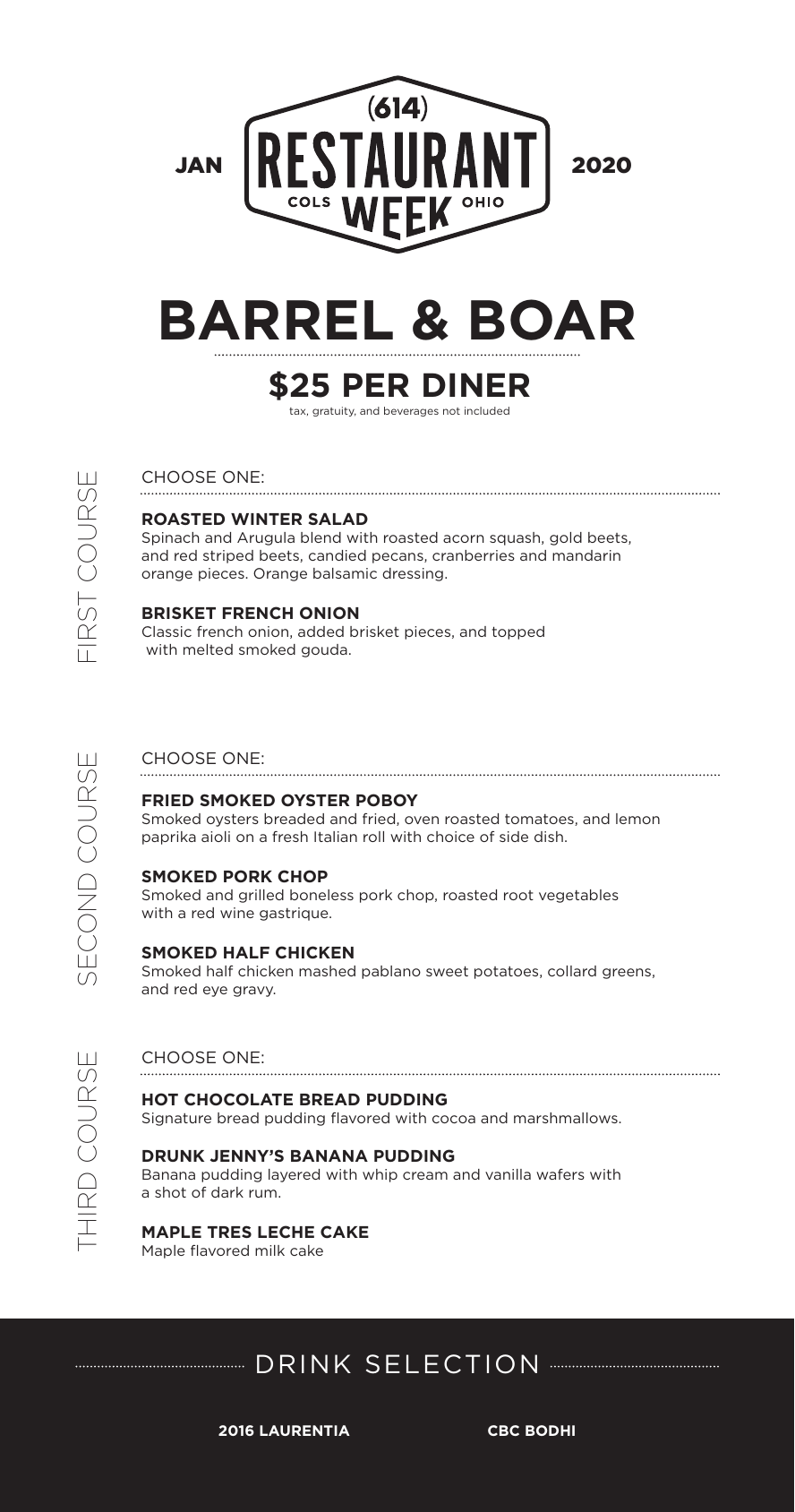 Pivot is often a term used in start-up companies. It's when a company decides that what it's doing is working, but not entirely, so they move the strategy in a direction that is more profitable. It takes careful planning and months of execution to get it right. And when it comes to breweries in Columbus right now, there has been plenty of pivoting, however, very little time to prepare.

For Colin Vent, head brewer of Seventh Son Brewing Co., and Bob Szuter, co-founder of Wolf's Ridge Brewing, there have been many shifts in their day-to-day operations. While both breweries are still operating—as they are considered essential business under the shelter-in-place order—their focus has moved from filling kegs for the various bars that carry their brews to bottling and distribution. More specifically, the breweries are finding new ways to get the beers into homes beyond the traditional method like stopping in at the bar, or picking up a case at the grocery store.

"We've had a very, very strong carry-out presence every single day," Vent said. "We're selling like 100 to 200 six-packs a day out of the little reach in cooler. We've never seen carry-out like this before; even on a good Saturday we wouldn't sell that many."

While much of the staff at the breweries are furloughed or laid off, this new addition of direct home delivery has provided small financial opportunities to the staff if they were interested.

"All of that is great, but it doesn't make up for all revenue we are losing by not being able to sell pints," Vent explained.

And that seems to be the issue at hand for Vent, Szuter, and presumably other breweries in the city. Breweries make a good portion of its profits through pint sales. When folks can't visit the bar to grab a drink, the ripple effects quickly become an issue. Vent cited variables like long-term contracts with hops distributors as these pre-existing orders were made under the pretense of last year's sales and this year's projections. In other words, these breweries simply aren't producing the same amount of beer as before, but the purchase orders of ingredients are still under contract.

For Szuter, he's skeptical that the Payment Protection Plan—a loan designed to incentivize small businesses to keep employees on their payroll—just isn't enough to cover all the costs that goes into operations.

"For us to bring back and match the full-time equivalent, we'd have to bring back 65 people and there's just not a business for 65 people right now," Szuter explained. "There's enough [work] for maybe 20, 25 [employees]? Maybe 30 if we want to be really aggressive with labor."

There's also the lingering unknown that plays a major role for Szuter: will these loans be forgiven?

It's been a marathon full of hurdles for these breweries. Szuter said as he and his team prepared all the required information on a Wednesday to apply for these loans, by Friday those requirements had changed forcing him to gather the new information needed and resubmit. Fortunately, WRB has been around for seven years and has built solid relationships with the banks they work with. It made getting this information less difficult, but still frustrating. These relationships, however, might not be the case for other breweries and bars.

Szuter said he's not only concerned for his own business, but other small businesses in Columbus as well. And it's also why he's asking our political leaders to step up and provide some clarity to this fast-paced and on-going situation.

And, in times like these, Vent said it's crucial that the community supports local now more than ever.

"Buy hyper local," Vent said. "This isn't just like, 'Oh, bummer! There's less beer on the shelf. There's a brewery out of business.' And it's like no! It's people out of business. At the end of the day it's people suffering. It's not about the brand, like the Seventh Son IPA doesn't give a shit if you drink it or not; it's Barry and Tito and all the guys that work here. It's those people that need the support."

"I watched Governor DeWine and Dr. Acton's press conferences, and all the Facebook comments I was reading conveyed a sense of great appreciation of their leadership. At some point I jokingly thought to myself that all they need is a theme song. Growing up in the days when every show had a theme song, the "Laverne & Shirley" theme popped into my head for some reason, said Stofka.

"I knew technically how to pull it off. The jokes started flowing the more I worked on it and bounced ideas off my family and a couple friends. It snowballed from there," said Stofka.

The 1:20 video offers a light-hearted take on the state government's efforts - led by DeWine and Acton - in combating the coronavirus pandemic. The video is based on a hilarious take on the "Laverne & Shirley" theme song, performed by Stofka's friend, Elisa Grecar.

"My goal in this was to bring smiles to people's faces. It's so easy to focus on the negative and difficult to focus on the positive -- not just in times like this but in life in general. I love that Ohio's motto is "With God, all things are possible" -- it made a perfect tagline at the end -- and personally it has given me a lot of hope to get through this," added Stofka.

The COVID-19 outbreak has all but canceled every event slated for April, but that isn't stopping the Columbus College of Art and Design from finding ways to safely move forward. Though there won't be an in-person Spring Art Fair this year, folks can still support these students and their artwork through the first ever virtual installment of the showcase.

Spanning April 10 to April 12, the CCAD Spring Art Fair will have its students projects, designs, and creations available for purchase online. The day kicks off on Friday at 5 p.m. and ends Sunday at midnight. All proceeds from the event will go directly to the artists, makers, and designers.

CCAD is also running a giveaway for anyone who makes a purchase during the Art Fair. If a visitor spends $50 or more and posts their receipt (without their personal information visible) to Instagram with the hashtag #CCADArtFair, they will be entered in to win a $50 gift certificate to CCAD’s Continuing & Professional Studies classes. Three winners will be selected randomly on April 13.

To find out more about the Art Fair, visit ccad.edu/experience-art/art-fair.

Listening In Place: The story behind the front porch cello concert heard around the world