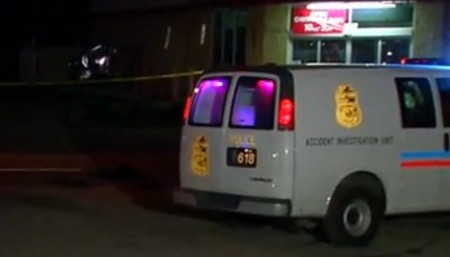 When Columbus ex-pat Ahmed Gallab (Sinkane) set out to record his third album, the just-released Mean Love, he and co-producer Greg Lofaro had only one objective in its completion – “no love songs.”

“But still, the sentiment of love was important to us,” says Gallab, on a break from his recent European tour. “The album’s more about the relationship a person has with life. It’s really no different than a relationship with a significant other. It can be tough, it can be challenging, but in the end it’s worth it. Love, fear, hate, excitement, and joy, all of those things are universal and that’s what we’re talking about here.”

On Mean Love, that relationship with Earth, the universal, is apparent on every track. Afro-pop horns reminiscent of Fela Kuti appear on the stunning “New Name,” Brazilian bossa nova snakes through the lilting “Moonstruck,” hard ’70s funk is the template for “Yacha,” and there’s even a pedal steel weeping from some abandoned Southern honky-tonk on the tear-in-your-beer ballad “Galley Boys.” In the video for “How We Be,” Gallab can be seen roaming the streets of his adopted home of Brooklyn with choreographed dancers in tow, adhering closest with the gritty dance-punk beats of his label DFA.

Since leaving our city and pursuing a career with Sinkane full-time in New York City in 2008, Gallab has seen a lot of the world. He’s played session man on endless tours with bands like Of Montreal, Yeasayer, and Caribou. Returned to his native Sudan for inspiration (as seen on the cover of his last album Mars). Sat in with the Afghan Whigs and Usher at a surprise SXSW gig. And this past spring he was a vital member of Atomic Bomb, a star-studded tribute to Nigerian funk pioneer William Onyeabor that saw him rubbing shoulders on the Tonight Show with Money Mark and David Byrne. It’s been a whirlwind, but most of that globe-trotting wanderlust has been funneled into the grooves of Sinkane.

It’s as if Gallab is the Carmen Sandiego of indie rock – letting his many travels serve as the primary influence for the songs rather than a self-serving ego. It’s music that certainly has a love for the world, the positive vibes that can come with waking up every day in a different city and a feeling that Gallab has yet to set his feet (literally and figuratively) anywhere in particular. On the surface it appears to be a charmed life for Gallab, but the tireless hours spent crafting the meticulous Mean Love was not without sacrifice.

“I learned so much from being involved with the Columbus D.I.Y. community. I’ll never forget that time in my life. It made me believe in family and community on an entirely new level.”

“I want to react to the time between Mars and Mean Love with a bit of enthusiasm,” says Gallab. “I wish I could, but I’ve spent all of this time working. I was living on my sister’s couch, working jobs that I hated, and I devoted 300 percent of myself to making Mean Love. I gave up my comfort for it.”

In that loss though, Gallab admits to finding a community of like-minded musicians who helped shape his vision of Mean Love into the album it is today. Where his debut, 2008’s Color Voice, was a solitary collection of inward loops and melodies, Sinkane’s current model is a celebration of collaboration, harnessing the many connections made over the past few years into a vivid, vibrant, and sometimes chaotic kaleidoscope of living in the moment. It’s something Gallab readily attributes to his time spent in Columbus.

“I learned so much from being involved with the Columbus D.I.Y. community,” reflects Gallab on his evolution starting in hardcore with local bands Sweetheart and Pompeii This Morning, and onwards to what he is today. “I’ll never forget that time in my life. It made me believe in family and community on an entirely new level. I always try to focus all of that energy into Sinkane.”•