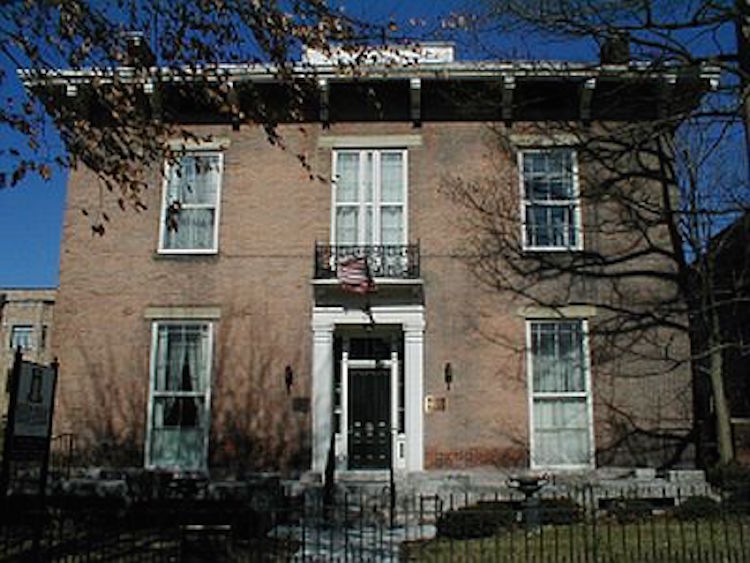 Among his earliest musical memories, Milanov recalls the day when his parents brought a record player into their home in Sofia, Bulgaria, along with a set of records containing mostly Bulgarian pop music and a single classical track—Tchaikovsky’s Piano Concerto No. 1.

“I was glued to that record-playing box,” laughed Milanov, who spent hours with the music until he had memorized all the tracks and words. “It really changed my life; after that I never really considered any other dream.”

Now, the dream has brought Milanov to Columbus as the new Music Director of the Columbus Symphony Orchestra.

Milanov started playing the violin at age six and sang as a soloist in children’s choirs, an endeavor that took him traveling to four different continents by the age of 12. Saddened when his treble voice changed as a young adult, he took the advice of a friend who encouraged him to study the oboe, the most human-sounding of musical instruments.

“So that became my voice that I lost,” he smiled.

The oboe did more than give back Milanov his childhood voice. It helped him earn a masters degree in oboe performance at Duquesne University, where he studied conducting at The Curtis Institute of Music and The Julliard School. He has been affiliated with several prominent orchestras such as the Princeton City Orchestra, Orquesta Sinfónica del Principado de Asturias in Spain, The Philadelphia Orchestra, and most recently, the Chautauqua Symphony Orchestra.

Milanov comes to the capital city with the highest regard for the quality of its symphony orchestra, his primary reason for accepting his new position.

“I think the orchestra is absolutely amazing,” he said, praising the dedication of Columbus musicians, not just as performers, but as residents of the city. “They make a huge difference in the community by passing on that musical tradition, that expertise.”

“The time has come for Columbus to also identify itself not only with the success of its own companies…but also to have a cultural scene that’s going to match that enormous development.”

Additionally, Milanov sees Columbus as a vibrant and growing city located in a midpoint of the country with opportunities for exciting artistic experiences as trends cross the country and newcomers arrive with a different set of artistic expectations. Milanov’s own explorations of Columbus, while still limited by his travel schedule, have taken him downtown, to the Short North, and to the Columbus restaurant scene. As a passionate chef, he has become especially fond of Lindey’s in German Village and Rigsby’s Kitchen.

The CSO certainly exists to contribute to the culture of Columbus, but Milanov believes it also has an opportunity, like other urban centers such as Chicago and Cleveland, to artistically express its accomplishments and identity as a community and to evoke a sense of community pride. “The time has come for Columbus to also identify itself not only with the success of its own companies…but also to have a cultural scene that’s going to match that enormous development.”

Milanov anticipates a future of collaboration with both Opera Columbus and BalletMet. He has already met with the two organizations to discuss possible projects that will take the CSO into its next artistic phase.

Milanov’s upcoming season with the CSO will include “Organ Symphony” by Camille Saint-Saëns, the premiere of a new cello concerto by modern American composer Mason Bates, and the well-known “Bolero” by Maurice Ravel.  There will be some surprises during the season for concertgoers as well.

From his experiences as a young musician and as the director of several youth orchestras, including the Chicago Youth Symphony Orchestra, Milanov feels a special obligation, if not a privilege, in shaping the next generation of musicians, and consequently the role of the classical music genre in our lives. Music naturally teaches the rewards of persistence, teamwork, and personal responsibility, Milanov explains.

But the escape found in music, he adds, is one that causes us to look at the world unconventionally.

“It makes your experience on earth much richer because you have something more than your very simple sustenance type of lifestyle,” he said.  “It makes you value, most importantly, different opinions and different ideas.  People that do arts are a lot more accepting because they realize that the art form is basically a reflection of what the person sees or hears.”

Despite his own introduction to music through recordings, Milanov stresses the importance of the communication that is present in the live performance, especially now, when art is so easily accessible, digitally.

“I don’t think technological progress could really alter the essence of a musical experience…we still need to go and hear it as a part of a group. It’s a communal experience.”

And now under the baton of the enthusiastic Milanov, that experience in Columbus looks to be fresh and exciting for years to come.

“I am extremely optimistic about the timing, my role here, and also the state of the arts here in Columbus.”

Rossen and the CSO will return to the stage with Organ Symphony on January 30-31.