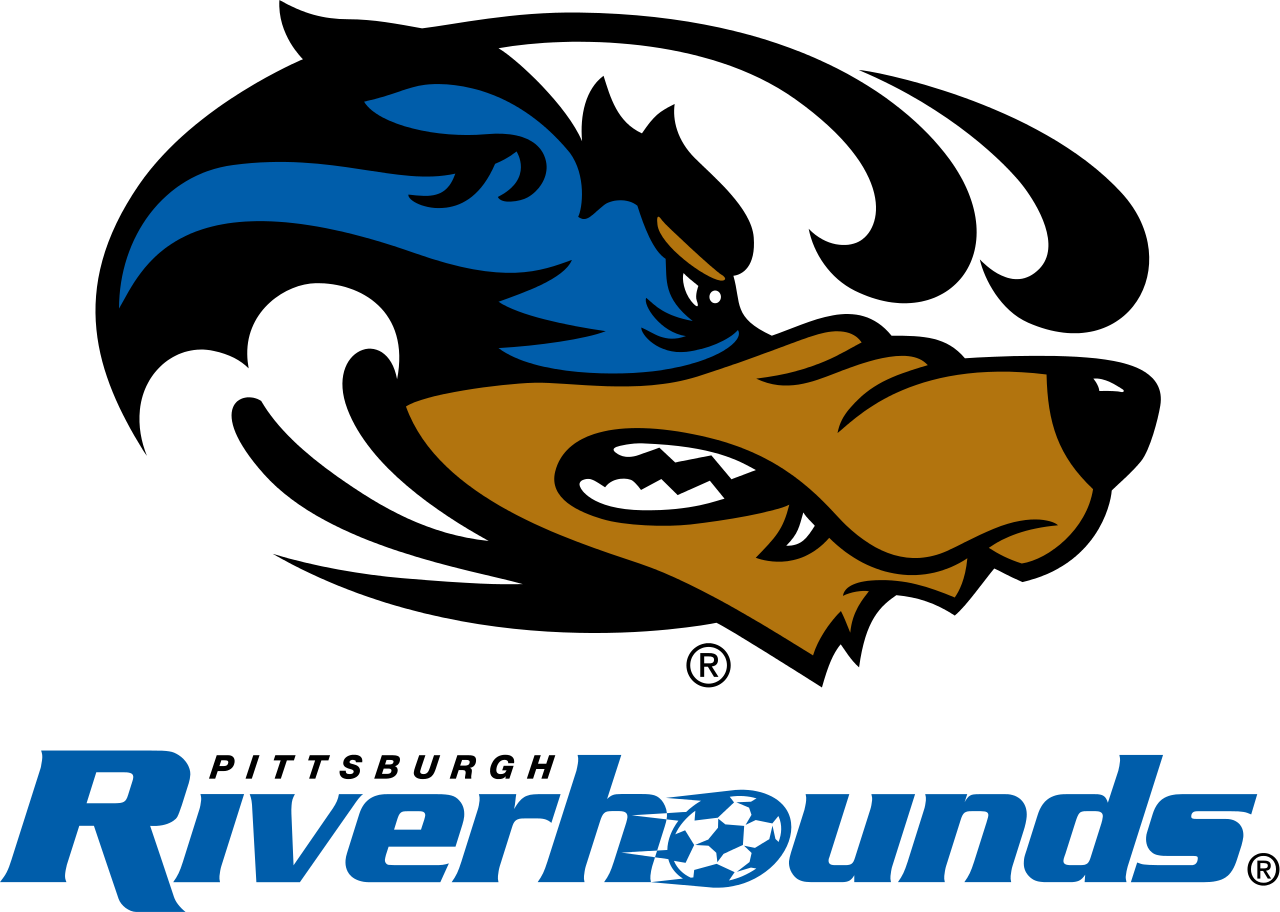 Judging from the tape, it was a lively Friday night at Ipps drummer Mike O’Shaughnessy’s apartment when the band gathered for an interview. There was quality beer and legendary pizza abound.

In the beginning, I notice the faint strain of John Fogerty and Credence Clearwater Revival’s  “Bad Moon Rising” through a setting on the hi-fi known as “quadraphonic background,” so as not to interrupt. Little did I imagine the song would serve as a theme, a symbol for the misdirection guitarist and songwriter Bo Davis wants to convey in the music of Ipps.

“It’s such an upbeat song,” says Davis later in the evening. “But he’s basically singing about how we’re all f*cked and we’re all going to die.”

Dead is Necropolis. That Waverly-born, Columbus-developed band, which also included Davis’s wife Emily, were light-years ahead of their time. This would likely account for them being eternally misunderstood. With their incendiary live shows and thinking-man punk, they birthed the city’s late ’00s buzz – the trash-pop of Times New Viking, the “shit-gaze” of Psychedelic Horseshit, and the wiry, neurotic mantras of El Jesus de Magico. With the foundation of Columbus Discount Records, they also single-handedly filled a void for collector scum with a prolific streak of local albums and singles. May they rest in peace. But out of those ashes, and as far back as 2009, Davis was writing songs that didn’t quite fit.

Ipps’ just-released debut Everything Is Real – a title quipped by the Davis’s four-year-old son Daniel and the latest entry in the growing Superdreamer Records stable (see page 32) – is in many respects a logical extension of Necropolis. Bo and Emily are still punks at heart, still Crass fans, and still drawn to noise that is discordant and left-of-center. Check out the boy’s club hardcore of Bo’s other band, Messrs, for proof. Yet, on this album, though those old habits seem to die hard, in the gravelly bubblegum of “U Need 2 Bleed” or the dusted basement prom theme of “Yr. Thick,” there are clues that the Davis’ are shinier, happier people than was ever on display in their former band.

“On the surface it is happier,” says Bo. “When I started this project, I wanted to write stuff that was the absolute opposite of Necropolis. Where Necropolis was pretty abstract, there’s much more of a narrative with Ipps. It’s way more personal.”

“Keep it simple and stupid and much less athletic,” adds Emily, who shares vocals and, sans bassist, gives Ipps their low-end with her dirge-like keyboard tones. “It’s more intuitive than anything I think. We barely practice.”

Maybe it’s parenthood that shed some of the angst and replaced it with dulcet harmonies, sentiments towards introspection, and inspired melodies…maybe it’s not. Still, in the mortar-pop directness of “Never Sleep,” which pits the pretty vs. the messy, Beat Happening versus the Ronettes, grunge versus doo-wop, it’s hard not to at least see Ipps as a noble experiment similar to planning your schedule around the life of a toddler.

One of those juggling acts for Ipps comes in fielding two drummers. The telekinesis between O’Shaughnessy and Matt Bisaro creates both lock-step swings and an echoed instability throughout Everything Is Real. It’s a trait quite unique to Columbus, especially for a tried-and-true rock band, but when both guys played first chair at two separate shows, it was inevitable that neither would give it up – so the strategy stuck.

That though, is where any forethought ends with Ipps. While Bo admits that Everything Is Real was initially supposed to have a definite thread, with chapters and an elaborate thesis, he felt the process to be too pretentious and instead wrote a number of songs in the studio, off-the-cuff, while the album was being recorded. Such is the spontaneity and bright bursts of inspiration inherent in Ipps – a band full of Columbus lifers, growing old, but keeping their lifestyle anything but dull.

“We’re like the groups you hear on a.m. radio,” concludes O’Shaughnessy. “Except it’s cranked up beyond comfort.”

To check out where Ipps plays next, or to listen to Everything Is Real, visit ipps.bandcamp.com.

To honor the memory of George Floyd and fix the injustices surrounding his death, the music industry has designated Tuesday as a time of pause to collaborate on ways to better support the black community.

The message that circulated around social media quickly on Monday stated that “Blackout Tuesday” is being used as “a day to disconnect from work and reconnect with our community” and “an urgent step of action to provoke accountability and change.”

The movement has been gaining momentum under the hashtag #TheShowMustBePaused. Major labels such as Capitol Music Group and Warner Music Group announced their alignment with the “Blackout Tuesday” cause.

Companies have also announced practices such as pausing social media activity throughout the whole day.

Spotify and ViacomCBS have already announced an 8 minute and 46-second moment of silence for Tuesday. The time reflects how long the Minnesota police officer dug his knee into the kneck of Floyd.

Can’tStopColumbus took a quick pause when the pandemic shut down the world and asked two questions:

Our elder community was one of the major demographics to have stricter socially distancing guidelines suggested to them. Holidays and birthdays went by without hugs from grandpa or grandma’s cookies.

Out of the need to fill that missing love in the life of American seniors, the idea of Curbside Concerts was born. Anyone is able to jump on the Curbside Concerts signup page and request a concert for an elder, sick people not able to leave the house, or a simple celebration.

Sending a concert telegram is free, and you can also leave a message for a loved one and suggest what type of tunes the organization-selected Columbus-area musician.

So far, the feedback has been inspiring.

“People cried. I cried. We cried. It was beautiful,” said Zach Friedman, one of the service’s founders and creators. “We had a powerful idea on our hands, and the amazing power of the #Can'tStopColumbus community to scale it and bring it to life.”

To date, Curbside Concerts has had over 50 volunteers. Their job is to drive around a Columbus musician and their equipment with trucks provided by Ricart Automotive. It’s a road trip around the Columbus area, delivering concerts to those who may just need their spirits lifted. It’s like a non-depressing version of Inside Llewyn Davis.

Support has come from all ends of the Columbus creative community, including The Columbus Foundation, Greater Columbus Arts Council, Streetlight Guild, and What? Productions. Through these organizations, musicians are able to be paid for a route that usually lasts five to six hours. 100 percent of the donations they receive on their route also goes to the musicians.

Friedman is asking people to keep requests to older audiences.

“Working with local musicians to perform curbside at people's homes is the vehicle or medium, but the real thing we are doing here is connecting those to older people they love, with an authentic and emotional experience to send love over,” Friedman said.

We found out pretty quickly how much as a collective that we take live music for granted. Live streams have been a temporary, dulled-down replacement. You realize how long people have been robbed of the experience when you see a musician pull up in a pickup truck, set up in five minutes, and serenade neighborhoods with songs like “Lean on Me” and “What A Wonderful World.” It starts off with a message to one house and then resonates down the street, like the citizens of Gas Town rushing to The People Eater for even a drop of water.

For most people, it was their first taste of live music since mid-March. While we may want concerts to return as soon as possible, its productions like Curbside Concerts that display the emotional power of music.

To request to send someone a concert, follow the link here: https://sendaconcert.herokuapp.com/request

To volunteer for Curbside Concerts, follow the link here: https://www.signupgenius.com/go/9040b45abaa22a4fb6-curbside