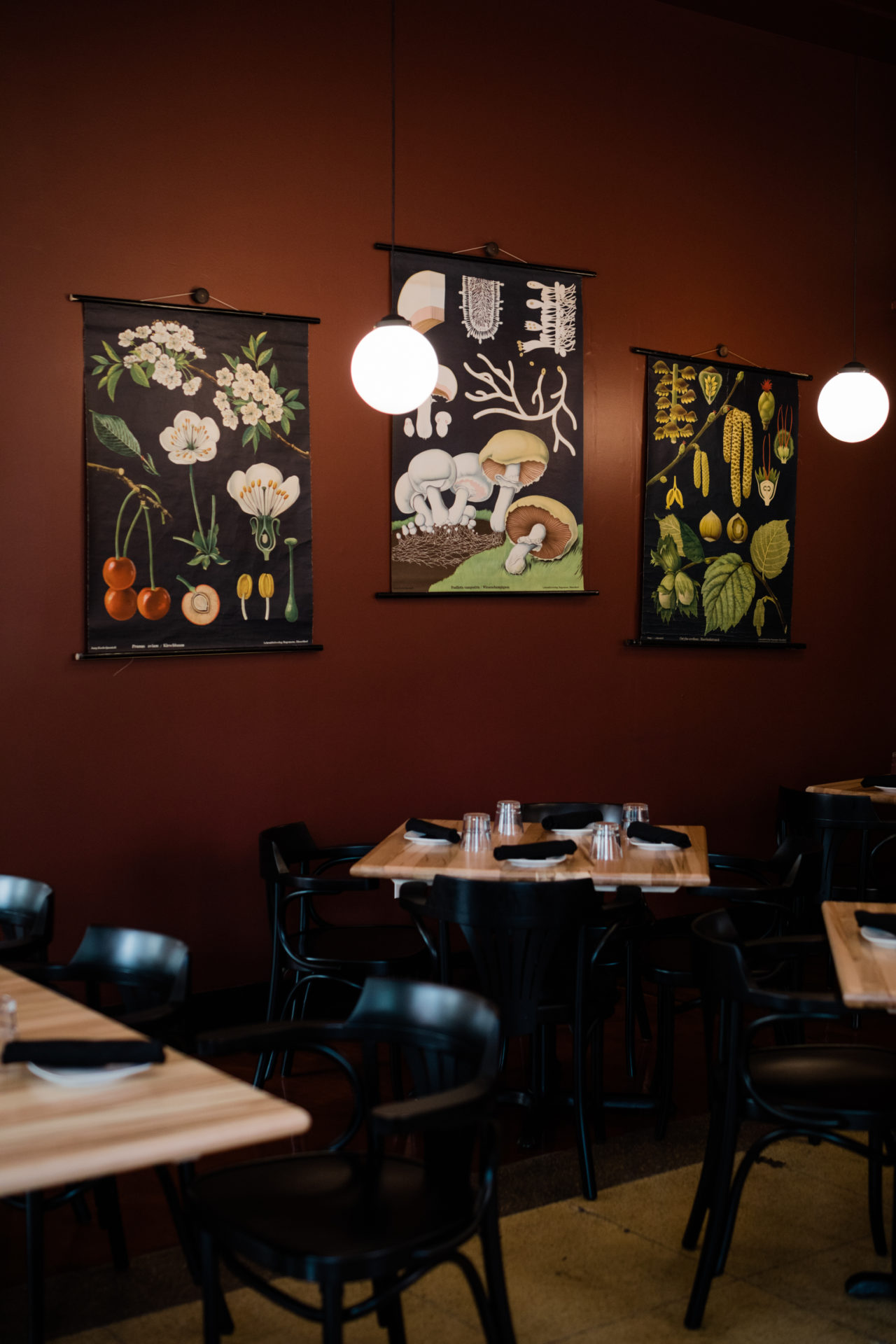 Random: Found outside of our office, what is this?

Stock & Barrel and (614) Magazine devote plenty of ink to the people with their names at the top of the menus. This is the fourth in a reoccurring series of the integral employees in the culinary trenches, the guys and gals behind the guy or gal.)

It only stands to reason that as the city’s food and drink scene evolves, so will our long-time restaurant/bar owners along with it.

Or perhaps they are the ones pushing the trends.

In either case, you’d be hard-pressed not to notice the shift in concept and clientele for Chris Corso, the former nightclub owner turned Park Street mogul who has changed his focus in the last few years toward the burgeoning Short North strip.

Leave it to him and his crew, fresh off a highly successful opening at the massive Pint House, to come hot out of the gate with their Forno concept—one of this year’s standouts in a crowded field. They’ve cultivated that elusive vibe that sits perfectly astride comfortable and upscale, the type of place that can double as a quick-and-easy happy hour spot or a late-night romantic dinner destination—the type of place where there is an army of willing staff members to serve you without overwhelming you. Director of Operations Reed Woogerd has applied his savvy touch to yet another new concept after helming the ship at Pint House, and he has seen impressive results from Executive Chef Vince Martin (left), a 28-year-old with stints at other Short North fine-dining stalwarts L’Antibes and The Table. Let’s go Behind the Line and meet his young and passionate team:

Kamel is the literal guy behind the guy. The righthand man that Martin affectionately compliments as “straight gangster” brings a diverse palate and over a decade of indispensable food knowledge.

“His ability to balance flavors and help create new dishes is one of the strengths that make  him such a valuable asset to Forno,” Martin said. “He allows me to focus on more managerial aspects of the restaurant while not losing touch with the passion that is cooking.”

An eccentric Irishman and a working machine, James “JT” Thompson runs circles around the young ones in the Forno kitchen says Martin. Thompson handles the preparation and quality control of the food that Forno customers enjoy each day.

“JT is the behind-the-scenes guy with an unbelievable work ethic,” Martin said. “Without his wisdom and experience, Forno’s toolbox would not be anywhere near as full as it is.”

You can’t brag about your pizza without a mastermind behind the pie, which is why Martin relies on the laser-focused Stevens, who quickly rose from line cook to pizza supervisor, a pizza nerd who cares more about pizza crust than your average guy. In his own words, he needs a “beautiful crust to make a beautiful pie.”

“Ty has an attention to detail that is unmatched by anyone I have ever worked with,” Martin said. “He is so passionate about his ‘pies’ that he actually has tattoos to prove it!  His skill set is so hard to come by, and his work is undoubtedly miles above everyone else’s.”

Martin clearly likes to have fun with his staff, ribbing each of them while offering his glowing assessment of their skills. He refers to Weigel as being “glucose-challenged, but still manages to add a little sweetness to [the] kitchen.”

Weigel gets props from his head chef for his incredible ability to multitask and his cool demeanor, balanced with proper cooking technique that produces beautiful plates.

“He’s a force on the line,” Martin said. “He is a cook who can keep up with service and still have the composure needed to produce an excellent quality of food. He is the glue that keeps Forno’s line in place. I know that in the trenches and battles of service, he is the one I can depend on.”

The least experienced of the group is the most enthusiastic member of a kitchen staff, as is often the case, and that’s certainly true with Taylor, whom Martin says is “a firecracker” both on the line and outside work.

“Katie is a fresh face in the industry, but being relatively young and inexperienced, her passion and ability to produce great food have made her one of the best cooks at Forno and one of the biggest assets to our company,” Martin said. “She is always positive and it shows in her work. Her potential is endless and her drive will set her up to be a force in whatever kitchen she works in.”