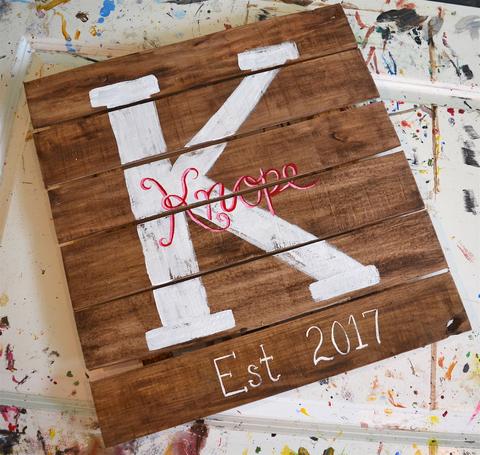 She was elegant. She was confident. She was smoking. She appeared on the locker of every American G.I. during World War II. She might have been Betty Grable, in a swimsuit and heels, looking over her shoulder. She might have been Marilyn Monroe, kneeling on a bed, mouth open and eyebrows raised, carelessly pulling a brush through her hair. She might have been one of many burlesque performers, advertising her show. She was a pinup girl of the 1940s or ’50s, an iconic American sex symbol, one of the first images of women designed for mass appeal and mass consumption. And in 2015 in Columbus, she is back and she is ready to kick ass.

After turning 35, Honey Merlot, a local musical theater performer, was grasping for the next big thing she wanted to do, and was also unhappy that she had gained weight. When a friend showed her some boudoir photos she had taken at Taryn Lindsey Photography, Merlot took a pause.

“I was just enamored by the pictures,” Merlot said. “The thought went to my head, ‘I want to be pretty. I want to look like that.’” She stalked Lindsey’s Facebook page for a time before working up the courage to book a shoot, where she and Lindsey settled on a particular pinup style, including hair, makeup, and wardrobe.

“The transformation was amazing. I just felt so good about myself,” Merlot said.

Lindsey’s vintage/retro-inspired photography, characterized by colorful, crisp, magazine-quality images, has had a similar effect on many clients who have become emboldened to step out confidently in public again or to wear a bathing suit for the first time in years. While pinup models may have initially promoted a “standard of beauty” for women, the pinup revival includes women of all ages and body types, becoming a tool of self-acceptance and positivity.

“Pinup isn’t about having the perfect figure,” Merlot said. “Pinup is about finding the glamour in the size that you are now.”

Well aware that pinup modeling can be considered superficial or exploitative, Lindsey focuses the photo shoot experience on her clients, asking them questions about their favorites and personal style, even before the shoot begins. “There’s a lot of photographers that are doing pinup, and it’s a guy in his basement with his camera, and it’s for him. I’m trying really hard to do it for the women … I’m trying to make them feel however they feel good.”

“Pinup isn’t about having the perfect figure. Pinup is about finding the glamour
in the size that you are now.”

Lindsey is also the official photographer for the Ooh La Las burlesque troupe. Merlot eventually joined and met Cherie Blondell, the operator of Mon Cherie Entertainment. Merlot, Blondell, and Lindsey have combined their talents and resources to form the The Glamour Girl Academy, dedicated to empowering women through the arts of pinup modeling and burlesque performance. But for Blondell, what is now a channel for owning herself and her sexuality began as personal style.

“I didn’t start doing pinup to make a statement. It’s just how I wanted to dress,” explained Blondell, who’s been hitting thrift stores and wearing a flower hair accessory since her mid-teens. Partly raised by her grandfather, who instilled a deep sense of nostalgia in her, Blondell may have been born a few generations too late. “I kind of felt like I was discovering me … through Old Hollywood glamour.”

Beyond empowerment, pinup is a lifestyle, one which Merlot and Blondell have embraced, often turning heads as they sport victory roll hairstyles, red lipstick, and retro clothing on a regular basis. “People do look at you, and they wonder what the heck’s going on,” said Merlot, who routinely picks up her children from preschool dressed as if she’s just come from a photo shoot.

But the looks and comments are simply part of the pinup territory—expected—but neither solicited nor discouraged.

“The older men are my favorite,” Blondell laughed. “They’re like, ‘You remind me of my wife back in the day.’”

Once inside a locker or on a theater wall, pinup “space” is now a growing online phenomenon where models have created personas around their pinup “selves.” Pinup competitions, similar to beauty pageants, have also sprung up around other vintage/retro events, such as hot rod shows. Blondell said that while she is largely self-taught in creating vintage makeup, hair, and clothing styles, the past few years have seen an explosion of vintage resources for those who want to achieve a pinup look.

Merlot and Blondell are there too, to help women who want a bit of throwback experience, or for those who want to feel better about themselves through photography. And their enthusiasm is quick to rub off on those in their presence.

“I get so many ‘you go, girls’ you would not believe,” said Merlot. “I have had nothing but positive feedback from everyone I know.”