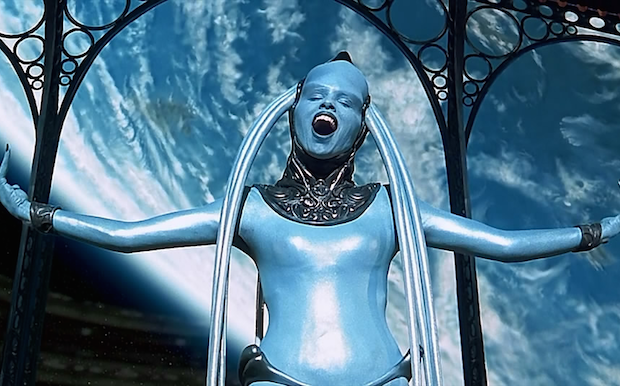 Movies, friends, snacks, and a whole theatre to yourself. What more could you want? It’s this intimate experience that the thinkers and tinkers behind Sci-Fi Sleepover at the Gateway Movie Theatre hoped to create for their dear attendees this weekend on September 17th.

Chris Hamel and his team at Gateway wanted to recreate the feeling and setting from the slumber party nights of their childhoods, where staying up was ok because you didn’t have any responsibilities and movie curation came from the distinct curiosity only a child has.

Jason Tostevin from Gateway said, “At the film center, we’re big on a sincere love of movies, and building that love. [Hamel] and several of the rest of us — had such fond memories of those endless slumber party nights where your friends introduced you to movies you’d remember the rest of your life. We wanted to recreate that experience for the city.”

This isn’t a marathon event instead, imagine that Gateway is your best friend, and you and the rest of your gang are coming over for movies. Movies you either love to watch a million times over or haven’t yet discovered. “It’s not a competition. It’s friends having fun. Watch. Snooze. Go out and talk movies or books, or play Atari. Whatever is fun for you at the time,” said Tostevin.

And it really is a sleepover! It’s a whole night of movie watching madness. If you need to take a break from watching some sincerely good sci-fi flicks, you can head over to the Gateway Film Center living room, where sci-shows are playing endlessly on tv screens, and you can even fire up Atari to get your fix of retro gaming. There’s no shortage of food either, and it’s all slumber party themed — from Pop-Tart sundaes to Tractor Beam bourbon drinks, there’s something to satisfy everyone.

Even the movie watching is a special deal, regardless of whether you’ve already watched these flicks or not. According to Tostavin, Serenity, the Firefly feature will be run on 35mm film, along with the 4k restoration of The Fifth Element, Predator, and Westworld.

For the film buffs, this will be a heavy duty film nerd-out sesh. For the film newbies, you get to experience the best version of these classic in the best possible way! To Tostavin, “It’s about a sense of easy going nostalgia and discovery.”

Tickets for the Sci-Fi Sleepover are still available and are just $25 dollars to purchase. The event starts at 11 pm on September 17th and runs through the length of the four featured films.

Lookout for their next sleepover, scheduled for December 2. If you’re hanging out with them on Saturday, then you’ll be in the know as to what the next movie lineup will be. GFC is also planning their next Horror Lock-In, similar to the sleepover, but a lot more about great and unseen horror films. Spooky.

For more information on all their events or to pitch a movie idea, visit GFC’s Facebook page and social media!