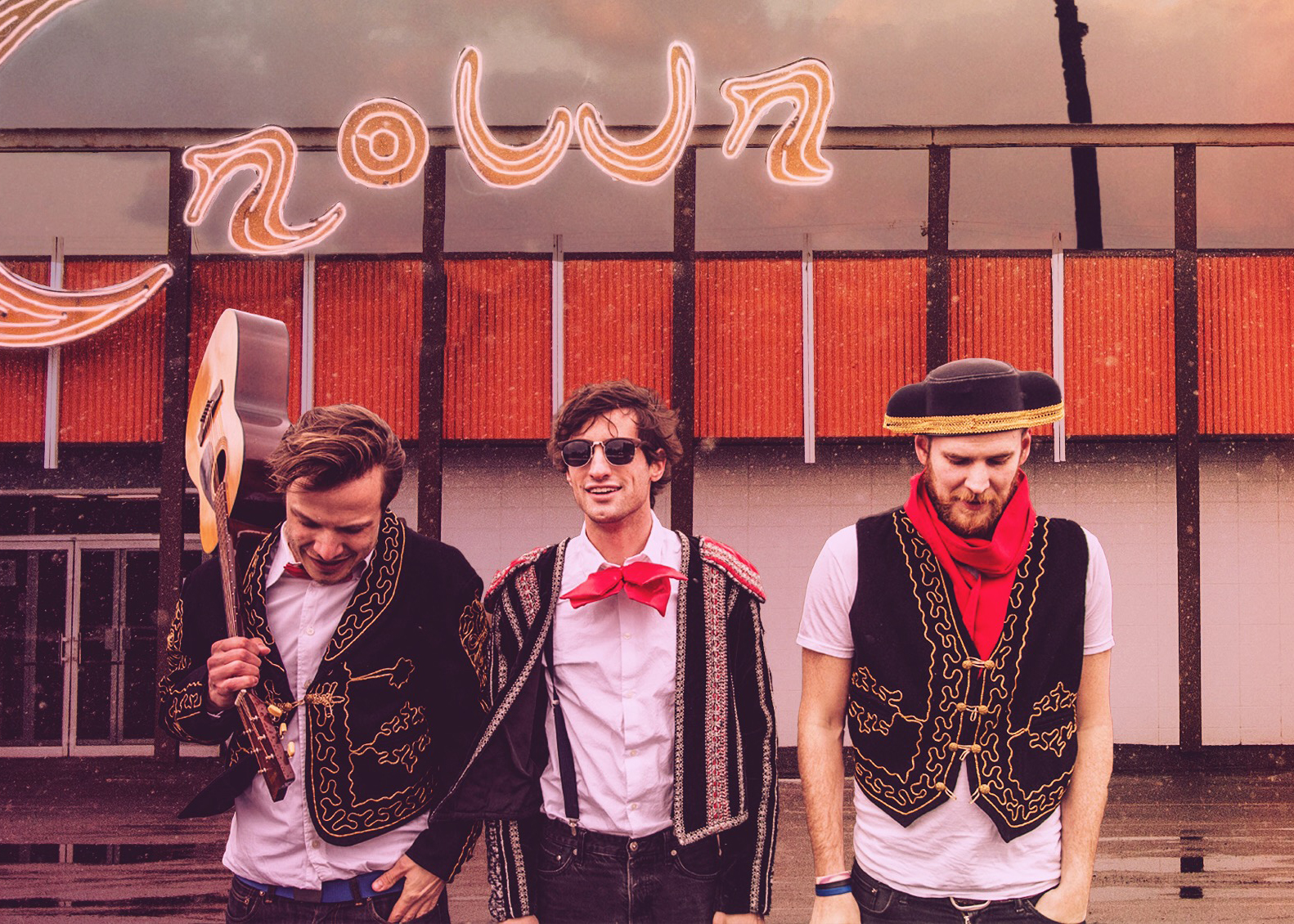 Your Shitty Job Can Make You Sick According to OSU Study

This week we have a very awesome and special guest curating our Columbus weekly playlist series, Nick D’ and The Believers.

They recently collaborated with Gateway to create their newest music video, which was filmed on High St.

They’re set to screen the premiere of their new video to Room Starts Shaking, off their new EP Crown, this Friday, August 26th, along with a free concert. Proceeds from the raffles and donations will benefit the OSU student org brand of Love Your Melon, to fight pediatric cancer.

We had the lovely opportunity to ask Nick D’ and The Believers some questions ahead of their video premiere.

Two years ago you were part of 614’s class of 2014, how have things changed since then?

We’re all two years older! Haha. We’ve added a few new members to the band: bass player Seth Bain and drummer Cory Webb. The additions have really enhanced our live show and filled out our sound a little more. In the studio, we’ve progressed toward a bigger sound with a wider sonic range, and we’ve added new instruments to the mix, like horns and more guitars. For our upcoming EP, we got the chance to work in a studio with a massive live room. It helped give this batch of songs a more expansive, anthemic feeling.

Sadly, it’s been way too long since we’ve played at Brothers Drake, but we’d still describe it as our second home for sure.

How did you get involved with Gateway for your video release?

As a band we really thrive on collaboration. It’s a big part of our group’s DNA, so we are always looking for other artists and/or organizations to collaborate with. Our experience has always been that when you keep the creative process open and fluid and invite talented, creative people to participate, the end result is always better.

With the video for ‘Room Starts Shaking,’ we’d been playing around with the concept for a little while and as we were getting closer to releasing the song, we started thinking about who we could collaborate with to make this video a reality. We approached the Gateway because of their focus on supporting the local arts community. Just this last summer, they started partnering with CD102.5 for the Local ‘n Live summer music series, so it felt like good timing to approach them about a music video. We were floored when they told us they were on board not just to sponsor the video but also to host the filming and a premiere and concert event. We can’t say enough how amazing it has been to partner with Gateway!

Explain the picks on your playlist!

For this playlist, we did an even split between new discoveries and old favorites. It’s kind of our soundtrack for the last month or so. Mostly summer vibes, but with fall creeping in from the corners.

Since Columbus is a relatively young city and it’s going through such an incredible growth spurt, there’s this electricity — this wide open kind of energy, where it feels like anything is possible. In some bigger cities, history and tradition can feel a little more stifling. There are harder barriers and heavier burdens to break through to bring your dream to life. That’s much less the case in Columbus. It’s almost like a frontier town in some ways; it’s still in the process of inventing itself. It’s awesome to be part of all of this. 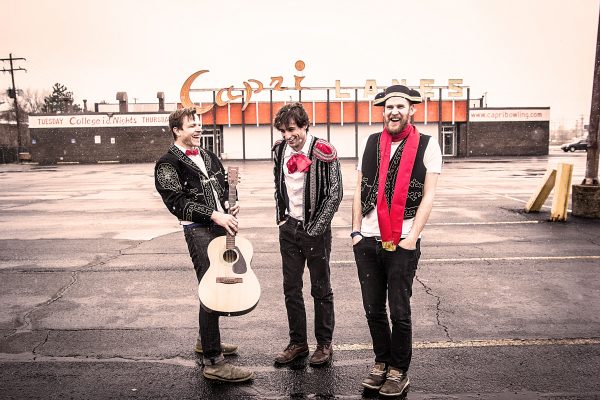 What’s the next upcoming thing for you guys, what are you looking forward too?

The Plaza Starts Shaking concert event this Friday is going to be awesome. We can’t wait to share our video in the place where we filmed it with the people who made it possible!

We’re definitely excited about our new EP Crown, that we’re putting out September 2nd. We put so much into this one and there’s a feeling of relief in letting it go and letting people finally hear what we’ve been working so hard to make. We’ve following up the release with a really fun tour, looking forward to bringing these songs to the stage.

We’re so excited to share what we have, but we’re also already working on the next batch of songs. We’ve started mapping out a concept for a series of songs woven together into one cohesive narrative, accompanied by an extended video. We’re already getting the wheels turning on that, talking about who we want to collaborate with, and getting pumped up to start all over again. 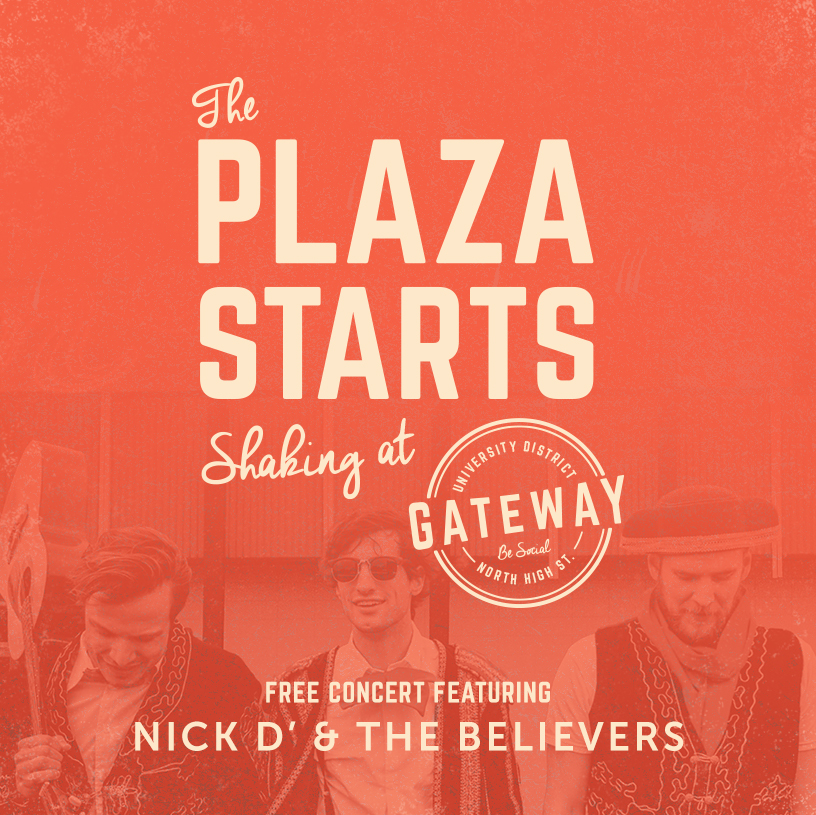