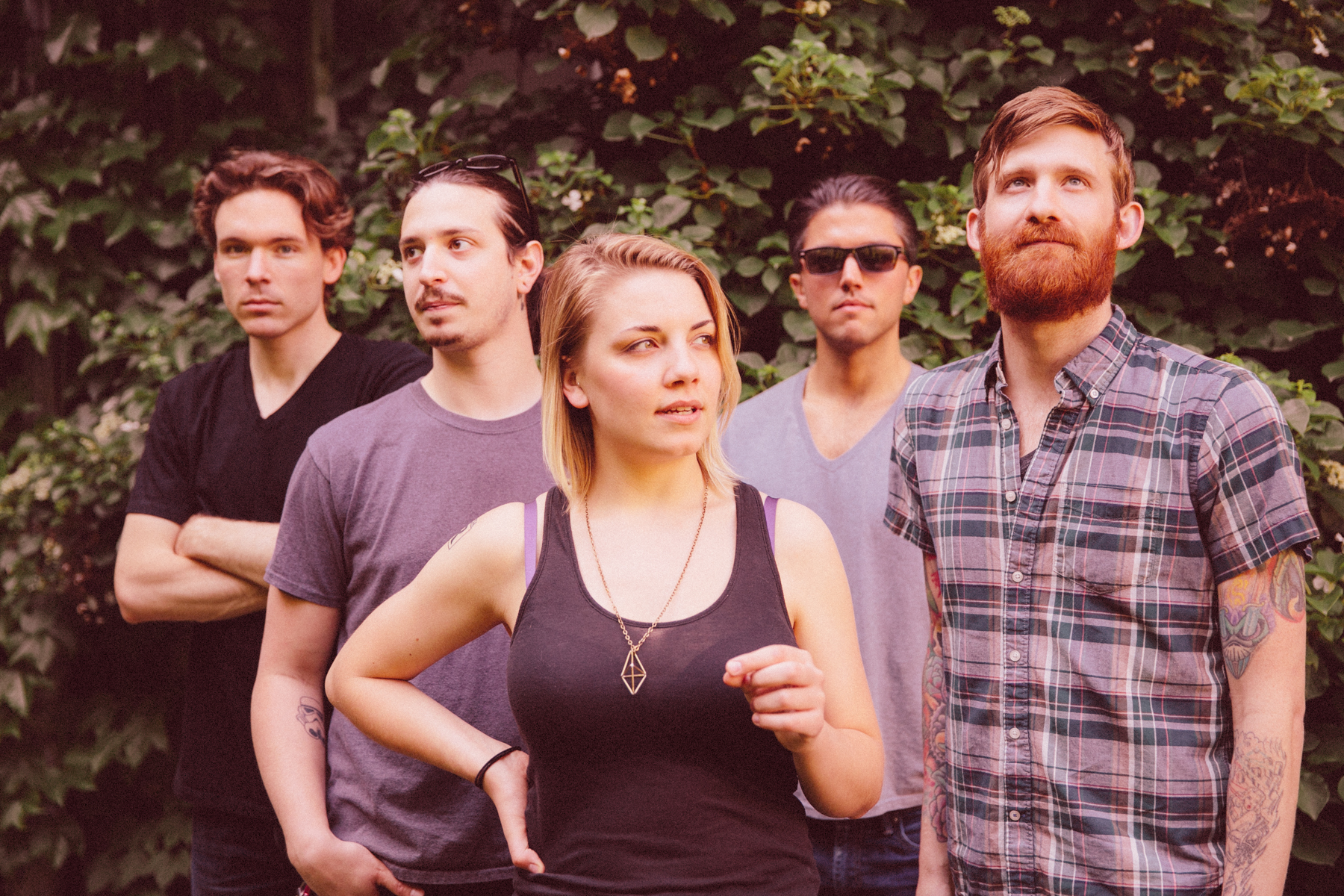 It’s been barely a year since The Cordial Sins released their debut album, DAZE, an ethereal haze of pop & post-rock. It’s a surprisingly cohesive debut album — each song has a distinct flavor but fits into their narrative, their sound. What’s most surprising is how hard it is to pinpoint their influences which is a testament to their vision as a band. The band consists of front woman Liz Fisher (vocals, keyboards, violin), Corey Dickerson (guitars, vocals), Kyle Edwards (guitar), James Weaver (bass), and Jeremy Miller (drums).

Since their debut, they’ve spent much of 2016 performing around Ohio and had the opportunity to open for several national acts, Genevieve, Night Moves, The Features, and Civil Twilight. Hell, you’ve probably heard them performing at CD102.5, having played their 25th Anniversary Celebration, Local Holiday Showcase, and CD102.5 Day Local Showcase.

I had the pleasure of talking with them about their upcoming Independents’ Fest show, where they touched on their new single, “Go On,” — a dreamy, slow moving epic that builds to a chorus onslaught of squealing guitars and a driving beat while Liz chants hypnotically the track’s title.

How do you guys get involved with Independents Day Fest

We’ve become pretty familiar with Independents Day over the last several years while many of us have lived in Columbus. I’ve always admired ID Fest because it’s always a great lineup of local bands alongside so many aspects of the Cbus community that rock — local food trucks, beer, crafts, etc. They’ve got the whole package!

Where can people find you?

We’ll be performing this Sunday at 3:45 on the Fantasy & Folklore stage, right before Mojoflo.

Is there a new album in the works?

We just released a new single, “Go On,” on Monday in time for Independents Day Fest. It is hopefully the first a of a few singles that we’ll be releasing during the coming months and can be downloaded for free at thecordialsins.bandcamp.com. And yes, we’re definitely working on new music.

You released your first album, DAZE in 2015 — what are the plans now that it’s been out?

We’re really trying to experiment more with the type of sound we’ll have moving forward. I think “Go On” is a pretty good indication of what’s to come, but we also like to have a bit of variety. Our current plan is to release a few singles, then maybe do an EP or a full-length. That’s TBD.

What’s on the horizon after Independents Day Fest?

After Independents Day, we’ll have a small string of shows but will largely be taking a step back so we can focus on new music and our next moves. We like to go into a sort of performance hibernation during the colder months so that we can focus on more creative output, especially since we’ve been so busy performing regionally. There may even be a music video at some point… but you’ll have to wait and see!