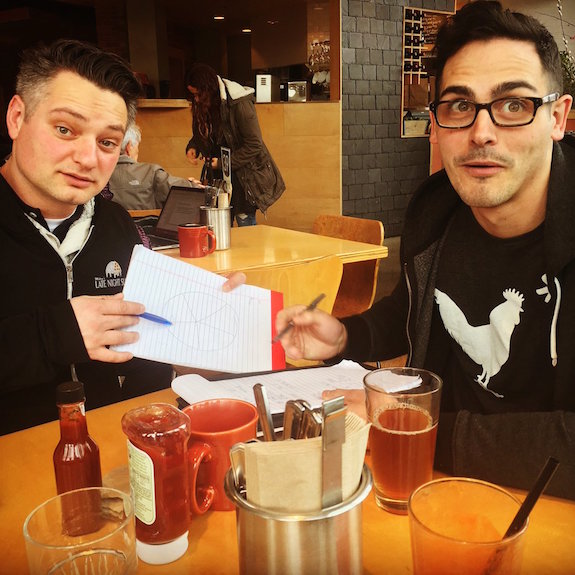 Columbus’ premier fried chicken stand and one of the capital city’s favorite late-night pizza joints are teaming up, and the results are bound to be delicious.

After a mysterious Tweet surfaced a week ago (see below), Hot Chicken Takeover and Late Night Slice announced today that the two restaurants will be teaming up to create a beautiful culinary Frankenstein that will go down in the annals of pizza history.

The Hot Chicken Takeover Pizza will be released on March 15 as part of a charitable event going down at the Late Night Slice on 268 S 4th St.

Tickets go on sale March 8 at 12 a.m., and will get you all-you-can-eat pizza and drink tickets.

Plus, the team will donate one diaper to the Columbus Diaper Bank for every dollar spent, an organization that benefits families in need.

For those who can’t attend the event, the pizza will be available exclusively at the downtown Late Night Slice until March 20.

One can only hope that the dish is popular enough to warrant a permanent addition to the menu, because I’m getting hungry just imagining it.