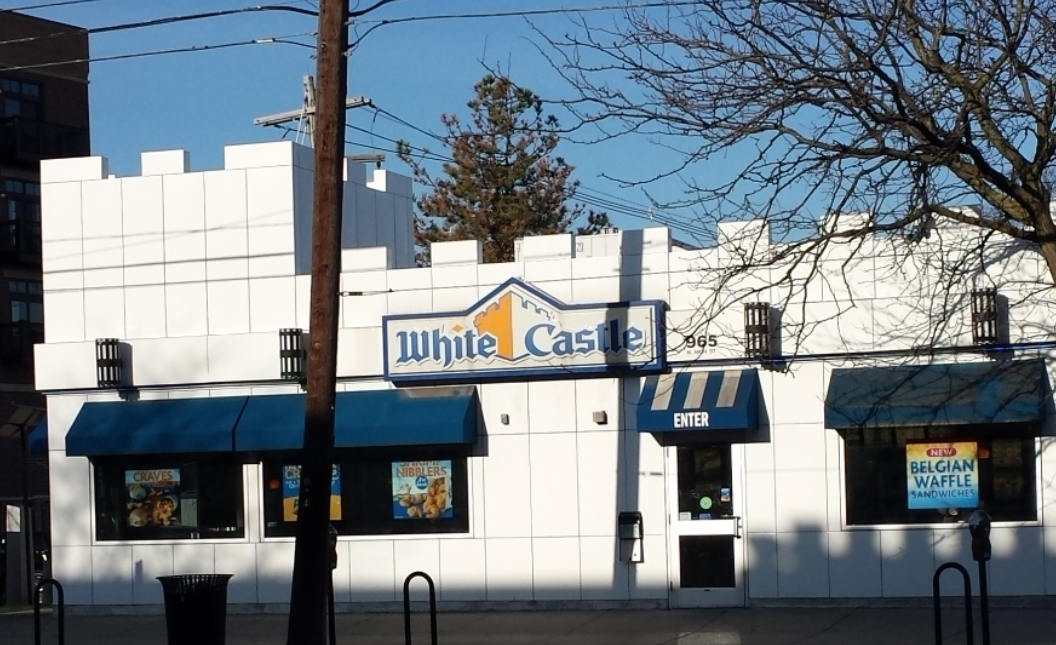 [edit: Now with gruesome video of the building coming down]

I’m going to miss the way the smell of dehydrated onions and steamed burgers confused the senses of passersby walking to Northstar Cafe. I miss watching them squinch up their noses in disgust, “What is that smell?”

It’s was a genuine smell; a smell that enticed and tempted you – and you knew full and well it was going to hurt you. They call them belly bombs for a reason.

I’m going to miss the advertisements for strange food items that hung in the window, changing so sporadically you’d be damned if White Castle wasn’t always serving: Belgian Waffle Burgers & Fish Nibblers. You never knew what you wanted or who you were – dancing between strange breakfast items, bizarre meal time novelties and downright offensive combinations. It’s okay though, you never judged us for ordering.

I’m going to miss the easy jokes I’d get to make about how you sell thirty burgers out of a cardboard suitcase.

I’ll miss the parking lot that was next to an entirely vacant lot that sat behind the building. Why did you even have such an enormous parking lot? You tempted us with your food but you tempted land developers even more.

Your lots were never full or packed. Only ever occupied by a handful of old men and women that still thought White Castle’s coffee was the best in town. A claim that hasn’t been true since 1919. They’d park in their trucks and sit in their folding chairs – were they bikers? Were they homeless? Were they just fans of White Castle’s tiny burgers and Ranch Chicken Rings?

No one will ever know. Because you’re gone.

Finally I’m going to miss the building – a testament to a nonjudgemental, welcoming place. It didn’t care that there was Nida’s Sushi across the street, or that the 14th gastropub had opened a few blocks down. It didn’t matter and they were going to serve deep fried onion petals with an ambiguously ‘zingy’ sauce. This wasn’t high falootin’ Columbus cuisine, no – it wasn’t even realistically that good for fast food. But it was there, ready to take you in at 2:16am. It was ready to embrace you, and hand you a legit suitcase full of freakin’ cheeseburgers.

No place does this, no place builds you a suitcase and puts hamburgers in it. Only White Castle and now, the only White Castle in the downtown/short north area of Columbus is gone.

We’re going to miss you. I know you’ll back, but you won’t be the same.