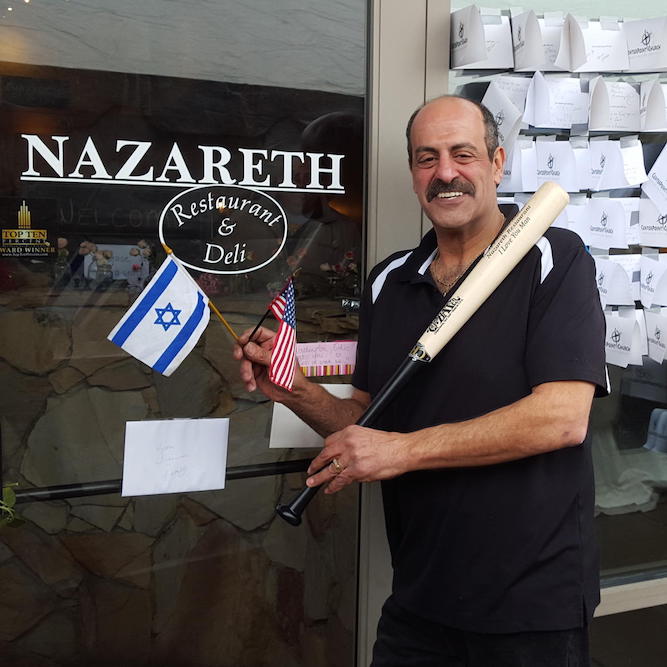 In an interview with TV station ABC 6 (WSYX), Nazareth Restaurant owner Hany Baransi said he will be moving back to Israel, but his restaurant will open today at 11 a.m. under his wife’s direction.

Following last week’s machete attack that injured four people, hospitalizing three, Baransi said that he does not want to be involved with Nazareth because he fears for the safety of his staff.

“Where is the outrage?” Baransi said, telling the story of the Somali-born employee who stopped the attack with a baseball bat, saying that he should be a hero.

He expressed concerns that the attack was not condemned as an act of terrorism, and for that reason he said he thinks President Obama does not care about him.

It is unclear what the future holds for Baransi, who said he is still processing the ramifications of the attack.

Hundreds of people ate at the restaurant this week in a donation-based, buffet-style format that benefited the victims.

“I hope that this country kind of wakes up, people wake up, be grateful for what we’ve got,” Baransi told ABC 6 reporters. “We’ve got a great country…. Instead of wasting the time of attacking each other and destroying each other, let’s use it for something positive.”

2/16/16: Nazareth Restaurant reopened last night to large crowds. In fact, so many people showed up that the restaurant had to close early.

And it’s easy to see why: instead of accepting individual orders, Nazareth served a buffet-style menu for free, accepting donations for the victims of Thursday’s machete attack as a form of payment.

A large tent erected outside the restaurant housed crowds of people and TV cameras, while handwritten letters of support wallpapered the front window of the restaurant.

One post on Facebook told the story of owner Hany Baransi being his usual outgoing self, greeting customers with handshakes and exclaiming, “I love this country.”

The restaurant plans to serve customers in the same donation buffet format today, and it’s set to open at 11 a.m.

2/15/16: Closed since Thursday’s machete attack, the Nazareth Restaurant and Deli is opening back up today at 11 a.m. serving a buffet-style menu.

The restaurant announced the reopening in a Facebook post that said they will be returning to the normal menu in a couple days.

“It’s not going to be a mourning place,” owner Hany Baransi said. “There were a lot of emotions and stuff. I wanted to feel that, but at the same time I wanted to get over it, move on and stuff like that.”