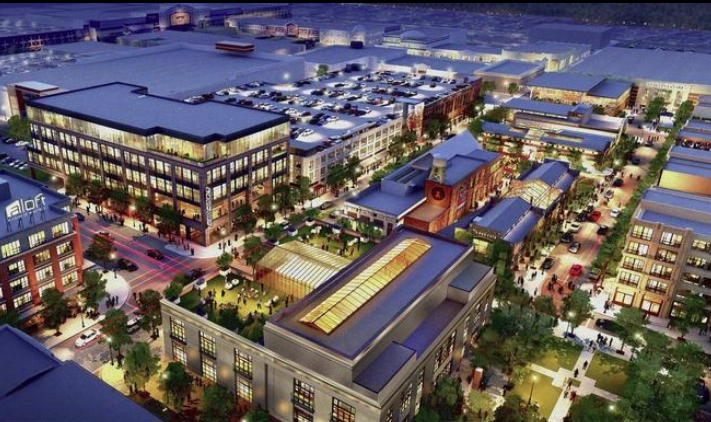 Something tells us if you can get a group of welders to gather around a wedding ring that elicits jealous oohs and ahhs, you’ve stumbled on something in the nuptial game.

That’s the case for Dublin’s Scott’s Custom Jewelers, who after astutely observing that most men barely accessorize past the wrist, have opened up a whole new avenue for marital material with computer-assisted drawing and 3-D printing capabilities, offering rings that truly fit the needs of today’s grooms.

“Guys are fun,” said owner Beth Cevasco “but they’re picky. Plus, they don’s accessorize much- maybe they wear a watch or some rubber bracelets for a cause, but that’s it.”

Cevasco and her husband Scott thought, if it’s not about diamonds, then it could easily be about the design and DIY.

“[Guys are] building their own iPhone cases and customizing their Nikes- why wouldn’t they build their rings?” Cevasco said.

The Cevascos’ hunch has paid off. After becoming the first jeweler to invest in a 3-D printer in Northeast Ohio, the Akron-born business saw enough interest to open a central Ohio location, and grooms have been lining up to find a wedding accessory with a personal ring to it. Through the CAD option, customers can create a design and then print a 3-D prototype, which they can paint any color of gold they want, and try it on for size in real life before making the final product.

Cevasco also says that many of her customers will come in wanting a simply band, but through the process will get so into the spirit of creativity, that many will insist on doing a custom engraving too- especially when they control how the rings looks and feels. In the end, customization is everything for a group not accustomed to wearing rings, and now facing the prospect of wearing one for life.

We’ve made all kinds of unique rings,” said Cevasco. “We’ve copied tattoo designs, incorporated words and symbols and just made one that looks like a USB computer drive wrapped around the finger for a groom.” A recent groom created a two-tone design, that, as far as we can tell, has to be a first.

“When the guy proposed, he recorded it on his cell phone. Then we used a voice digitizer to get the sound wave of what his future bride said and used that around the middle of the band to divide the two color,” said Cevasco. “It’s really neat- and i makes a great story, too!”

Other grooms have had special engravings cast inside the bands. Cevasco recalls that “one bride had us put a secret message inside the band- it said, ‘Put your ring back on’- he got a good laugh out of that one!”

Another band was for a welder who really didn’t want a ring until we came up with one that looked like hot welding material holding two small bands together. “We used dark rose gold to make it look authentic,” explained Cevasco. “When he wore it to work after the wedding, all of his co-workers were jealous.”