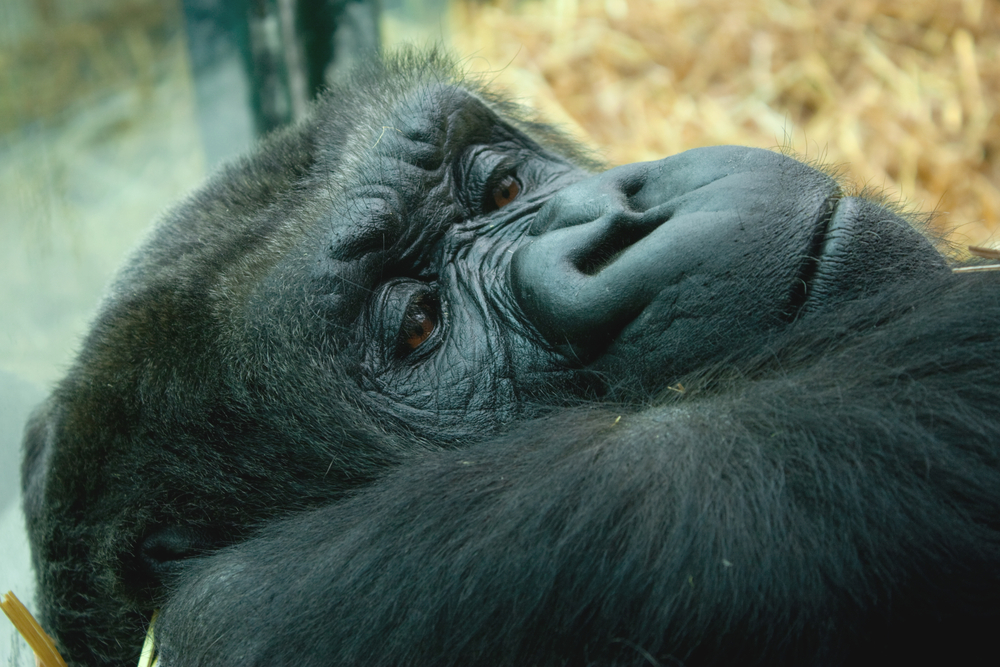 According to a Smoking Gun article, Westerville Resident Maxx Blank has filed an application to trademark the name of Harambe, a deceased gorilla that was shot after a three year old fell into his enclosure at the Cincinnati Zoo.

Come on…this is just…wrong? We think?

Maxx Blank, 27, apparently filed the application very soon after Harambe was shot and killed. How soon? About a month. You know — that totally normal thing people do shortly after something has died. Nothing strange at all with giving everyone some time to grieve and then quietly filing a trademark application to reap the monetary value of a dead gorilla’s recent meme status.

We’re pretty sure that’s somewhere in the middle of bargaining and depression in Kubler-Ross’s Five Stages of Grief.

Maxx Blank has consistently denied media comments, probably for fear of his social life knowing that hoards of angry Harambe fans that will descend on him.

The application only cost $275 and he supposedly will use the Gorilla’s name on, hats, t-shirts…bras…and underwear (yeesh.)

Harambe has become more popular since his death. Essentially evolving into an internet phenomena — a symbol for trolls, memers, and even college freshmen to display some kind of cosmic irony in tributing a deceased gorilla. It’s social commentary on a large scale, satirizing the idolization of deceased celebrities and in doing so they’ve created their own deceased ‘celebrity’ —Hell, he’s even polling ahead of Green Party Candidate Jill Stein.

Anyway, we can’t wait to see where this one goes.