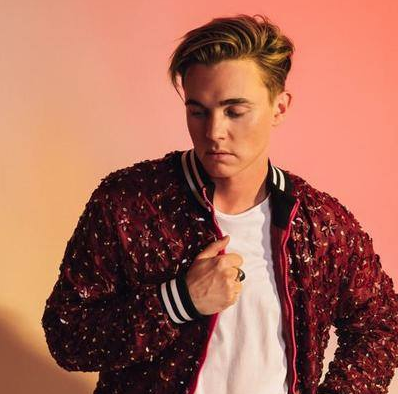 Roughly translated, a “utopia” is both a good place and no place at all.

For centuries, pioneers and progressives alike have strived to create a perfect society reflective of the heavenly paradise promised in the afterlife, but alas, by definition, it’s not possible.

Fast forward to a warm Friday night in late May 2015. Nestled in the serene confines of the Hocking Hills, the Flaming Lips play to a throng of fans as confetti and balloons create a psychedelic rainstorm overhead. Fathers and sons, mothers and daughters, young, old, rich, poor, hippies and hipsters—they all trip the light fantastic with equal enthusiasm.

In the distance, the sky fills with Chinese lanterns. Wayne Coyne battles an inflatable monster 10 feet tall until it pops into the ether. Behind the scenes, volunteers recycle and compost nearly 95 percent of the waste left by the villagers, but they are just as much revelers as they are laborers. Local artists sell their wares in the thoroughfare. A campsite of thousands rages until dawn. All is right with the world.

Though a utopia in the strictest sense of the word is unattainable, the tight-knit crew responsible for the Nelsonville Music Festival has done everything in their power to make it a reality—at least within the scale of a four-day weekend.

But that was never the original intent. In fact, the festival was never meant to be more than a quaint one-day fundraising arm for the historic Stuart’s Opera House in Nelsonville’s quaint downtown. Built in 1879 during the Appalachian coal boom, the opera house served as a cultural hub for Southeastern Ohio, but in line with the hardships of the region it closed in the ‘20s and remained dormant and dilapidated for decades. It wasn’t until 1997 that Stuart’s was fully restored and returned to its former glory. Thanks to a community of dedicated citizens, it has thrived ever since. So in many ways, it was the opera house that is directly responsible for what the NMF has become.

“The mission of the fest is the same now as it was when it started,” says NMF marketing director Brian Koscho, “which was whatever profit that is raised goes back into Stuart’s, which is a non-profit, and it maintains our programming year round, as well as adds to next year’s fest. Over the years we’ve just been lucky enough to slowly introduce more elements and evolve organically.”

Now in its 12th year, the NMF has stayed sustainable because even as it grows in size and scope, the fest’s footprint on Hocking College’s picturesque Robbins Crossing historic village remains virtually the same. As do the personal touches—like yoga at dawn, a kid friendly area, and late-night campground dance parties—which have made it a destination for revelers looking for a one-of-a-kind getaway to signal the official start to summer. It’s an intimacy your average Coachella or Bonnaroo just can’t provide.

“It’s never been designed to be become a gigantic festival by purpose, so there’s a threshold there naturally,” says Koscho. “We can go a little bit bigger, but our vision is more to improve the quality of the product and the experience and make it something positive in every possible way for people. That being said, we never thought that we would have Willie Nelson and the Flaming Lips playing our festival. But we always thought, ‘Why couldn’t we find a way to make that happen?’ and we did.”

Another “utopian” feather that Nelsonville can boast is the sheer eclecticism of the music itself. It’s not particularly specialized or narrow in the way Dark Star Orchestra’s Jubilee caters to the great unwashed, or Rock on the Range to the tattooed and disenfranchised—it’s not even somewhere in that spectrum. Instead, the line-ups read like the favorite playlists of a diverse and ideal college radio station—where else will you be able to hear Randy Newman, Courtney Barnett, and All Them Witches? All of the aforementioned will be spotlight performers at this year’s concert.

“I try to sense that it can never be one kind of thing,” says Koscho of the line-ups that the NMF curates. “It’s very clichéd, but I often say it’s a festival for people who love music. But I go further to explain that no matter what you are into, there’s going to be something there for you and something there you have never heard of and has you completely surprised. There’s a lot of cross-pollination that happens in that weekend.”

So much so that by Saturday, the grounds become a unified community. Strangers become comrades. Band members become spectators. It will not be rare to see, hypothetically, a superstar like Gillian Welch take in local folk eccentric Michael Hurley waxing in the all acoustic No-Fi Cabin; or Charles Bradley enjoy a vegan burrito during All Dogs’ Porch Stage set. This year, NMF will add an additional stage, the “Boxcar” (quite literally a stage atop a refrigerated railroad carriage), and an increased presence of art installations—amenities that aim to not just give the crowd more to see and do, but to increase the communal flow.

“The mental setting that develops. It’s that feeling that happens,” says Koscho when I ask him to boast existentially about the intangible charms of the fest. “That’s coming from someone who works most of the weekend. It’s contagious. Tim [Peacock] always says because there are always really young kids and really old people there, it’s hard to act like a jerk in front of either of those groups of people. It mellows everybody out. You get it the moment you get there.”

Above all, it’s that vibe—that escapism from the urbane—that has leant NMF a distinction that sets it far apart from other music festivals, even those woodland-centric festivals that may rival Nelsonville. It’s an indescribable hum in the air that keeps pretension or mob ugliness at bay. Utopia? Well, again, that’s not possible. But Nelsonville is damn close. •