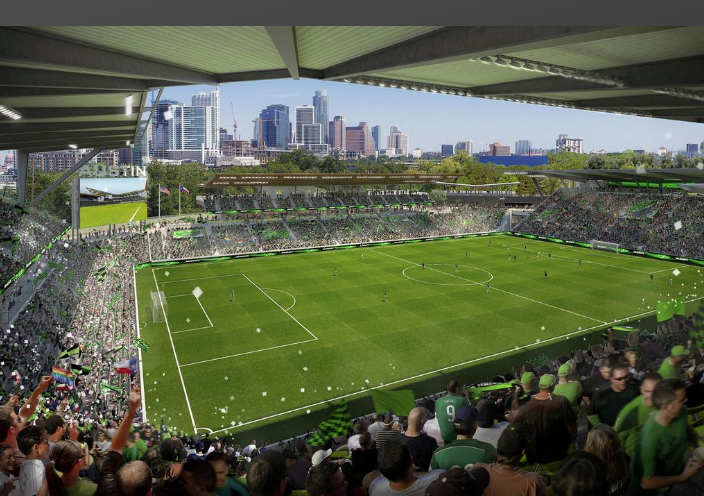 In true Precourt fashion, he and his minions drummed up a rendering of a potential Austin, Texas stadium that would house Crew SC.

Nothing has even been decided yet if this move we’ve been threatened with for weeks actually comes to fruition, here’s what the stupid stadium would look like.

But get this, the plan doesn’t include parking because “it’s not necessary,” reports Columbus Business First. Instead, soccer fans would rely on shuttles, ride sharing, and “march to the matches.”

We’re sure all the 65+-year-olds and parents pushing strollers would just love that.

This stadium would hold 20,000 butts and allow a stupid view of Austin’s stupid skyline.

Read more about what Precourt Sports Ventures are up to at Columbus Business First.