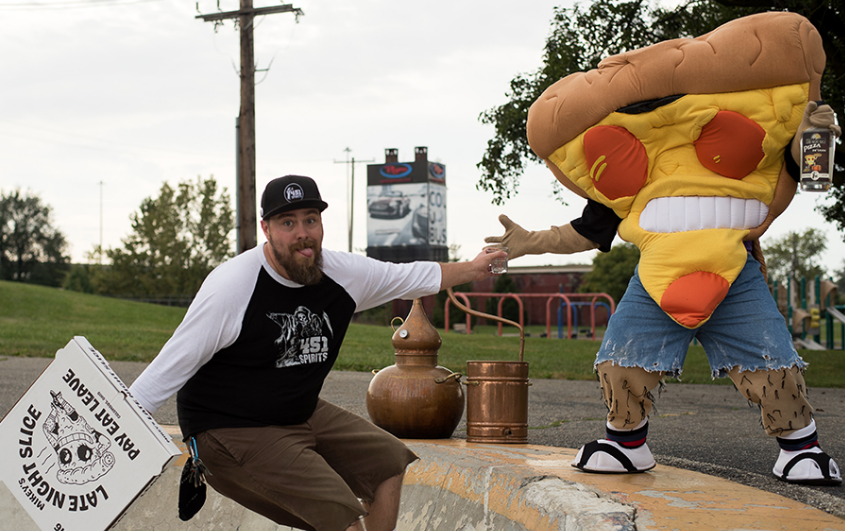 And now, Pizza Whiskey: the booze of Columbus.

Pizza Whiskey? What the hell is that?

Yes, we’ll drink it … but we still need answers.

It all starts and ends with Chad Kessler of 451 Spirits, the artist/skater/alchemist hidden away in a Clintonville alley, and his hair-brained scheme to concocting the first Pizza Whiskey in the known universe: the Pizza Pie-Chuga. 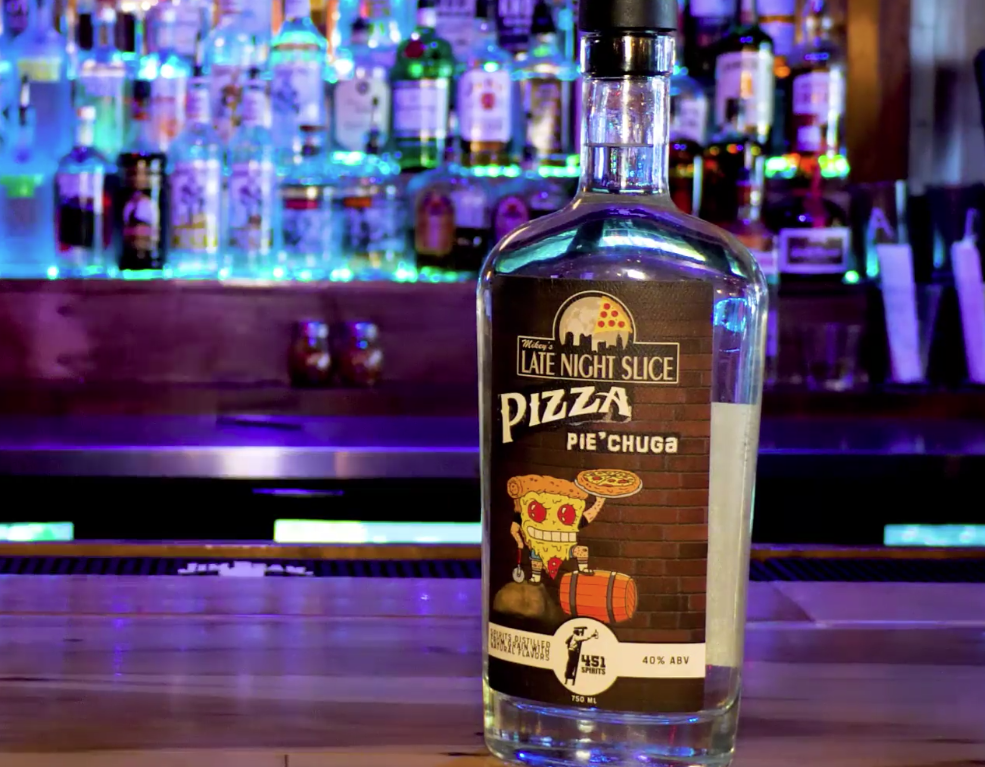 Both establishments buck the normal trends, and both call to all the weirdos out there. At the same time, both businesses answer to no authority, really, and can nimbly change up at a moment’s notice. This is one of 451’s assets—like a craft beer brewery, they can work a one-off liquor into the mix without sacrificing production of their core products. This certainly doesn’t mean Kessler is playing it safe.

By any standards, Kessler’s recipe for Pizza Pie’Chuga is completely ridiculous.

To start, he uses a base spirit from malted barley—much like a Scotch or a whiskey to be blended—and distills it twice. On the second distillation, Kessler adds sundries tomato, garlic, basil, parmesan cheese, pepperoni, and actual whole slices of Mikey’s pizza. But, that’s all technical stuff. What you need to know is now you can have two Midwest flavors in one: pizza and whiskey.

Columbus—we have found our true spirit!

451’s Pizza PIE’ChugaRelease will be available in limited supply at Mikey’s Late Nite Slice and Oddfellows. The rest will be at the distillery. For more, visit 451spirits.com.