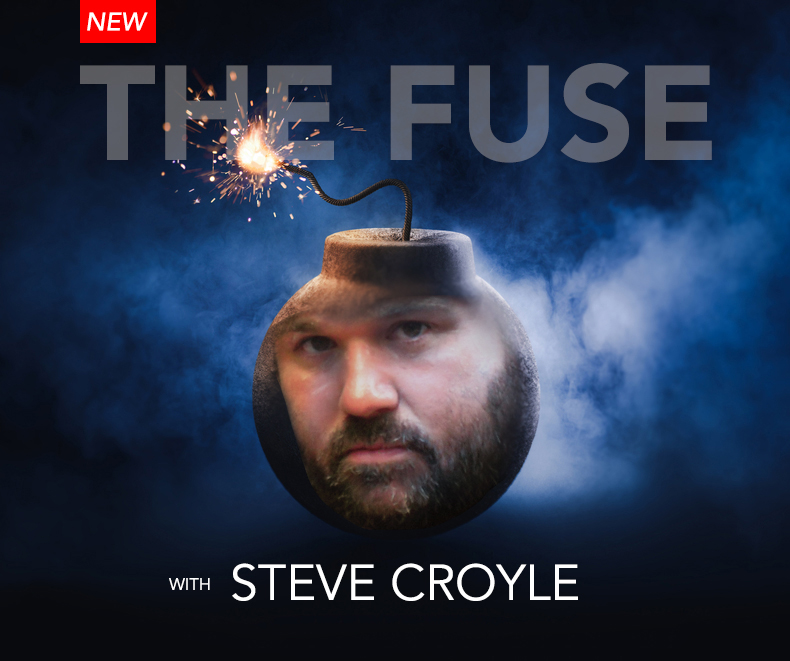 It’s not about the anthem

Trump’s war on the NFL is backfiring. In taking on a handful of players, Trump has rallied the entire league. Now the national anthem protest has grown even larger. It started with just a few players protesting the failure of our government to address the humanitarian crisis of police brutality. Trump’s failure to acknowledge that issue, even encouraging at least certain aspects of police brutality at one point, has encouraged more people to stand up, by taking a knee.

Some fans complain that they don’t want their entertainment bogged down by political nonsense. Well, that’s mighty white of them.

The reason so many players are protesting is because this issue hits close to home. Black professional athletes live in a world of disparity. Because they have money, drive nice cars and live in nice neighborhoods, they get pulled over for extraneous reasons. During the frequent stops, they are subjected to probing questions that hint at the unwritten redlining rules many communities rely on to keep unwanted ethnic elements away. White athletes will talk about how they got pulled over doing 100 miles an hour in a school zone with an open can of beer in one hand, only to get off with a warning after signing a football, while black athletes are detained so a k-9 unit can check out their car.

Black athletes will also find themselves apprehended because they “fit the description” of somebody who committed a crime. Of course, once everything is sorted out, the only similarity will be the color of their skin.

Bureau of Justice statistics indicate a clear racial bias when it comes to reported traffic stops. African Americans are three times as likely to be stopped as Whites. At every stage along the process of our criminal justice system, it’s obvious that African Americans are at a disadvantage. If a black man and a white man have identical backgrounds, and are charged with the exact same crime, statistics demonstrate that the black man will be punished more severely. One in four black men do time in jail. And these are just the reported statistics. There are thousands of interactions between police and civilians that are not reported each day.

But the most alarming statistic, and the reason so many athletes are choosing to take a knee during the national anthem is the rate of fatalities at the hand of police.

Somebody is bound to point out in the comments that more whites are killed by cops each year, but considering that whites make up 62% of the population, versus 13% by blacks, raw numbers are not a valid metric. The fact of the matter is that African Americans are killed at a rate 2.5 times greater than whites.

The draconian nature of law enforcement in the African American community has been destabilizing. Racist people always ask why blacks haven’t been able to pull their communities up by their bootstraps the way the Jews, and the Irish, and so many other Caucasian ethnic groups have done. Well, the biggest obstacle is a law enforcement culture that was reprogrammed in the 1960s to prevent integration. That culture was reinforced in the 1990s when a crime bill was introduced that specifically targeted the African American community. African Americans caught with crack were subjected to more severe penalties than white people caught with uncut cocaine. Money was earmarked for local law enforcement jurisdictions facing gang violence, which prompted local law enforcement agencies to suddenly categorize criminal activity as gang-related, even though there wasn’t any real indication that a gang was in place.

Recently, the city of Portland determined its gang database was no longer effective because it was racially biased. Black suspects with no gang affiliations were listed as potential gangsters, while white suspects with known gang affiliations were not listed at all. The database was useless for its intended purpose and became a prosecutorial liability. Similar questions revolve around the LAPD gang database. If you’re black, and you commit a crime there’s a good chance that you’ll be linked to a gang, which means the prosecutor will be less likely to cut you a deal, and the judge will hit you with a much more severe sentence if you’re convicted. It’s almost as if being black is a crime unto itself.

But even when you’re not arrested, think about the frequency of traffic stops. If you get stopped on your way to work, you’re going to be late. That could cost you your job. Before police in the Minneapolis area finally murdered Philando Castile, he had been pulled over and ticketed more than 50 times over a 13 year period, paying almost $7,000 in fines. Most of the tickets were ridiculous citations–things white people never get stopped for. Before he was murdered, it seemed like Philando Castile had spent $7,000 to pay for being black in Minnesota.

We have a problem with the culture of law enforcement in this country. The deck is unfairly stacked against African Americans and the consequences are lethal. Every time an African American sees a cop in their rearview mirror they are forced to wonder if today is the day. White people look in the mirror and wonder if they’ve done something wrong. Black people look in the mirror and wonder if they’ll be allowed to drive away from the stop. White people wonder if they’ll get a ticket, while black people wonder if they’re going to be killed. That’s not hyperbole, it’s reality in every jurisdiction in the country, and yet our federal government is doing nothing.

It’s unsettling that so many people are focused on the issue of disrespecting the flag and the national anthem, but they won’t even acknowledge the humanitarian crisis of police brutality. As long as the people who murder unarmed black men (as well as women and children) are permitted to go free, this country doesn’t deserve to show any pride. Perhaps we should just stop playing the national anthem, and fly that flag upside down, until this problem is resolved.

It’s time for the US to move to a universal healthcare solution. Obamacare is flawed because it allows insurance companies to opt out of exchanges in order to protect their profits. Ironically, many of the Insurance companies pulling out of exchanges are listed as “non-profit” so there’s a worthwhile debate about whether or not that level of protection should be afforded, but the concept of “profit” in the business of healthcare is incompatible.

People bristle at the concept of socialized medicine, but if you’re in a group health plan, you’re already socialized. You’re just in a much smaller group. When Becky in accounting has another baby (I swear she just likes maternity leave) you pay for it. Your premiums go up. And if this pregnancy goes into distress because Becky’s been drinking and smoking while preggers, you’re going to see your premium reflect that as well, unless your company actually pays 100% of the premium, in which case you’ll find yourself screwed out of a raise. Thanks, Breeder Becky with the 9 kids.

The biggest objections people seem to have with Universal Healthcare is that some disgusting slob living in his mom’s basement with no job is going to get free healthcare. So what?

If we go with a government-funded plan, our employers can pay us more money, and we might even stimulate the economy as more people leave corporate jobs to start their own ventures. The fear of not having medical coverage keeps a lot of people shackled to corporate gigs when they’d much rather open up their own design firm, or buy a charter boat, or just open a cafe somewhere.

Healthcare shouldn’t be a cash cow. Doctors and nurses deserve healthy compensation, but people with MBAs who only take golf appointments shouldn’t be getting rich off of health and wellness. It’s time to move forward and settle this issue once and for all.

Ohio State wasn’t one of the schools named in the big sports scandal story that broke this week, but you can bet that there’s a lot of money changing hands behind the scenes. adidas got caught in the basketball scandal, but adidas is only following the playbook long ago established by Nike. These shoe companies have a vested interest in steering stars toward certain programs. Not only does it provide that shoe company with a marquee star wearing its brand, they have an opportunity to condition that athletes to become loyal to the brand and inclined to sign a shoe and apparel deal when they leave college.

Coaches aren’t going stand in the way. If Nike wants to steer a five star recruit Urban Meyer’s way, so be it. Meyer won’t touch the money, or sign off on the deal, but if Nike likes the idea of putting their swoosh on somebody who will be a feature player on the Ohio State roster, so be it.

If this sort of thing bothers you, the best course of action is to change NCAA rules and allow athletes to strike their own merchandising deals. Adidas and Nike won’t need to steer athletes to certain schools if those athletes are signing their own apparel deals. Coaches won’t like it because right now, they get the apparel money, but maybe it’s time to let the athletes have a piece of the revenue they help generate.

These are opinions, dude!
The opinions expressed here are those of the author and do not necessarily represent the views of 614Now, 614 Mediagroup or its employees. Take a deep breath… it’s just one man’s opinion. If you want your voice heard beyond the comments section, we invite you to send us your thoughts HERE.