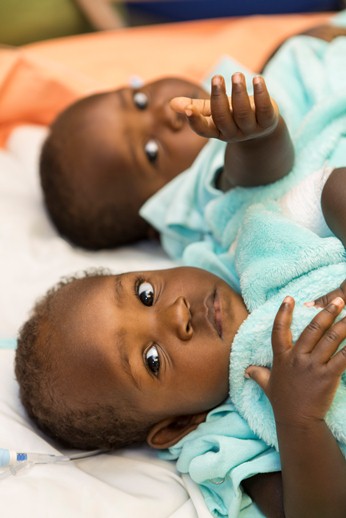 Coming Soon: Getting Blitzed in the Blue Jacket Bleachers

Two Ugandan girls born conjoined at the hip and spine, Acen and Apio Akello, successfully returned back to their home country after being surgically separated back in 2015 by Nationwide Children’s Hospital.

Nationwide Children’s performed a long, 16-hour surgery in order to separate the twins with the help of 30 medical professionals in 2015. They stayed at the hospital until February 2016, when they were then discharged to the Ronald McDonald House to recover and receive therapy to teach them to walk independently.

They now return home with their mother, Ester Akello. Conjoined twins occur in about 1 in 200,000 pregnancies — Nationwide Children’s has separated five sets of conjoined twins since 1978.