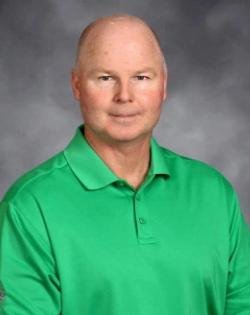 Old Short North UDF to be next great taco hub

The union that represents Dublin City Schools teachers has made a brief comment regarding the former teacher charged with federal child pornography crimes.

He is being held without bail in the Franklin County jail.

“The Dublin Educators’ Association does not condone nor protect, in any fashion, predators in our classrooms working with our students,” the written statement from the Dublin Educators’ Association read. “We believe that student safety is a fundamental right and that all statutes and policies designed to protect students from harmful individuals should be strictly enforced. DEA continues to stand with our school community to provide a caring, responsible and qualified teacher in every classroom.”

Westerville police officer Brett M. Peachey spearheaded the whole investigation with a complaint about Lee. Officer Peachey alleged that Lee had taken pictures of a 15-year-old girl who he had sex with in his classroom. Officer Peachey also accused him of sending naked photos of himself to the girl.

The FBI found 234 images of the girl on Lee’s USB drive including 49 images of her in various stages of nudity. Some of the images were dated as recently as late May.

The girl’s mother found her daughter’s journal where she had documented explicit descriptions of at least one act of oral sex between she and “Greg Lee.” The girl told investigators that she had been having sex with Lee since November 2016. He would request nudes from her and she would feel “guilt-tripped” into complying.

Lee admitted to having sex with the girl in his classroom multiple times and taking pictures of her there.

Lee has had a long history of inappropriate sexual conduct while on the job with Dublin City Schools. A really long, troubling history..