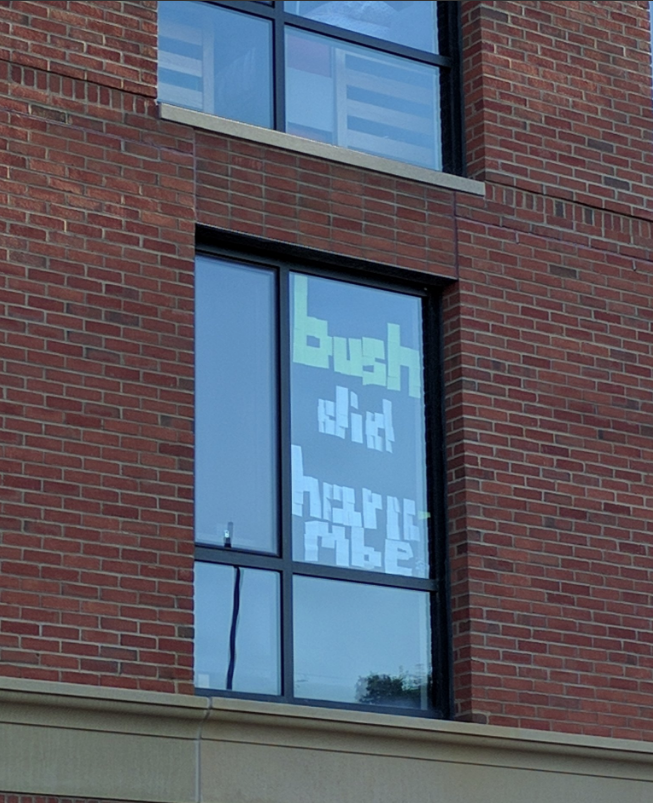 Have you encountered the 10 worst intersections in Cbus?

Despite being billed over $4,000 to live in certain dorms, Ohio State students are no longer to decorate their windows per a new rule.

That’s right, freshmen and sophomores, if another gorilla dies, you can pay your respects via your dorm room window.

This new rule bans students from posting signage and hanging things on their dorm windows, even Ohio State flags. The windows are to remain completely clear of any obstructions, reports The Dispatch.

The sticky note message fad was made popular when the North Campus dorm became inhabited last year. Usually the notes were tongue and cheek–digs at the team up north, the football team’s record, or a phone number–but some were politically charged. 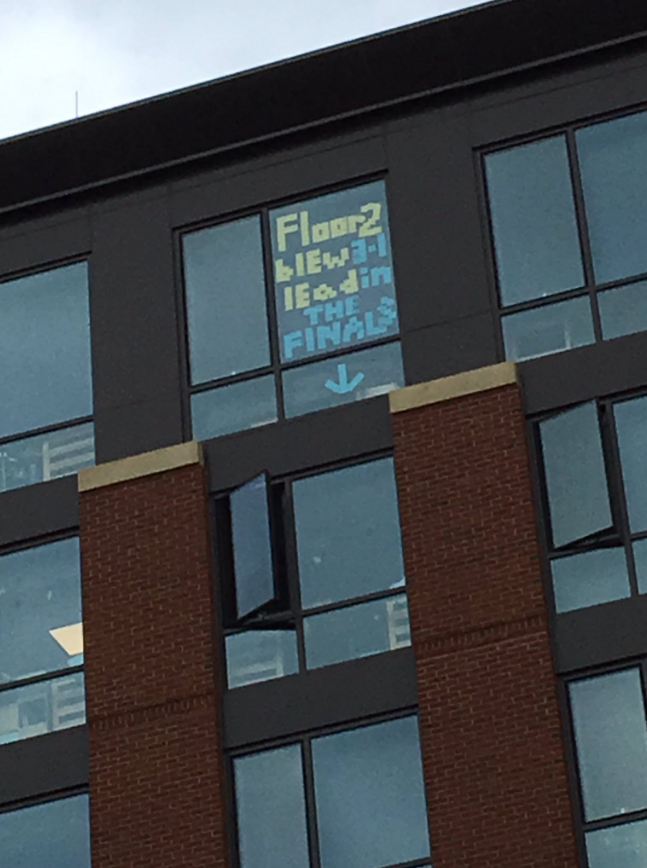 The exact reason for the new rule was not divulged but it did come about during an annual review of the Office of Student Life handbook.

Well, without windows as their message boards, students will have to take to the snow this winter to spew their thoughts. 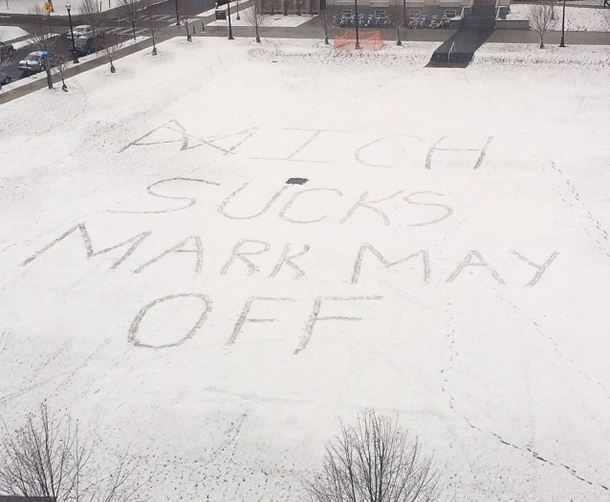 In other Ohio State news, Ohio Republicans are pushing for a bill that would protect campus speakers and punish those who try to interfere. If this bill passes, campus speakers would be able to sue Ohio universities if they felt their First Amendment rights were infringed upon, reports 10tv.