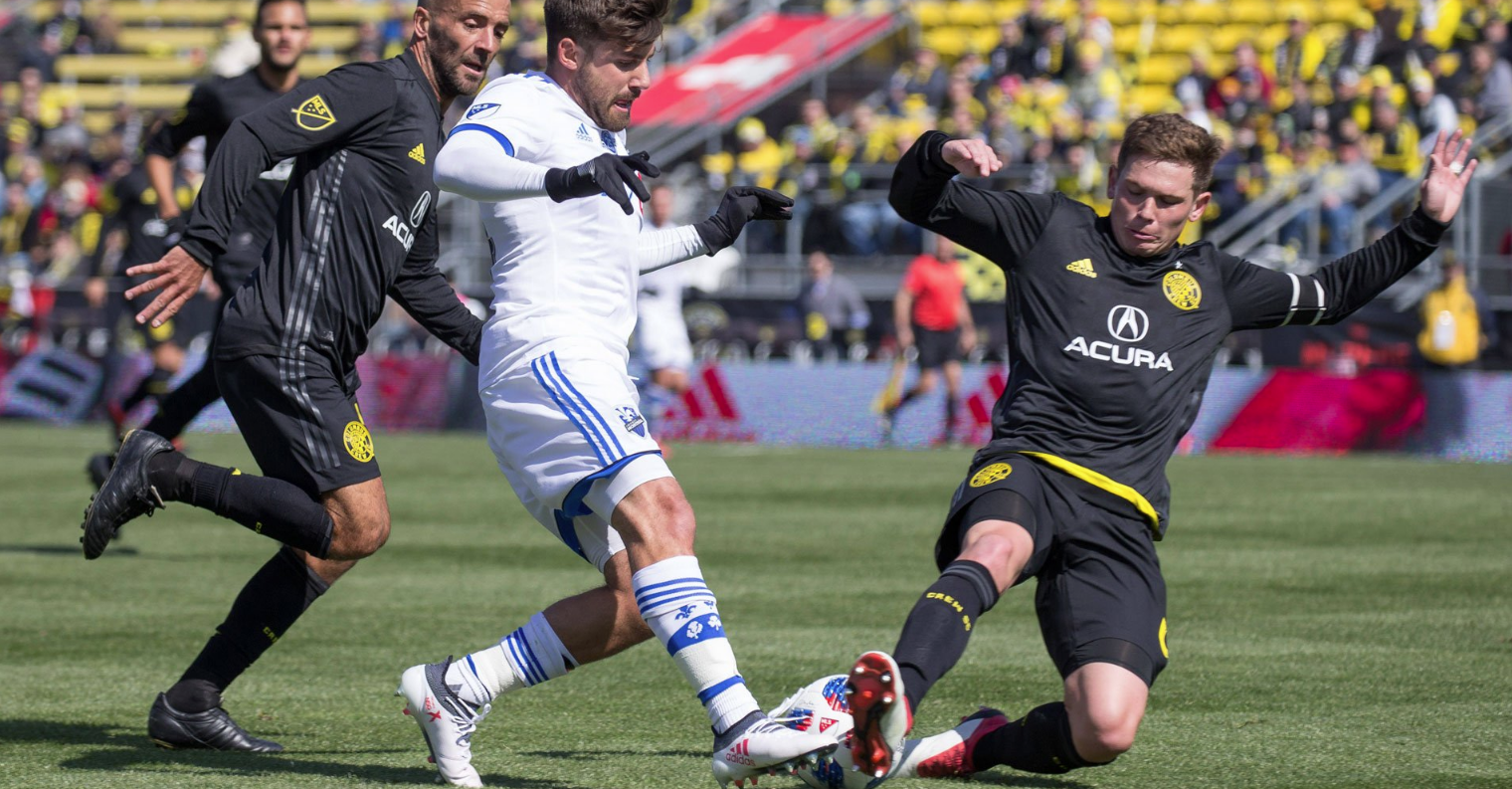 Three games into the 2018 season and the Crew SC has performed at a reassuring level for anxious fans regarding the club’s future. And whether in the stands or watching on TV, make no mistake that Crew fans are supporting their beloved soccer club.

On the pitch, the original Black & Gold in the league (really not cool, LAFC and MLS) are scoring goals courtesy of forward #11 Gyasi Zardes (3) and maestro in the middle #10 Federico Higuaín (2).

Rising star goalkeeper #23 Zack Steffen has only allowed two goals between the pipes (with occasional help from said pipes).

Speaking of which, best of luck to Zack Steffen and defensive midfielder #6 Wil Trapp who have received another call-up to the USMNT (United States Men’s National Team) for a friendly game against Paraguay next Tuesday.

ICYMI: #CrewSC‘s midfielders are currently dominating the pitch. See which players you should keep an eye out for this season! 👀🔥

Artemi Panarin led the CBJ past the New York Rangers this past Tuesday night 5-3 at Madison Square Garden with a hat trick and an assist. With a nine-game winning streak, Columbus is the hottest team in the NHL.

Fueled by scoring 10 goals in the past two games, the Blue Jackets are establishing themselves as a team nobody wants to play as the regular season winds down. Moreover, this impressive play as of late has propelled the Blue Jackets out of the Wild Card zone and into third place in the Metro Division, just 4-points shy of the division-leading Washington Capitals (91 points).