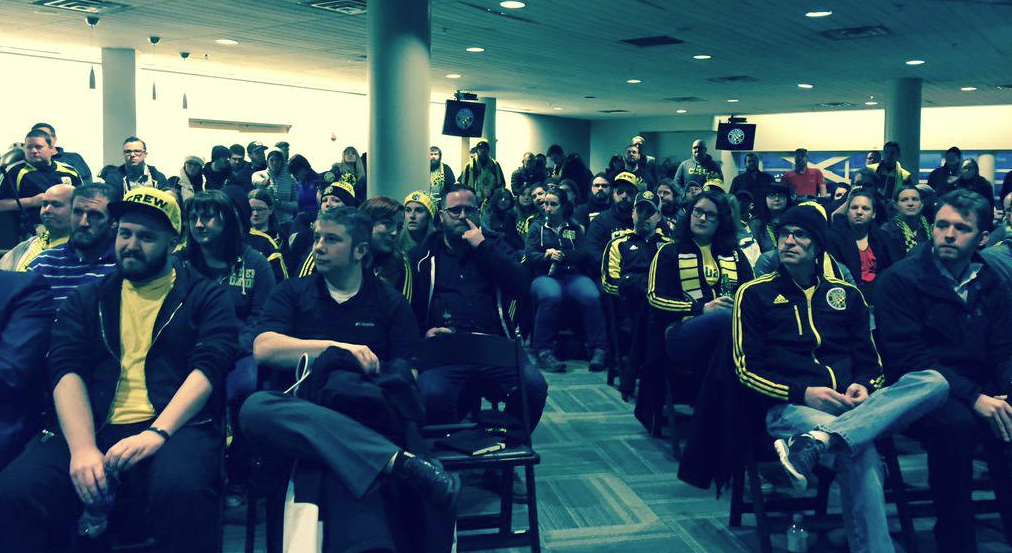 Have wine will travel: Rolling, rentable bar hits the road

The one thing 200 dedicated Crew fans reportedly didn’t hear at the annual Crew Supporters Summit at MAPFRE Stadium this week was unwavering support and/or confirmation of their team’s future in Columbus. Crew SC owner Anthony Precourt was conveniently absent (and you thought the lion in The Wizard of Oz was cowardly). Instead, Mr. Precourt’s local stooge, Crew SC President of Business Operations Andy Loughnane, took center stage, as did one of the men caught in the middle of this turmoil, Crew SC Sporting Director & Head Coach Gregg Berhalter.

Mr. Loughnane’s tone in the meeting was reportedly an attempt to essentially place the blame on the shoulders of the Columbus business environment. He even went as far as to say the soccer franchise has experienced “significant resistance” from local corporations in the past 20-ish years. As reported in the Dispatch, Mr. Loughnane said that a major spike in corporate sponsorship/support is a necessary next-step for the city of Columbus regarding its MLS future.

Okay, but recaps from this summit and the ongoing Crew SC news throughout the past few months have revealed that Mr. Precourt’s groups in Columbus and Austin have been pushing (pardon me) just a bunch of bullshit from the beginning. Where was this open, transparent flow of relentless dialogue voicing specific and critical concerns throughout the past several years from Mr. Precourt? Perhaps one of the reasons why the truth surrounding Crew SC’s potential move to Austin in 2019 didn’t see the light of day at this year’s Crew Supporters Summit is because it’s mid-February. But have faith that the truth (and justice) will eventually shine bright because just as the weather continues to get warmer, so will the resolve of Crew fans and Columbus business leaders to #SaveTheCrew

Well, the Crew front office guy at the summit last night, @LockCrewSC , was apparently blaming local business support as the problem. His job title is “President of Business Operations.”

You want corporate support? Why didn’t you just say so. “It takes a village” is the saying right? You should’ve asked for help. We can and will do anything to save our family. Thanks for finally letting us know what we need to do.