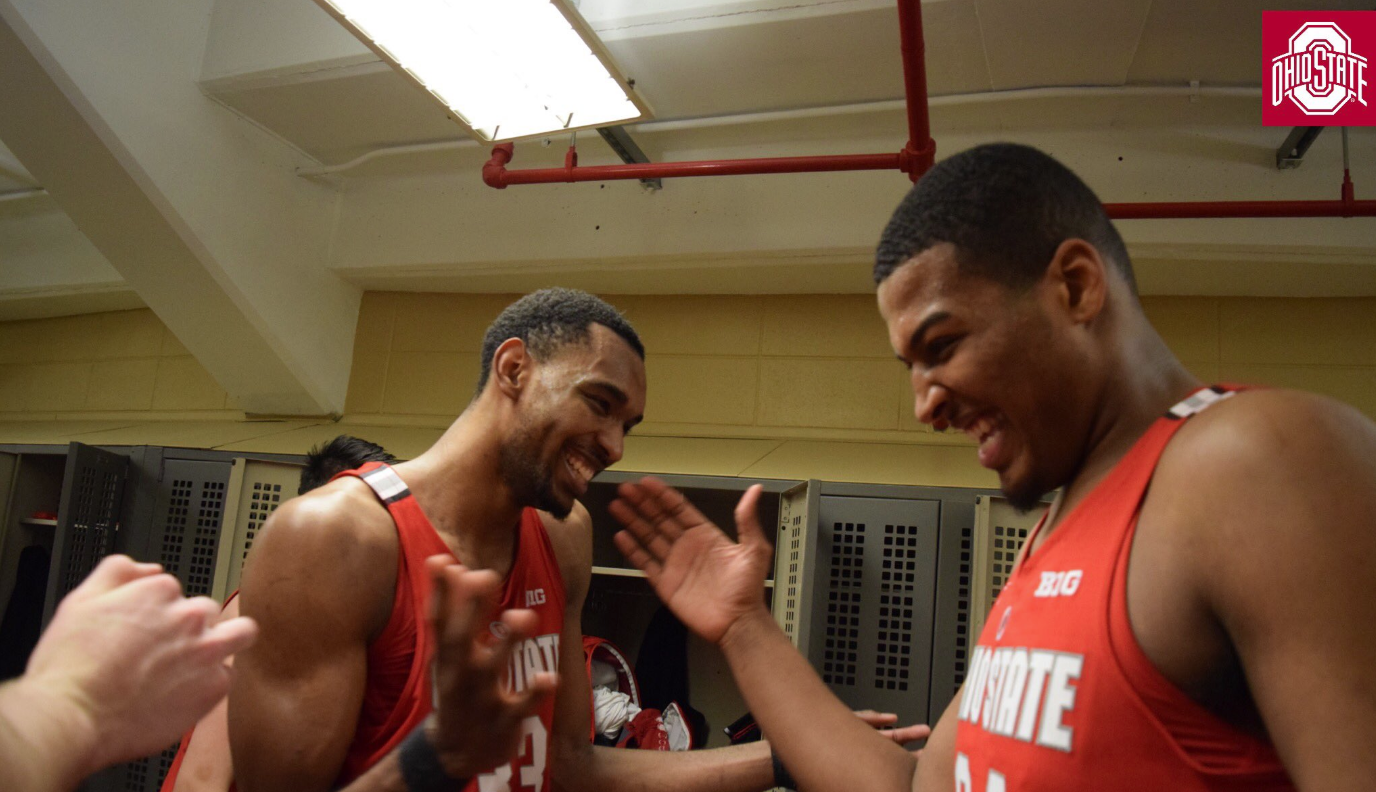 Here’s the latest commotion in the 614 sports-o-sphere.

It Was “Boiler Up!” at Purdue, but OSU Put the Hammer Down

Excitement boiled over late Wednesday night as #14 Ohio State men’s basketball (21-5, 12-1) took control of the driver’s seat in the Big Ten by shocking the #3 Purdue Boilermakers (23-3, 12-1) in the rockin’ Mackey Arena 64-63. Despite trailing by double-digits in the second half, plus dealing with foul trouble from stars Kaleb Wesson and Jae’Sean Tate, the Buckeyes clawed back until the very end. Keita Bates-Diop’s second-chance effort with 2.8 seconds left in the game was the go-ahead bucket after Purdue’s 7-2 giant Isaac Haas missed a dramatic fade-away in the closing moment. Purdue’s 19-game winning streak was snapped as a result of OSU’s relentless effort, a surprisingly efficient smaller lineup, and balanced scoring from its starters and players off the bench. Chris Holtmann’s Buckeyes have now bested a top-3 team for the second time this season. Be sure to check out The Ohio State Buckeyes as they host the Iowa Hawkeyes Saturday at 6 p.m. on the Big Ten Network.

P.S. After winning a Divided House bet, Boilermakers are on me this weekend.

In a game that was unfortunately capped by Washington’s Nicklas Bäckström’s 200th NHL goal in the final minute of action, the Blue Jackets (58 points) lost 3-2 to the Capitals (67 points) Tuesday night in Columbus. The CBJ will be hoping it’s not déjà vu in their trip to Washington tomorrow. Nursing a 4-game losing streak, the Blue Jackets need a statement win to turn their luck around. The Columbus Blue Jackets will play the Washington Capitals tomorrow night at 7 p.m. at Capital One Arena on Fox Sports Ohio.

another battle with the caps

Crew SC: A Hashtag’s Movement from the Digital Space to a Practical Effect

“The Community Kit” by the #SaveTheCrew movement revealed yet another component of their customized jersey today.

While the Crew SC relocation issue remains in flux, the determination of fans to keep their soccer club in its central Ohio home remains steadfast and inspiring. And while social media has its fair share of positive and negative aspects, it just may be a leading partner in saving a massive city’s sports team and, ultimately, America’s soccer capital and identity.

Find out more at savethecrew.com