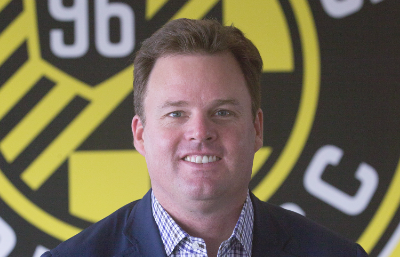 “Precourt Sports Ventures continues to work with the Austin community to secure an appropriate urban core site for a soccer-specific stadium that will serve as the home of Austin’s first major league professional sports franchise.”

Well folks, the battle is not yet over but from the sounds of the very first line of the latest release from Precourt Sports Ventures, it’s not looking good for the Columbus Crew.

Here are some more standouts from the release, the first one from PSV since October:

“We started the process in earnest with Butler Shores because we were given early indications from city leaders that it is a viable, under-utilized site….Understanding that parkland is a treasured community asset, and the creation of a successful soccer park and grounds within the landscape of parkland is a responsibility we take seriously, we also began to develop a package of community benefits tied to the creation of a soccer park on parkland.”

Click here and here to read about Austin’s efforts to keep Precourt off their parklands.

“If an MLS club were to play at a soccer park and grounds on city-owned parkland, the Austin community would also benefit from the broader social and economic impact. We encourage the City of Austin to independently verify this. Based on our analysis, a public-private partnership of this nature could deliver community benefits in excess of $400 million in the club’s first 25 years, in the form of community investments, park improvements, soccer wellness and programming, wages and construction services, among others.”

“…although we are willing to dedicate significant time and expense in this effort, we are not in a position to move to Austin if the right site is not identified.”

That last quote is a definite glimmer of hope for Columbus along with a unanimous approval by Ohio lawmakers for a resolution to keep Crew SC from leaving Columbus.

Yesterday, a roomful of Crew Supporters were witness to the Senate Oversight and Reform Committee signing legislation to keep the soccer team here in Columbus. It’ll move on to the full Senate for approval.

Visit ABC6 for more on Precourt’s release and the new resolution.