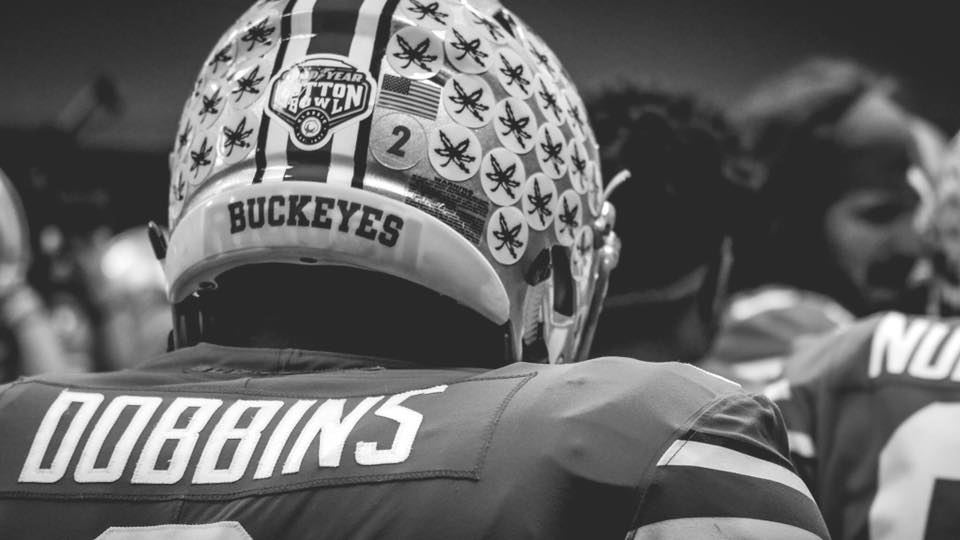 This is the big question OSU fans want to know in Columbus, Ohio. And thanks to head coach Urban Meyer’s prowess for recruiting top-flight talent that routinely makes early contributions across the field, the answer for the upcoming 2018 season is stacking up to be a special year for Buckeye players, coaches and fans.

Of course, there’s a reason why the games are played. Some expectations are met, some aren’t. But for now, during summer’s pre-season, speculation is king.

So, without further-adieu, let’s explore to Urban Meyer’s kingdom with two princes in the backfield who seem primed to define their Buckeye legacies.

It’s tricky to give more carries to one of these running backs over the other, so I have some sympathy for the coaching staff here.

However, with an inexperienced yet talented quarterback in #7 Dwayne Haskins under center, it would be one hell of a task for any defensive coordinator and defense to deal with these aforementioned threats wearing scarlet & gray in the backfield.

On this note, Coach Meyer should have fun with this RB duo by developing unique shotgun packages that would place Mr. Dobbins and Mr. Weber to left and right of Mr. Haskins.

Moreover, these “Thunder & Lightning” packages would provide clear opportunities for Mr. Dobbins and Mr. Weber to block for their teammates.

Offensive playmakers blocking for their teammates has become a trademark of Coach Meyer at Ohio State. Almost a rite of passage, similar to playing on special teams.

We all remember how effective Ezekiel Elliott was running, catching and blocking.

Ohio State should take advantage of the fact it doesn’t have a singular, dependent superstar in its offense.

Coach Meyer likes the spread offense, and this year’s Ohio State team just might offer unique, relatively ego-free athleticism that could inspire an unforgettable season that leads to hoisting the national championship in the Bay Area’s Levi’s® Stadium on January 7, 2019, leaving its opponents thunderstruck along the way.