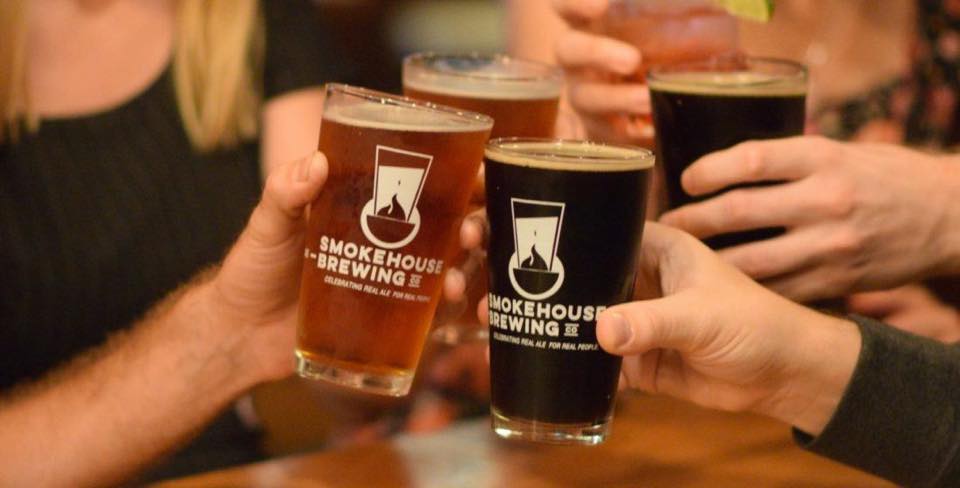 Back in 1998, Lenny Kolada decided to capitalize on the success of Barley’s and open a second location. Instead of copying the original, he conceived a BBQ joint, with its own brewhouse, and a different selection of beers, with a few notable exceptions.

The place was known as Barley’s Smokehouse, or Ale House #2 for years, and it provided Barley’s with a very impressive portfolio of beer.

Unknown to most, the Smokehouse quickly became Lenny’s passion project. He had partners invested in the pub on High Street, and those partners quickly lost the stomach for growing the business out on 33 just past Grandview Avenue.

They pulled out, leaving Lenny and his wife Joan to double down.

Lenny stuck it out, and a few years ago, gave up his stake in Barley’s to focus his full attention on Smokehouse Brewing Company.

Not long after that, Lenny decided to brew on a production level, taking over the old brewhouse on Short Street left behind by Columbus Brewing Company.

Alex Kolada started working at the Smokehouse when he was all of 12. He spent years as the designated grunt, leaving briefly to pursue a management career with Ted’s Montana Grill before coming back home to be his dad’s head brewer.

Old 33 Tavern Ale, one of the original Smokehouse beers, will be offered for three bucks a pint all week, along with a number of other specials.

This is a great opportunity to rediscover one of the landmarks in the Columbus brewing scene.