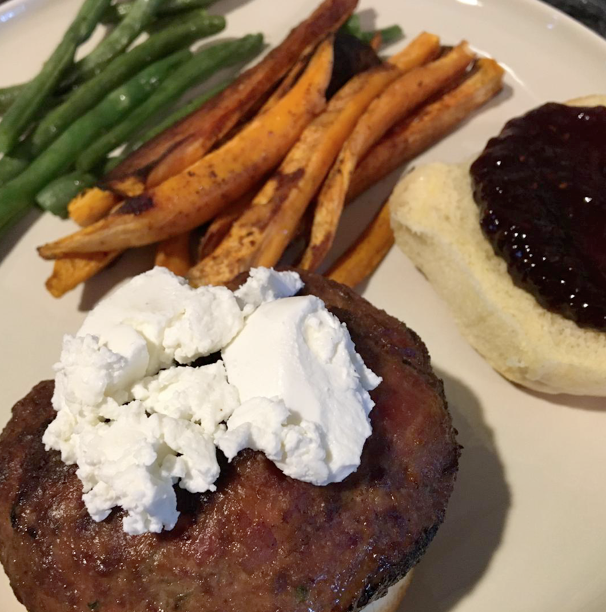 Watch, listen, eat, drink
Welcome back to Netflix and Grill, where we piece together some grub, a boozy drink, an album and a streaming show or movie. Along the way, we plug the local establishments that make Columbus shine. Today we are going to Big Sky Country to watch Yellowstone, listen to singing cowboy Ryan Bingham, drink a Four Strings and make a Venison Burger with a side of sweet potato fries and green beans.
Let’s earn our branding and get started!

We are going to get a little fancy with our grub, so let’s keep a low key, cowboy vibe with a Hilltop Lager Light. This tasty and refreshing drink compliments most grilled items, doesn’t pull any punches and is great around the campfire after a long day of cattle rustlin’. Or a long day in your air conditioned cubicle. Same difference.
Let’s spin some tunes and get to grilling. 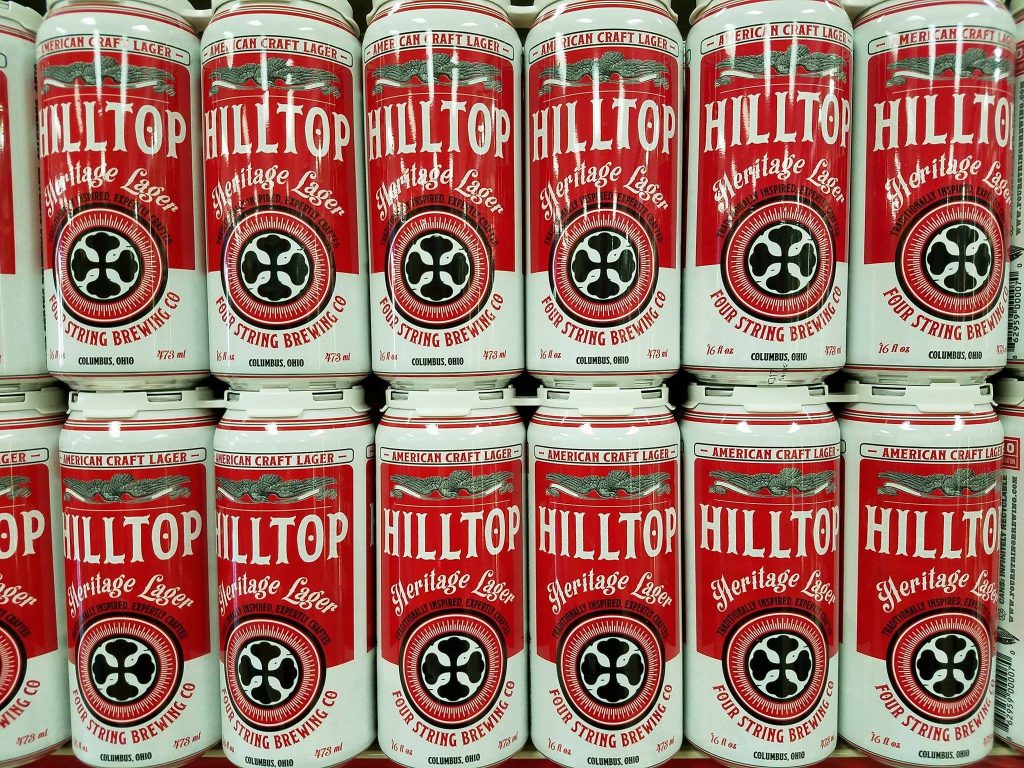 This pairing was a no brainer as one of Yellowstone’s gue cast members is Ryan Bingham, an Oscar, Grammy and Golden Globe winning artist who wrote the music for the 2009 hit movie, Crazy Heart. If you haven’t seen that flick, find a way to stream it. You won’t be disappointed.

We are going to focus on Bingham’s 2007 Lost Highway release, Mescalito. Per Bingham usual, Mescalito has country ballads, bluesy rockers and dirty and grimy riffs that would sound at home on an album by The Highwaymen. 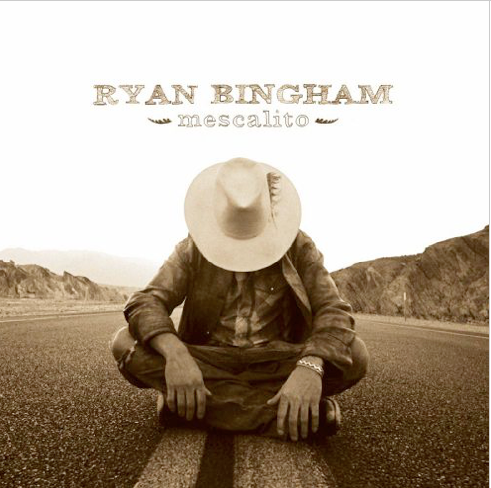 Traditional country tales of lost loves, love for the bottle and bottled up emotions, doesn’t quite make this album Alt Country Canon, but does make for a good time.

Mescalito doesn’t reinvent the alt country wheel, but it doesn’t have to. Just give it a spin on your next cattle drive.

In honor of the beautiful nature and backdrops featured in Yellowstone, we are going to make a Venison Burger and for good measure, top it with a black cherry jam and goat cheese. And just to prove that I am a city slicker, let’s add a side of sweet potato fries and green beans from the Worthington Farmers Market.

The bacon and venison were purchased at Mosley’s Meat Market in Hilliard – a high quality butcher shop that puts the emphasis on local while also selling more exotic meats including venison, bison and elk. 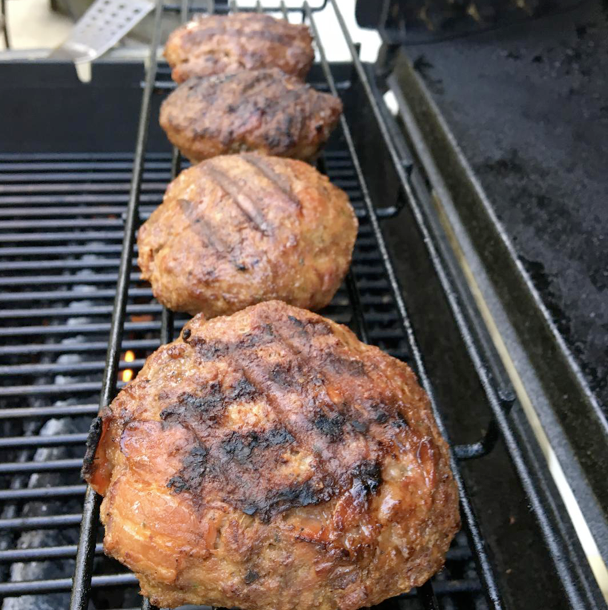 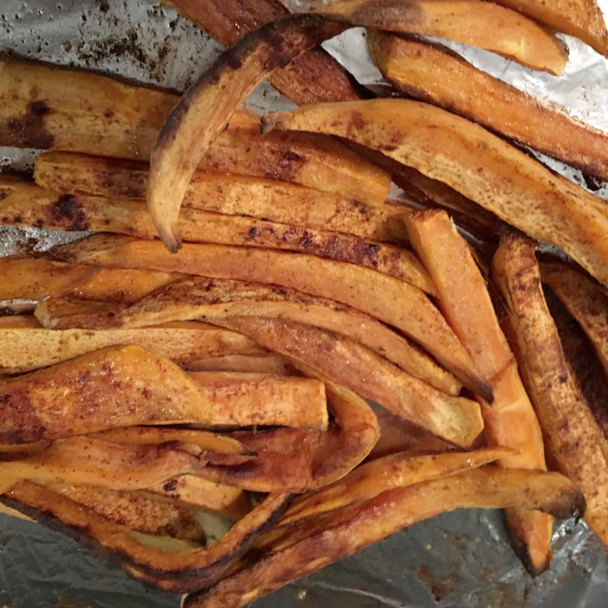 There you have it, cowpoke. Enjoy!

Produced by and starring Kevin Costner and written and directed by Taylor Sheridan (Sicario, Hell or High Water), Yellowstone is an over the top, action packed, trashy and fun romp akin to The Godfather meeting The Young and The Restless in Big Sky country.

It breaks down like this: John Dutton (Costner) is a widowed, rancher who runs the largest ranch in the country, Yellowstone. Like The Godfather’s Don Corleone, Dutton faces challenges with keeping his family together and his business out of the hands of his enemies.

However, instead of fighting off mafia rivals in New York, Dutton must fight off land developers and indigenous tribal chiefs against the beautiful backdrop of Montana.

Borrowing from The Godfather, the Dutton family dynamic is as follows: Kayce Dutton (Luke Grimes) is Michael Corleone – a war hero son with a conflicted conscious who is the logical heir to the family throne. Like Michael, Kayce marries a teacher who is wary of the family business.

Beth Dutton (Kelly Reilly) is Connie Corleone, the hard drinking daughter and apple of her father’s eye and who just happens to be more ruthless than any of her brothers.

Jamie Dutton (Wes Bentley) is Fredo Corleone, the bumbling and loving son who fails at improving the family interests.

Lee Dutton (Dan Annanble) is Sonny Corleone, the ill-tempered oldest child who has trouble seeing the big picture and quick to violelence. 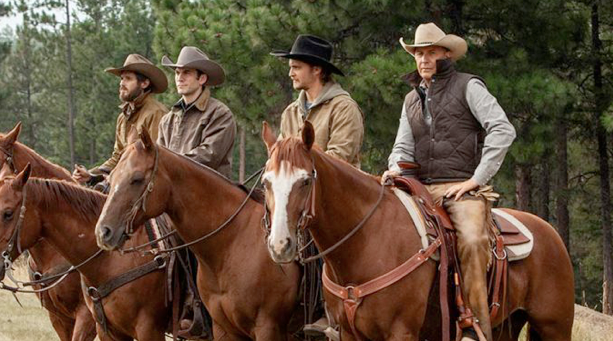 Rip Wheeler (Cole Hauser) is Tom Hagan, the quasi-adopted son of the boss, who for all practical purposes is the Dutton family consigliere.

As the Dutton family struggles to present a united front against their enemies, skeletons emerge from closets, vendettas are born and characters die. Lots of characters. However, if you like over the top violence, gratuitous nudity and unbelievable soap opera like side plots, Yellowstone is the show for you.
*

Yellowstone is available to stream with a subscriptions to Philo, Sling TV or DirectTV Now and by going to http://www.paramountnetwork.com/ for a one time, 24 hour pass.