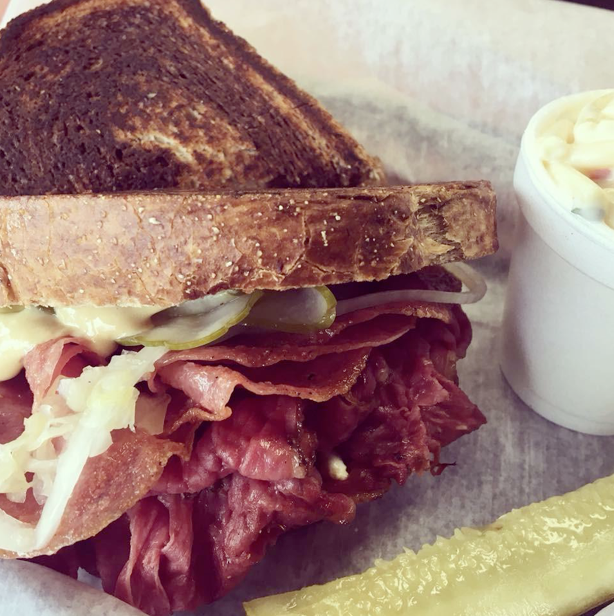 Watch, listen, eat, drink
Welcome back to Netflix and Grill, where we piece together some grub, a boozy drink, an album and a streaming show or movie. Along the way, we plug the local establishments that make Columbus shine. Let’s take a trip to a New York State of mind with the Netflix original movie The Meyerowitz Stories, Nada Surf’s Lucky, a deli on Henderson road that serves New York style sandwiches, and an easy to make Manhattan. Not interested? Then buzz off, pal! (I hope you read that in a loud and angry New York accent).

To accompany your night in, let’s celebrate New York with an easy to make Manhattan.

1. Pour Bourbon and sweet Vermouth over ice inside of cocktail shaker
2. Shake it like a polaroid picture (oh wait…that group is from Atlanta)
3. Pour drink into previously chilled glass of choice (I prefer a martini glass)
4. Add the splashes of bitters
5. Get your sip on 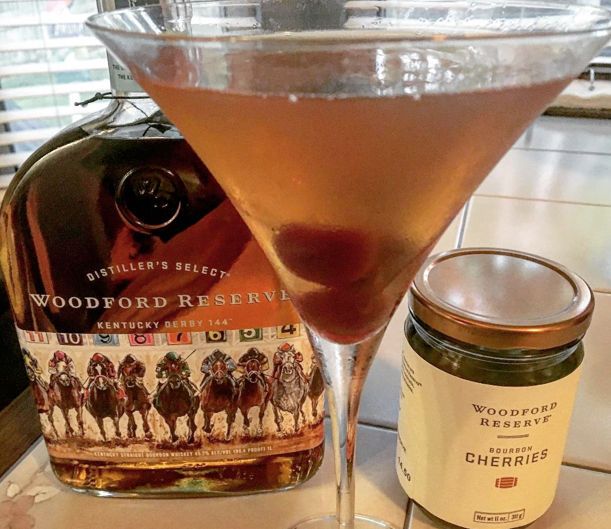 Our fair city doesn’t lack for dining options but if I were to lodge a complaint, it’d be that we don’t have enough delis.

Sure, everyone has been to Katzinger’s and Cornerstone and Smith’s (now serving alcohol) are both Clintonville institutions, but in general it seems difficult for delis to do well here.

However, if more Columbus sandwich shops were like Neighbor’s Deli on 2142 W. Henderson Road, doing well in Columbus wouldn’t be an issue.

Serving a huge array of New York City deli sandwiches, alongside an all day breakfast, Neighbors selection and customer service is hard to beat, as I experienced on my recent visit, when I ordered ‘The Hondo.’

Served on a toasted Rye and topped with Pastrami, Salami, Cream Cheese, Onion, Pickle and Hot Mustard, The Hondo is the most authentic NYC item on the menu and worth every penny.

I ordered a side of rich and creamy Macaroni Salad to accompany my sandwich.

If you are craving a great sandwich and want to support local, get to Neighbor’s Deli…it certainly beats watching the Mets, Knicks or Jets.

As you’re chowing down on your sandwich, spin a record, why don’tcha?

Formed in New York City in the early 1990s, Nada Surf has been serving up unpretentious power pop for the last twenty five years and nowhere is their talent more highlighted than on their 2008 release Lucky. 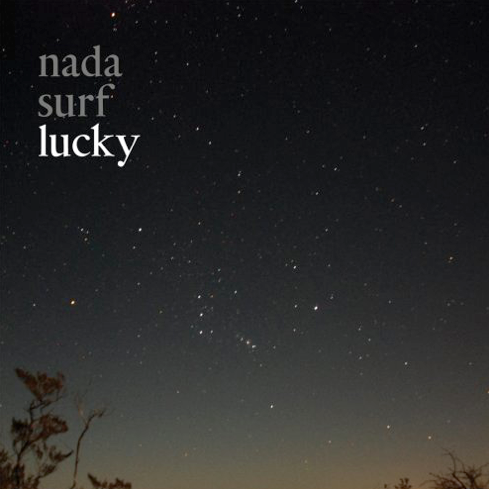 Featuring guests Juliana Hatfield and Ben Gibbard (Death Cab for Cutie) and containing the hits Whose Authority, Weightless, See These Bones and Are You Lightning, Lucky is an album that pulls of the rare feat of making the listener nostalgic for the past while looking forward to the future.

Poppy hooks, spacey choruses and power pop live in this album and it is a place you should visit.

If this sounds like something you are interested in, give it a spin. If not, give it a spin anyway and thank me later. (Do the New York voice/accent again).

A Netflix original, The Meyerowitz Stories (2017) was written and directed by Noah Baumbach (The Squid and the Whale, Margot at the Wedding) and stars Adam Sandler, Ben Stiller, Dustin Hoffman, Emma Thompson and Elizabeth Marvel.

The ensemble cast displays their dramatic and comedic chops while portraying a loving, but dysfunctional family going through a complicated transitional period.

Marvel shines as the eclectic and empathetic sister, Hoffman and Thompson are convincing as an ageing married couple looking to downsize and Stiller, per usual, is the flustered and responsible straight man.

However, the real star is Adam Sandler. 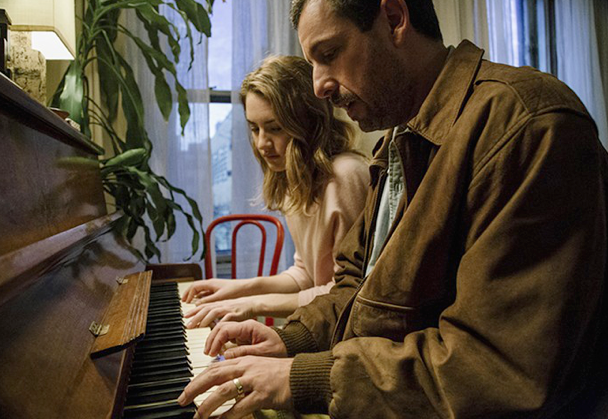 Sandler plays a divorced, out-of-work musician attempting to hold his family together while his daughter (Grace Van Patten) begins her freshman year of college.

Showing anger, empathy, contempt and kindness, Sandler turns in his best work since 2002’s Punch Drunk Love and as a result was nominated for a 2017 Critic’s Choice Movie Award for best actor in a comedy. Yes, you correctly read that last sentence.

The Meyerowitz Stories at times seems like a Wes Andersen dramedy (Braum co-wrote The Life Acquatic and The Fantastic Mr. Fox) but stands alone as Braum focuses on the script and acting as opposed to whimsical camera tricks and British Invasion pop rock.

So there you have it, a blueprint for a New York State of Mind. Enjoy your evening, buddy! (Do the voice)

We partnered with Brown-Forman, Jack Daniels Rye Whiskey, and local bartender Ben Griest from Giuseppe’s Ritrovo to bring a fun twist to your summer cocktails. Rye in July is your go-to weekly drink feature to make while stuck at home for ideas of cocktails. This week, we feature a Boulevardier Cocktail recipe that will surprise you every time, because it relies on Jack Daniel's Single Barrel Rye, and every barrel has its own unique flavor! Also in this drink? Campari, Sweet Vermouth, and an orange swath garnish.

The four above-mentioned food trucks will be at the Commons Thursday, July 16, from 11 a.m. until 2 p.m.

In order to safely socially distance, orders must be placed ahead of time through Street Food Finder. Guests are asked to wear a facial covering when picking up their order. Head to the Columbus Commons website here to find out more information on food truck availability this summer.