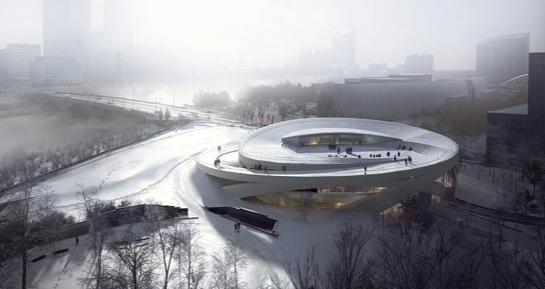 We’re inside of a year until the National Veterans Memorial and Museum in Franklinton opens and the anticipation keeps on mounting.

At the end of December, Architectural Digest released 12 of what they thought were the most-anticipated global developments of 2018—the structures that will “create an identity for their home cities”—and the Vets Museum earned themselves a place. Here’s what the magazine had to say about it.

“While the design of some museums scream for attention, the National Veterans Memorial and Museum is beautifully understated, honoring the country’s veterans in an appropriately somber manner. Indeed, much like the people it’s honoring, the structure has a dignified form that appears to be organically grown from the ground.”

The memorial and museum is expected to open this summer. Here’s the latest update: