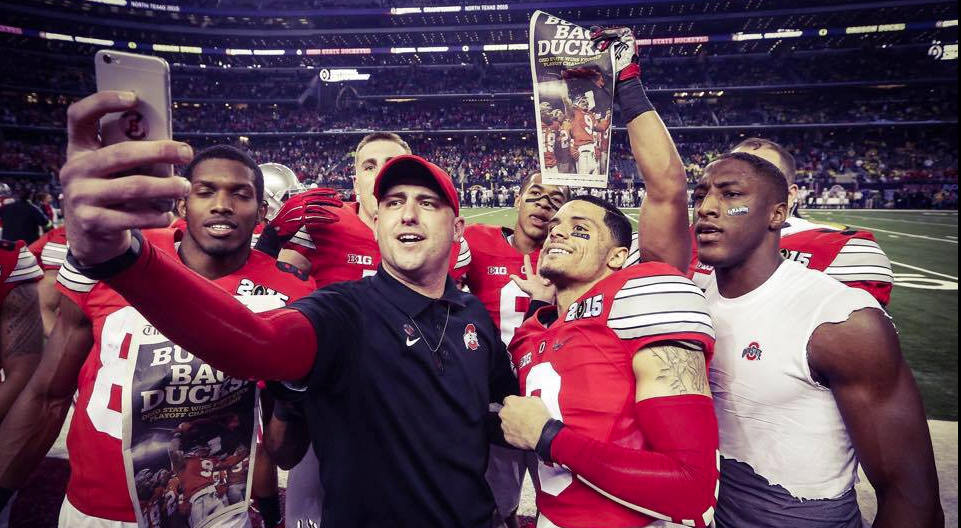 Update: During OSU football head coach’s address at the Big Ten’s media days in Chicago, he admitted to knowing about some of the domestic abuse allegations against his wide receivers coach but not all.

Meyer said he knew about the allegations against Zach Smith’s in 2009 when they were coaching at Florida but did not know about the claims in 2015.

According to Eleven Warriors, Smith was arrested in 2009 for battery on his three-month pregnant wife at the time, Courtney Smith.

However, Courtney decided not to file charges and Meyer stood by Zach, who was a graduate assistant for the Gators at the time.

“In 2009, Zach was an intern,” Meyer said. “As I do any time, and I imagine most coaches or people in leadership positions, when you receive a phone call, first thing you do is tell your boss. Let the experts do their jobs. We’re certainly not going to investigate. It came back to me that what was reported wasn’t what actually happened. So Shelley and I actually both got involved with the relationship with that family, and provided counseling, and wanted to help them moving forward.”

As far as the firing, Meyer said:

“It was in the best interest of our team,” Meyer said. “It wasn’t just my decision, it was a group effort with some of the people that I rely on.

“Core values are very strong,” Meyer added. “So that was a big part of it.”

An Ohio State football coach accused of hitting his wife is hitting the road.

The university made a short announcement Monday night but did not specify why Smith was fired.

“Smith, 34, was arrested Oct. 26, 2015 by the Powell (Ohio) Police Department on felony counts of domestic violence and felonious assault against Courtney Smith,” he wrote.

But then just this Friday, Courtney Smith filed a domestic violence protection order against Zach Smith.

He was on Urban Meyer’s coaching staff then, too, at the University of Florida.

According to a Gainesville, Florida Police Incident report, Courtney Smith, then 24, stated her husband Zach Smith, then 25, “picked her up by grabbing her T-shirt and threw her against the bedroom wall located upstairs in their apartment.”

Meyer is scheduled to speak Tuesday at Big Ten’s media days in Chicago.