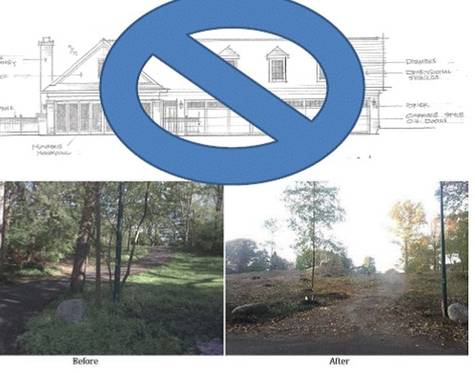 In one of the most premier neighborhoods in one of Columbus’ most thriving cities sits one of Franklin County’s biggest homes.

If only it could get finished.

The Dispatch reports the home at 410 Tucker Drive is fully framed and bricked but the absence of roof, construction pallets, and bare wood studs propping up an entry portico paint a clear and unfinished picture.

Aaron Bakhshi, president of Burke Products in Xenia, and his wife expressed their interest in the wooded property to Rodney Arcaro, a partner in the Granville homebuilding firm Arcaro & LaRussa Co., back in June 2015.

Despite uproar from neighbors about clear-cutting, Bakhshi demolished the existing property and uprooted mature sycamore, beech, walnut and oak trees on the property.

The couple forged ahead with plans for their 21,276-square-foot, three-story, six-bedroom home—smaller than only two homes in Franklin County: Leslie and Abigail Wexner’s New Albany home and a mansion on Dublin Road.

The problems began when the Bakhshis and the builder, Arcaro & LaRussa, began hashing out the terms of their “agreement.”

The Bakhshis legal representation told The Dispatch that there was no written agreement between the two parties.

Arcaro & LaRussa’s attorneys starkly disagree, saying there was a signed contract to build the home for $4 million.

When the project cost overshot what the contractor priced out, the Bakhshis called for an abrupt stop to construction in the spring of 2017.

Despite the problems, Arcaro & LaRussa successfully requested a one-year extension to the building permit and the Bakhshis doubled their line of credit.

That was in September 2017. The Dispatch reports no meaningful work has been done since then and the two parties have began arbitration to settle the dispute.

What do you think will become of the 410 Tucker Drive property?

Read the full story at The Dispatch. 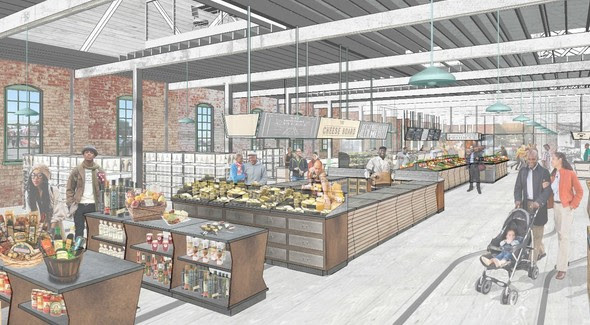 After six decades of being a piece of Columbus' history, a blighted landmark will get a second chance.

On Monday, Columbus City Council approved a $30 million rejuvenation to the Kelton Avenue Streetcar Barn and Machine Shop at 1600 Oak St on the Near East Side.

When complete, the Trolley Barn mixed-use complex will house a fresh food market, small business co-working and flex office space, restaurants, and community and education space, all while retaining the original character of the historic building, according to a release.

Of the 19 food stalls in the fresh food market, one will be provided to Columbus City Schools Culinary School students.

On the Trolley Barn site, a DRD will be created where the developer will pay 100 percent of the property tax revenue due on the site. The funds generated will support the Columbus City School District, levy agencies, as well as subsidize the operation of the onsite food market, according to a release.

In the early 1900s, the Kelton Avenue Street Car Barn and Machine Shops served as an electric trolley station. Train service extended to the Zanesville region, connecting residents to jobs, housing and shopping.

"We are excited about the restoration of a historic property that will serve as an asset to the Near East community," said Council member Emmanuel V. Remy. "The rich history of the property will be retained and reimagined, and I couldn't be more pleased to be part of this story."

A new app out of Columbus, Ohio is getting the Forbes treatment for its "revolutionary" ability to help people with cognitive disabilities use public transportation.

Wayfinder is a new app sponsored by the Mobility Assistance for People with Cognitive Disabilities (MAPCD) study in collaboration with Ohio State University, Smart Columbus, and COTA.

According to Ohio State University, Wayfinder allows the user to interact with customized, step-by-step instructions for walking, driving, or bus routes created to support their ability to commute within their normal daily life contexts.

According to Mayor Ginther, "the goal of the app is to get participants from point A to point B safely using the bus, making it easier to independently travel to the grocery store or get to work on time."

Wayfinder is currently in its trial mode with 25 participants with cognitive disabilities and their caregivers. After a year, the app will become available for anyone in need.

The Brewery district could be the site of a massive new construction project according to a report from ABC6.

During a meeting of The Brewery District Commission this week, North Carolina builder Zimmer Development Company and architectural firm NBBJ proposed a 30-story building complex to be developed on a 17-acre plot of land on West Whittier Street. The land is situated near Scioto Audubon Metro Park on the Whittier Peninsula.

According to the plan outlined by the developers, construction of the project would be broken up into three phases to be completed over 10-15 years. When complete, the complex would include over 370 apartments, 79-thousand square feet of office space, retail and restaurant space, outdoor patios, and a nearly 600-car garage.

Aside from the construction process itself, the proposed project will need to overcome a few hurdles in order to move forward. The proposed site of the building is currently owned by the company CSX, and also happens to reside on a flood plain.