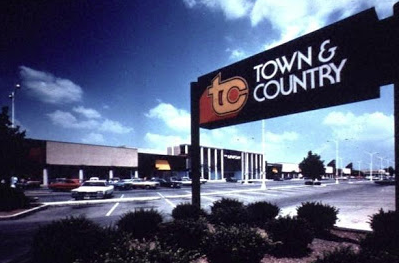 Harvest Grandview closes, “something great” to replace it

While the youth of today keep their floss-dancing virtual avatars stylish in the latest downloadable skins, teens of yesteryear actually had to dress their physical meat bodies in mall-bought clothing, signifying their place in various social cliques. Obviously, this barbaric way of life was unsustainable. Nowhere is this more clear than in the decline of malls and mall culture in central Ohio.

RIP Westland, Northland, (Southland? Was that ever a thing?) New Market Mall, (this one hits me right in the childhood. Media Play was so cool!) and of course, City Center. Tuttle, you’re on life support, but I’m still in as long as you keep the Auntie Anne’s pretzels coming.

While the fall of malls probably says something about the shifting tides of consumerism and laziness in the 21st century, let’s sidestep the negative and take a look back to a simpler time when John Hughes movies reigned and an Orange Julius was the cure for what ailed you.

As it happens, Columbus holds a special place in shopping mall history that stretches all the way back their beginnings as cultural and commercial touchstones. According to Ohio History Central, it’s thought that Columbus’ own Town & Country Shopping Center may have been the first modern mall in the nation. Opening in 1949 during the nation’s post-war shopping boom, Town & Country provided the new one-stop-shopping convenience that lured in the first mall shoppers and kept them coming back for decades.

Developer Don Monroe Casto opened The Town & Country Mall in Columbus after the success of his initial retail space, The Grandview Avenue shopping Center. By the mid 1950’s, Town & Country had grown to a half mile in length. With business booming, Casto went on to found several more central Ohio malls and shopping centers, including Great Western and Great Eastern Shoppers Marts, and the Great Southern Shoppers city.

As one of the oldest shopping centers of its kind, Town & Country has survived a tough retail climate that has claimed many of its mall brethren. The shopping center underwent a major renovation in 1976, and continues operations to this day, taking up approximately 516,600 leasable square feet of retail space.

The next time you’re promenading around Easton, or taking in the latest graffiti splashed across the former Chi-Chi’s at Westland, think back to those shopping pioneers who made Columbus an early home to one of the most beloved American concepts of the 20th century.

(Thanks to The Mall Hall of Fame for information about Town and Country – visit their blog for a deep dive on the history of malls in Columbus and across the nation.)