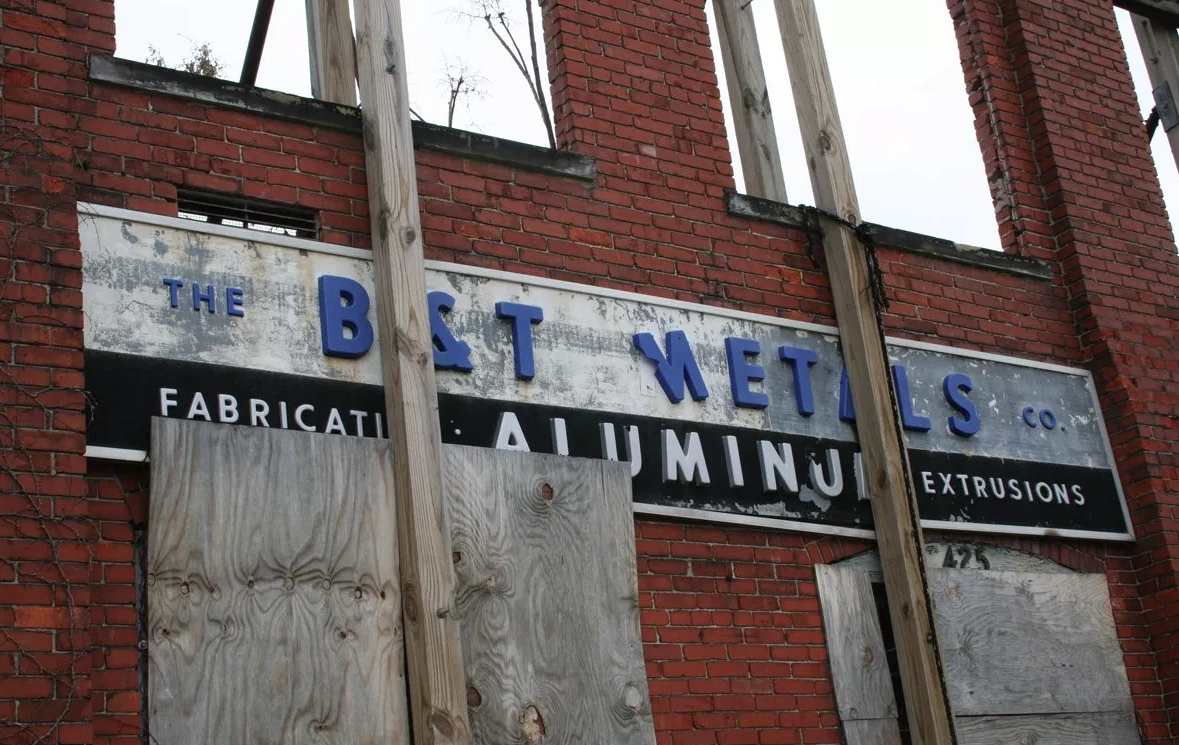 At one time, Columbus’ B&T Metals was one of the largest black-owned factories in the nation. Purchased by entrepreneur Lyman Kilgore from previous owners in 1932, B&T focused on the manufacture of aluminum hardware used to affix linoleum flooring.

By 1935, Kilgore moved his company to a 100,000 square-foot property on West Town Street, which is better known today as the site of the thriving Franklinton Arts District. Though notable for its unique place in the history of black-owned industries, B&T would go on to earn another fascinating historical distinction during World War II.

In February of 1943, B&T was contracted to process the highly radioactive element uranium, which was used in the construction of atomic weapons by the top-secret Manhattan Project. At the time, employees of B&T were kept completely in the dark about what the uranium was to be used for. It’s even possible that uranium processed in the Columbus factory was in the atomic bombs that were dropped on Hiroshima and Nagasaki.

While handling uranium, workers apparently wore no personal protective gear whatsoever. B&T employees were given government-organized physicals every week, and extensive monthly doctor’s visits. With these limited precautions, these workers must have faced highly adverse effects to their health from exposure to the highly radioactive material.

Following the War, cleanup efforts were undertaken to minimize radioactivity at the B&T site. Production of aluminum continued at the location well into the 1990’s, with an eventual a decline in the early 2000’s. When part of the structure collapsed in 2005, the building was condemned and the portion where uranium was once handled was demolished.

In 2017, the old B&T Metals site was developed by Urban Smart Growth into Chromedge Studios as part of the revitalization of the city’s decaying industrial corridor. The space now hosts 30 individual art studios and a 2,500 square-foot photography studio.

Next time you’re enjoying a night out in Franklinton, raise a to toast to the memory of one of the city’s most historically-significant black-owned businesses.