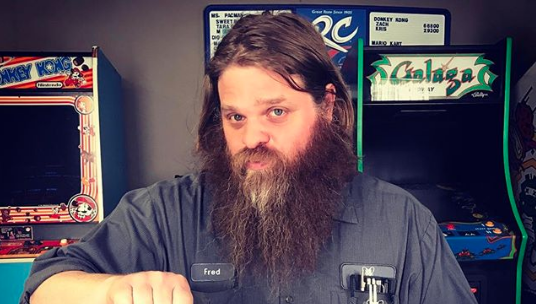 Update: The new Actual Brewing CEO has broken the silence since the former CEO has stepped down amid several sexual assault allegations.

“Though we have been quiet online today, we have not been ignoring your voices, words, and thoughts,” wrote new CEO Nicole Felter.

Felter goes on to attempt to separate Actual from the owner and man accused, Fred Lee.

“Mr. Lee no longer has any role with the company, and we have begun the process of removing him from his minority ownership position. Actual Brewing is and has always been about more than one person. It consists of over 35 wonderful, hard-working, and innocent individuals. The brewery was built and supported by many good people over many years. Dozens of people are currently involved with the brewery as employees and investors, and we are committed to preserving the brand, the product, and our dedication to brewing excellent beer for our customers.”

Twice, Felter acknowledged the severity of the claims lodged against Lee and said she,her employees, and investors are “prepared to cooperate in any official investigation that may be undertaken.”

Felter closed by saying the brand is committed to supporting women and promising to continue Actual’s mission to produce “premium” beer and embrace the “scientific and independent spirit” that inspires them.

02/6/2018: Amid a sea of sexual assault accusations, Actual Brewing owner Fred Lee will be stepping down as CEO, effective immediately, though he maintains his innocence.

Phillips told Alive that Lee began assaulting her in late summer 2018, soon after she accepted a sales rep position. She said they were out celebrating with food and drinks. They ended up back at the east side brewery where she retired to what the employees dubbed the “sleep it off” room. She said she woke up in the middle of the night with Lee on top of her, his hand down her pants.

She was able to ward him off.

The next alleged incident happened in September 2018 when Phillips was finalizing her paperwork at Actual. Lee suggested another celebration with a group of people. Phillips obliged. The group enjoyed drinks over dinner and then afterwards at a bar. Phillips next recollection of the night was Lee on top of her, having sex with her inside the Actual taproom.

Phillips blamed herself for what happened, reports Alive. As a single mother, she stayed with Actual so that she could provide for her daughter.

A third incident happened while the two were traveling in her vehicle on October 11. Alive reports Lee’s wife, Mira, had asked that Phillips give him a ride home. While stuck in rush hour traffic, Phillips told Alive that Lee started rubbing between her legs and showing his penis.

On Monday, Oct. 15, Phillips said she reported the assaults to a co-worker at Actual, who elevated it to head brewery and de facto chief operating officer Chris Moore, reports Alive. Moore then met with Phillips to confirm the allegations before filing a formal complaint to Actual’s advisory board, which includes John Estep and Kyle Andrews, and Lee. Alive reports Estep and Andrews unsuccessfully tried to oust Lee from the brewery. In support of Phillips, Moore, who started at Actual in September 2013, resigned from the company.

“Fred Lee denies that he forced himself upon anyone at any time,” Settina wrote. “The claims leveled against Fred are unfounded and dubious at best. If anyone has such a claim, let them come forward to defend that accusation in a court of law.”

Phillips is one of eight women who spoke with Alive about how they have been victimized by Lee’s assault and/or harassment. Alive also talked with three representatives of companies that Actual used to work with, but have since ceased because of Lee’s behavior (Yellow Brick Pizza and Hills Market Downtown to name a few), four former Actual employees who have witnessed Lee’s behavior, and 10 people who were told about Lee’s behavior directly from his accusers.

Actual’s advisory board said it is conducting an investigation into the allegations. In a staff-wide email, Lee’s wife and Actual co-owner Mira Lee announced that Lee would be stepping down as CEO “out of concern for the impact that the accusations and investigation will surely have on livelihoods and day-to-day responsibilities of our 37 team members. […] while the bulk of these claims are entirely unsubstantiated, we have to listen when people tell us that the corporate culture of Actual Brewing has not been comfortable and welcoming to everyone,”

Lee’s attorney provided this statement in response to Alive’s request for comment on the staff email:

“It should be made clear, Mr. Lee is only stepping down to focus his effort on defending his reputation against the false and scurrilous accusations leveled against him. The decision to step down during this time is in no way an admission of guilt to any accusation of sexual assault or harassment.”

Nicole Felter will be taking over as acting CEO of the brewery while Lee will maintain ownership. Lee opened Actual in 2012.