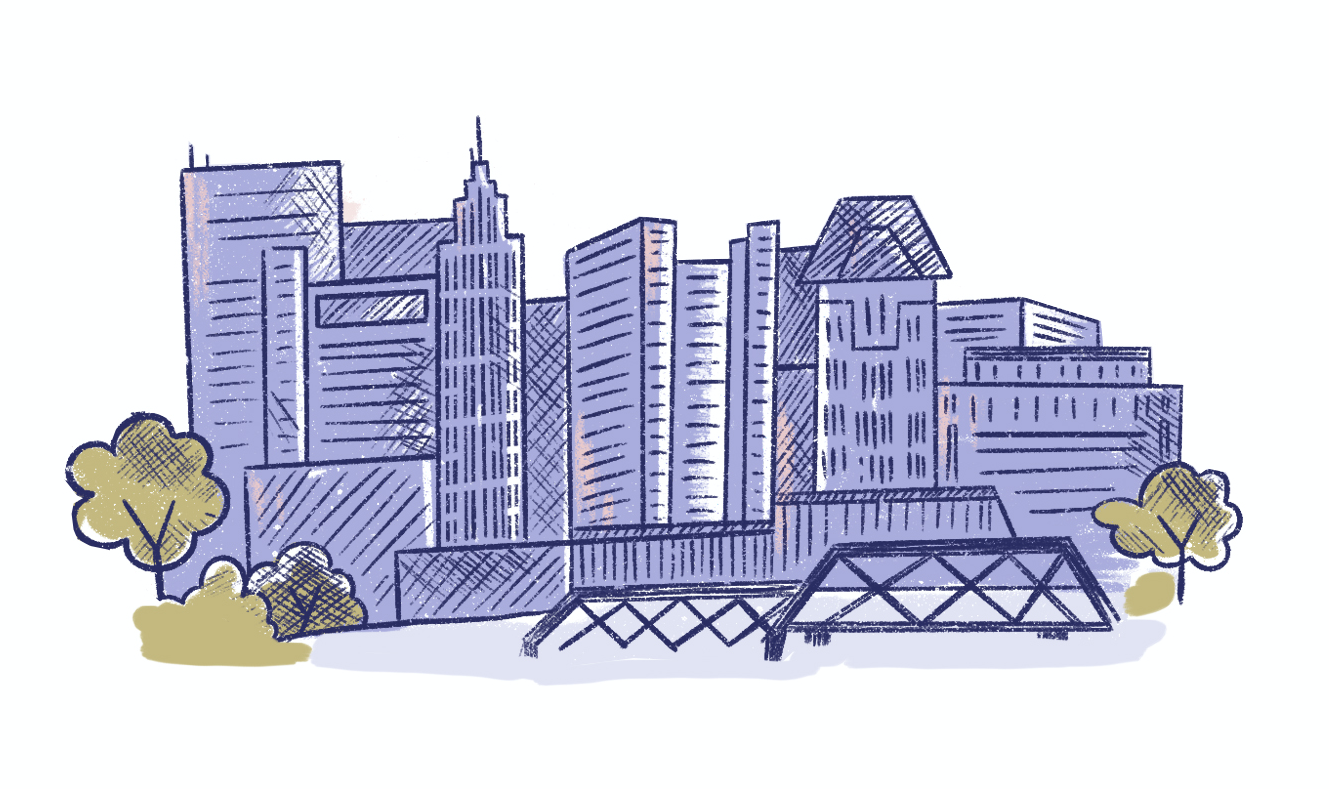 Scrolling through social media rarely turns up much intellectual fuel. But clickbait articles can be so tempting. Especially when you see yourself in them. That’s why, if you’re anything like me, you nearly always click on the titles naming or alluding to our dear capital city.

Digital junk food presented coyly to play (prey) on your sense of self and place. Gets me every time.

As someone who has lived here nearly my entire life, I have a sense of obstinate pride about Columbus. I’m quick to point out that we have huge hubs of industry and business, teaching and research juggernauts, beautiful parks, a rich history, and an insistence that we DO have a fashion scene, if you’d only look for it.

But the truth is, Columbus is an established city that is still groping for something that would make us memorable to the rest of the country. This city is nothing if not in flux. Constant construction, new restaurants by the day, new events planned and held with the hope of becoming an annual tradition. And some changes are more physical than temporal, with no place seeing more renaissance than the heart of the downtown area.

When I was a kid, downtown equaled ghost town. Before the cap was built over 670, that space separated the Short North from the barren wasteland of What Came South. There was only a bridge with a tiny strip of concrete on either side for foot traffic. Now there is a seamless continuity to High Street, and you can window shop and eat your way from Worthington to German Village.

The downtown core used to be devoid of life after the 9 to 5 workers went home. Cramped and crowded during the bookends of rush hour, with only a quick bustle of lunch between, and then the sidewalks seemingly rolled up, and out went the lights. Restaurants in this part of town were unheard of in the dinner hour, save for a few ancient stalwarts. There was no music or other entertainment. And certainly no one lived there.

In the open void of space between the time City Center closed, and the drums of revitalization began to beat, there were only little pockets of life and commerce.

Oh, now every inch is established. Buildings are shooting up into the sky like the old part of the city once called “Flytown”—so named because the buildings seemed to fly up over night. Anything not already built up seems to be in planning stages. But this isn’t a brand new circumstance. The last decade has seen a wave of change wash over Columbus.

In 2011, while the water in the rivers still ran swift and muddy, the city opened the Scioto Mile in anticipation of huge changes to the river itself that would take years to engineer and complete. After a restructuring of the physical bed, the flow of the river is now widened and slowed, with habitat for wildlife, and space for recreation under the skyline. Now kayakers dot the glassy summer surface of the water, and once-disappeared animals like otters and rainbow darters have returned to the renewed ecosystem.

That same year saw the completion of the Columbus Commons, a now-staple performance and gathering place in walking distance for not only the commuters to the big corporations downtown, but those that have chosen to dwell there.

The Metro Parks continued their upgrade with the 2013 expansion of Scioto Audubon. The former police impound lot now boasts a boat dock, climbing wall, paved greenways, maintained ponds, event spaces, dog parks, sand volleyball, and more. There is no shortage of outdoor adventure available here, even if you live in a luxury highrise.

In 2015 and 2016, Columbus saw advancement on the intellectual front with the new wing of the Columbus Museum of Art, and renovations to the historic downtown library. Last year, the new Vets Memorial rose from the ashes where its predecessor once stood. Our historic and beloved LeVeque Tower now houses apartments, a luxury hotel, and one of the best bar/restaurants in the whole city.

“Progress” is a fickle word when rising housing prices push out established low income communities. But the area west of 315 is seeing hopeful change coming down the line after the dissolution of the city’s flawed vice unit, and plans for a safe house for sex workers along the Sullivant corridor. Progress giveth, and progress taketh away.

The area around COSI is slated for a huge upheaval in the next several years, as the long-empty lots and lawns there will soon house (even more) luxury housing, and walkable shops.

Long time residents have seen head-spinning changes happen in the last decade that simply are not possible in longer-established metro areas. Columbus continues to evolve at a rapid pace, simply put, because it has the room to grow.

Like a middle schooler trying on ridiculous hairdos, searching for their signature style, Columbus has a chip on its shoulder about establishing a widely recognized identity.

But the truth is, we’re a work in progress.
And progress is something we have in spades.