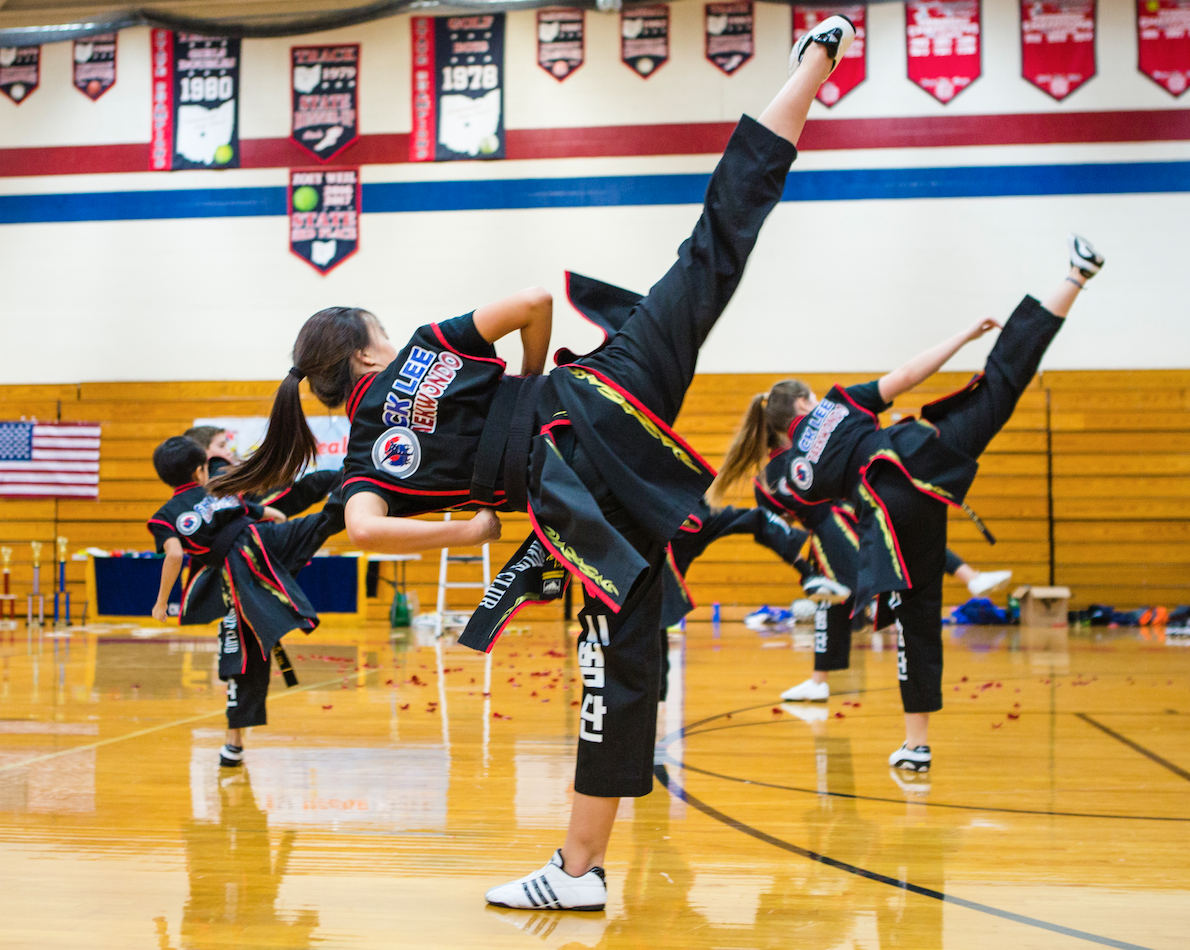 The Wilds celebrates the birth of another rhino calf

Let’s be honest with ourselves for a second: who wouldn’t want to break a wooden board with a furious Taekwondo kick or punch in front of several hundred cheering onlookers? Now, imagine the aforementioned spectacle will help a philanthropically-minded local business raise over $10,000 this year to bene t Nationwide Children’s Hospital?

You’d deserve a roundhouse kick to the sternum if you turned that chance away.

But worry not, all of you closet martial artists: there’s still time. Now for the fourth straight year, the Upper Arlington-based C.K. Lee Taekwondo Academy will host the aptly named Health Kick, an action packed fundraiser benefiting Nationwide Children’s Hospital. The event will offer the academy’s students, along with any willing audience donor, the chance to break a board in front of hundreds of their closest friends.

“We go through around 1,000 boards every year,” said Christine Lee, daughter of the academy’s namesake C.K. Lee, so there’s plenty to go around.

The pair, along with two other family members, immigrated to the United States

from South Korea in 2011. They wasted no time in opening their now-thriving academy in 2013, which today serves nearly 300 students from the age of four to adult.

Christine is a dedicated student of Taekwondo herself. Having studied it since the age of seven, she is currently a regular sparring competitor and a bonafide instructor at the academy, all while maintaining a full time course load as a student at Ohio State.

Likewise, C.K., now 53, has been a student of the martial art since he was a child. “Taekwondo has a focus on self control, courtesy, and respect for others,” he said, speaking to the benefits of the practice. Lee adopts this same holistic, progressive approach to teaching as well. “Teaching Taekwondo is similar to being a father, where I’m caring and nice when I can be, but firm and strict when necessary. Many students consider us to be like a second family.”

Testament to Lee’s style of instruction is nine year old black belt Taran Tein, who attends the academy with his mother (and our very own photographer) Rebecca and sister Calliope. Tien recalls extracting more than simply martial arts training, but important personal lessons from sessions with C.K.

While Tien gushes about the kindness and enthusiasm of Lee, he recalls an important early lesson in his training career. “On one of my first days, I kept trying to show off things without listening. Later when I would try to high five master Lee, he didn’t high five me. He would put his hands behind his back.” Lee eventually took Tien aside and gently explained to him that listening to his instructions was critical to success. He remembers the event vividly, and it appears it has generated an amount of productive self awareness one wouldn’t expect from a 9 year old. “I feel like I’m more mature now,” he said. “There’s a reason he didn’t high five me, and I know that.”

And when Lee isn’t providing paternal advice to his nearly 300 students, the Taekwondo Grandmaster is bestowing critical Columbus charities with funding.

In the last three years of its operation, Health Kick has raised $28,000 for Nationwide Children’s Hospital, and a fundraising event that has always been solicited by the students.

The event is the Columbus-area iteration of a national fundraiser that began in Buffalo, New York, with Taekwondo Grandmaster Sun Ki Chong, called the ATU National Health Kick, or Kicking for Miracles. Since its inception, it has raised millions of dollars for charities across the county.

The 2019 C.K. Lee Academy Health Kick will be held in the Centennial High School gym, since the fundraiser is now too large for Hastings Middle School, its former venue, and the Lees expect well over 300 people to be in attendance.

Students from the academy will start the event by holding their final belt ceremony of the year, which will include students performing their forms—a coordinated series of kicks, punches and other maneuvers that martial artists must run through correctly to advance.

After another short demonstration of forms by the academy’s demo team, Lee’s students will begin breaking broads, and eventually audience members will be able to try their hand (or more likely their foot) at the task, after making a $10 donation.

According to Tien, donors need not worry about failing. “Everyone should be able to do it,” he said. “We’re trained to hold it the right way, and that makes it a lot easier to break.”

And while the many youth receiving care from Nationwide Children’s will no doubt benefit from the 2019 Health Kick, Lee’s unique approach to philanthropy aims to help his students just as much.

“I think that even though many kids won’t be able to raise $100, by raising even $1 or $2 they will be able to feel like they’re a part of the fundraiser,” Lee says. “They’ll see at the end how that small amount of money becomes over $10,000, and hopefully that act of kindness becomes a habit for them.”