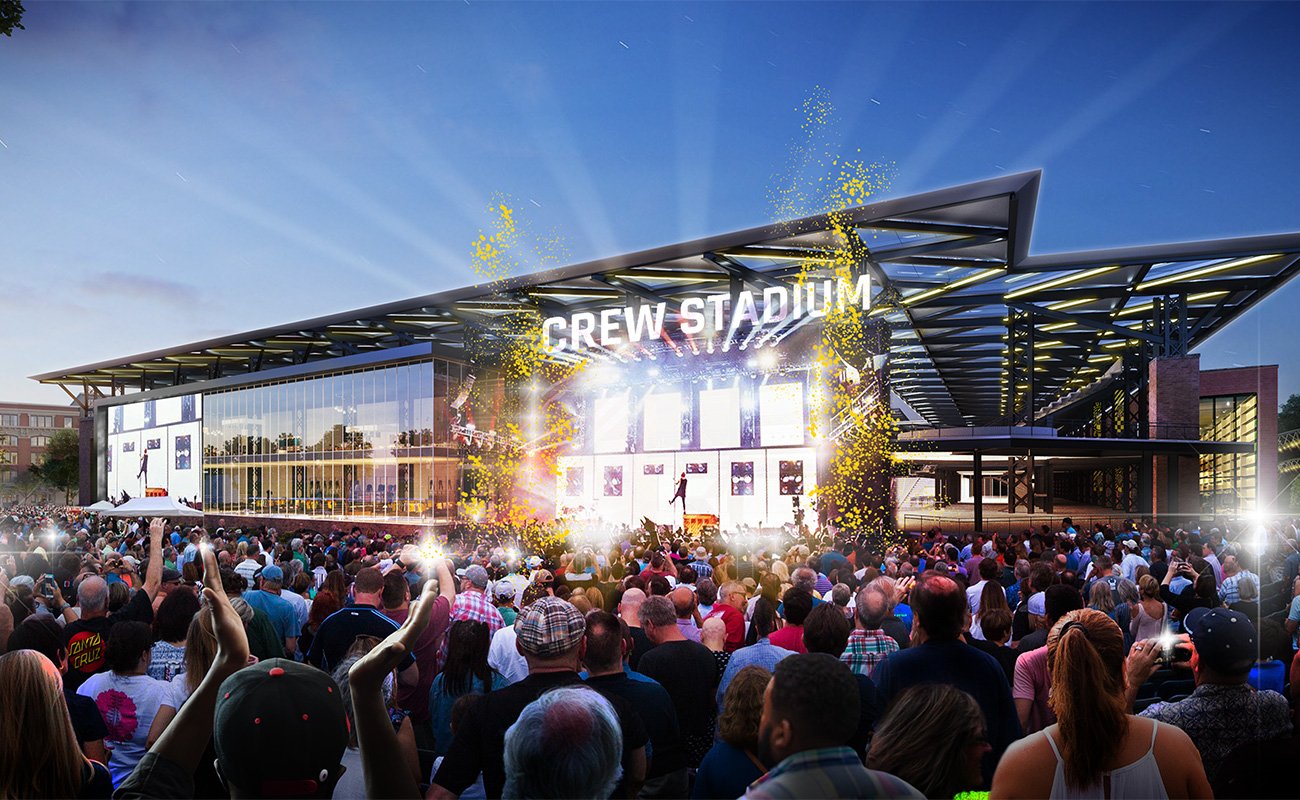 How far are you willing to walk to support Crew SC on their new pitch?

City and Crew officials are expecting most soccer fans to park their cars at existing lots in the Arena District and walk to the new stadium proposed for a 33-acre lot west of Huntington Park on the north side of Nationwide Boulevard.

This Week News calculated the distance to be anywhere from 15-20 minutes on foot.

The idea for the plaza is to promote pedestrian and bike traffic, rather than vehicular—officials don’t even plan on building additional roads or highway ramps to feed into the new stadium. However, current plans call for one parking garage west of the stadium.

It is estimated that there are 12,200 parking spaces within a 15-minute walk of the new stadium site. The new stadium will have 20,000 seats.

Crew owners are working with the city, the National Hockey League, and Minor League Baseball to minimize schedule conflicts so that traffic and parking congestion can be avoided, reports This Week News.

Columbus committed to $50 million as part of the plan to keep Major League Soccer in Columbus. About $20 million of that is for infrastructure around the new stadium and proposed development while the other $30 will be dedicated to a new community sports park that would include Mapfre Stadium.

This soccer complex is expected to anchor the Confluence Village development which would have 885 residential units and 270,000 square feet of commercial and office space for up to 1,300 employees. Work is expected to begin in early 2020.