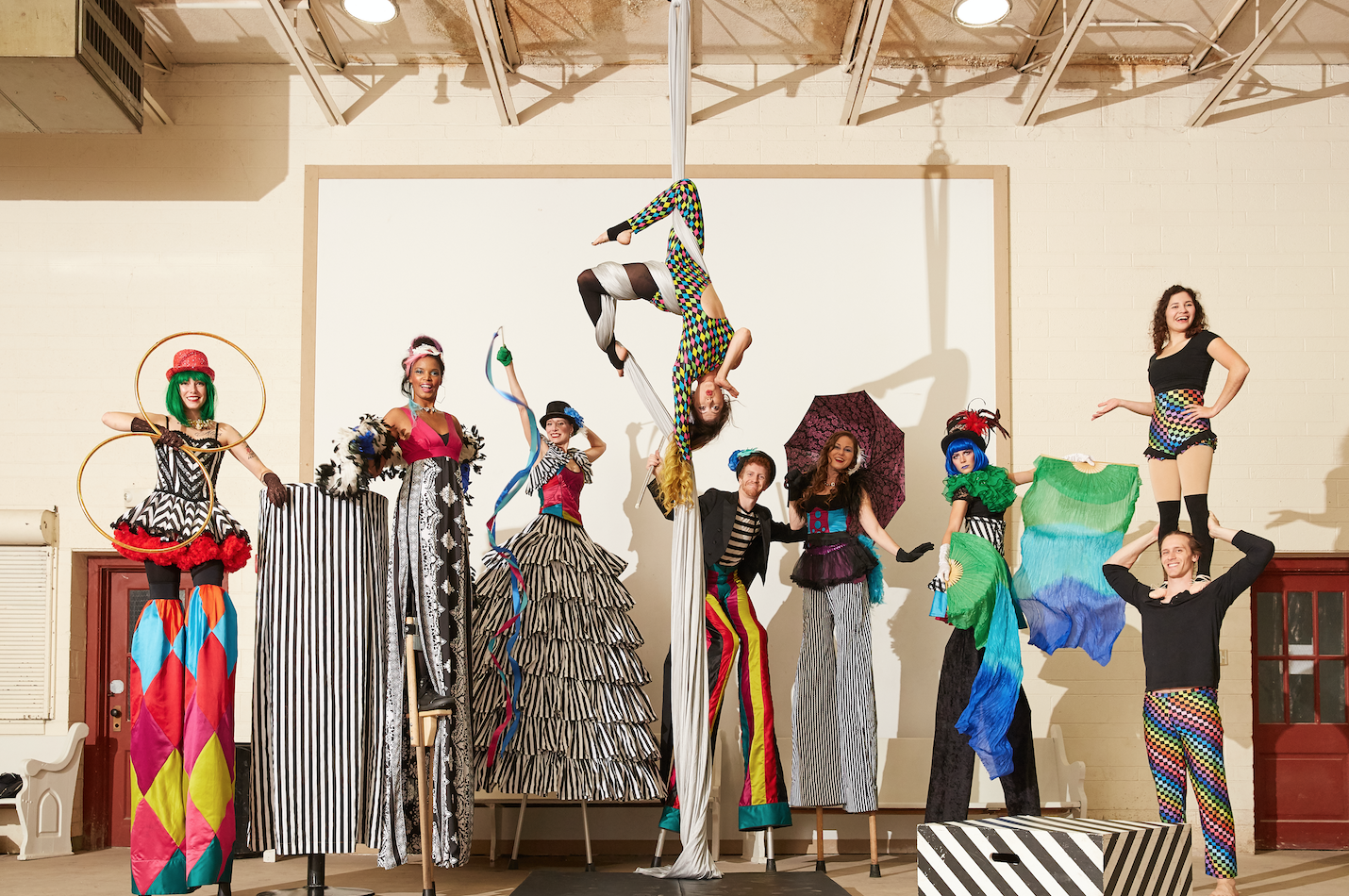 If you have been to a local festival, parade, or corporate event where you’ve seen stilt walkers, fire-eaters, hula-hoopers or lyra artists, there’s a good chance you’ve been in the presence of an Amazing Giant. Founded in 2011 by Jessica Minshall, The Amazing Giants was born out of one woman’s love of stilt walking and her friends’ desire to learn the skill. Now a new challenge is looming for the group—a business expansion to Hawaii.

Working in the service industry, Minshall saw a need in Columbus for a different type of entertainment. She taught herself how to walk on stilts for a festival gig out of state. This new hobby intrigued a group of her friends, and they decided to learn, too. From there, The Amazing Giants were born. “My partner and I bought a lot of stilts and just taught people how to do it,” she said. “We all found each other.”

What began as a few friends learning a new skill and having fun together practicing it evolved into a booming business with 40 employees and contract workers, including magicians, face painters and more. They are hired for events to do everything from wearing full bodysuits covered in tiny mirrors and dancing to wearing and serving champagne from large metal skirts to dazzle a crowd.

“We have evolved with different equipment, too,” Minshall said. The Amazing Giants owns the only sway pole in the Midwest. It allows performers to create a large- scale spectacle with an extreme cirque-style pole acrobatic act without the need for a permanent installation. With hundreds of costumes, 20 pairs of stilts, and entertainment offerings of just about every circus art imaginable, The Amazing Giants truly seek to astound.

Having had great success in the Columbus market, Minshall decided to grow her business, and recently brought The Amazing Giants to Honolulu. “I had family out here that I would visit and realized they don’t have anyone doing what we do. There’s not really a group or team of stilt walkers working together,” she said. So Minshall bought six pairs of stilts, and hosts open gyms where interested performers can show off their skills and possibly train on stilts. “They don’t need to send me a resume, necessarily,” she said. “It’s about personality and talent.”

Importantly, Amazing Giants must have an abundance of confidence without an overabundance of ego. “I tell people we have to get comfortable being uncomfortable. As an entertainer you have to get over your shyness and put yourself out there.” The ability to work as a collaborative team player is also key, she said. “Our team often works in tight quarters, and whether or not it is well-received, you have to put on the show as best you can.”

Although Minshall is keeping the headquarters in Columbus, now headed by Chief of Operations Olivia Ranier, she says she is excited about the expansion and her recent move to Honolulu. “It reminds me a lot of Columbus because it has that small-town, big-city feel with a similar {\(metropolitan area) population of around one million people,” Minshall said. And the environment is ripe for her type of business. “In Honolulu, we have events year-round; in Columbus our business slows down after New Year’s Eve,” she said. “There is also a lot more tourism and a convention center that brings in a ton of people.”

Although her business has expanded, don’t for a second go thinking that Minshall is going to forget where she comes from. “A lot of times people ask me where I am from and they say, ‘Wow, I’ve been hearing a lot about Ohio lately.’ I have nothing but good things to say about Columbus and what kind of platform it’s given me. It’s a massive city with a thriving arts and entertainment culture—and it’s extremely underrated. I will be Columbus-promoting forever.”