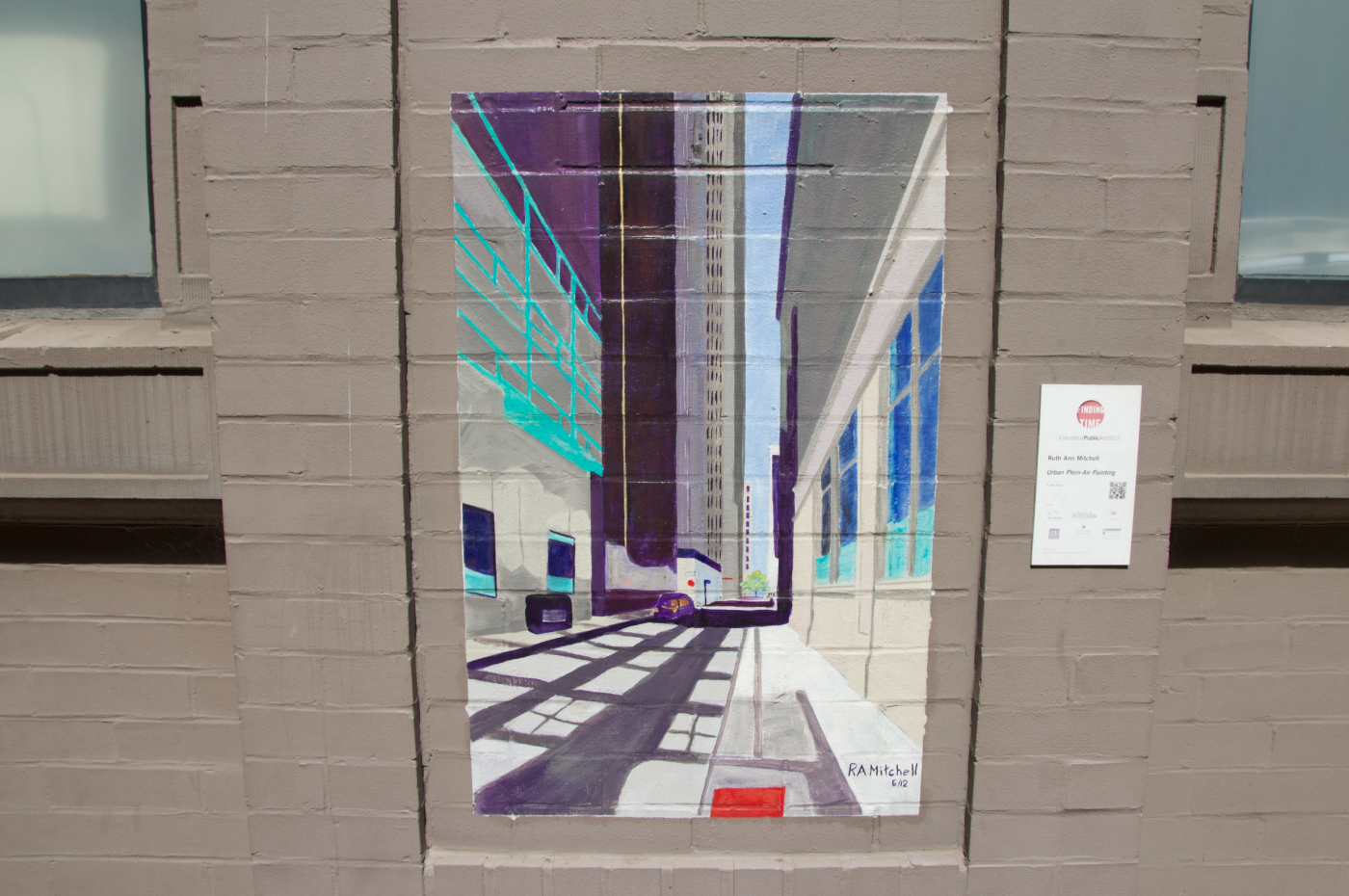 If you’re one of the many Columbus drivers whose commute takes you through downtown via 4th street, you may have noticed the strange artwork adorning several buildings in the vicinity of 4th and Broad:

More intricate than your average street art, these perplexing works are rendered in acrylic paint that is applied directly to the face of the structures, depicting various scenic views from throughout the city.

So what gives? Is Columbus home to a brazen, landscape-obsessed Banksy wannabe? Upon closer inspection, each piece on display is accompanied by a gallery-style placard, complete with a scannable QR code. From here, the not-so-mysterious mystery of the downtown paintings is revealed.

A scan of the code on a smartphone directs you to columbuspublicart.com, where the project is revealed as a commissioned public work by Central Ohio Plein Air—an informal group of artists who enjoy painting outdoors.

As the site explains, members of the group created 20 discrete paintings on buildings downtown “en plein air,” a style of painting in which the artist paints a subject on location.

For this project, an element of the unexpected was intentional. Focusing on unlikely urban locations, the artists tucked works away in alleys and crevices throughout the downtown core to be stumbled upon spontaneously by unsuspecting pedestrians.

The next time you’re rushing your way through downtown, remember to take a peak down those dark alleyways. What you find may surprise you!

For more on this and other public art projects throughout Columbus, and for a full list of artists and works on display, visit http://columbuspublicart.com/.