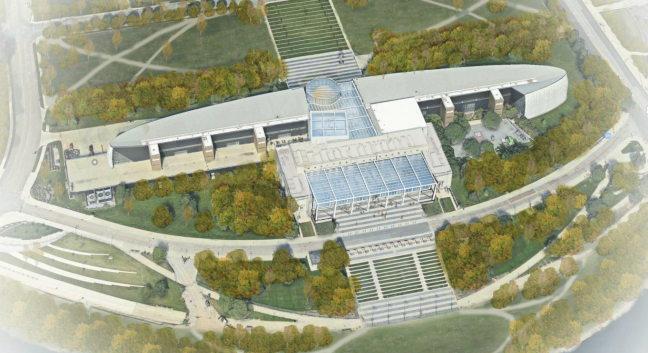 Can you guess which local joint is on Ohio Taco Trail?

A decked-out pedestrian passageway through COSI is slated to eat up the fattest portion of the state capital budget allotted for central Ohio.

The COSI Connection Corridor is in line to receive $5 million budget dollars—only enough to cover a fraction of the total projected cost of the project.

Expected to offer 30,000 square feet of retail shops and restaurants along the way, the corridor has been conceptualized as a glass-enclosed corridor through the middle of the science museum building, connecting the recently redeveloped Scioto Greenways project to a yet-to-be-built, 21-acre “unparalleled development opportunity” called the Scioto Peninsula.

“Rather than serving as an obstacle, the COSI building has the potential to serve as a gateway,” reads the application, per Columbus Underground.

Other projects in central Ohio granted budget money include: