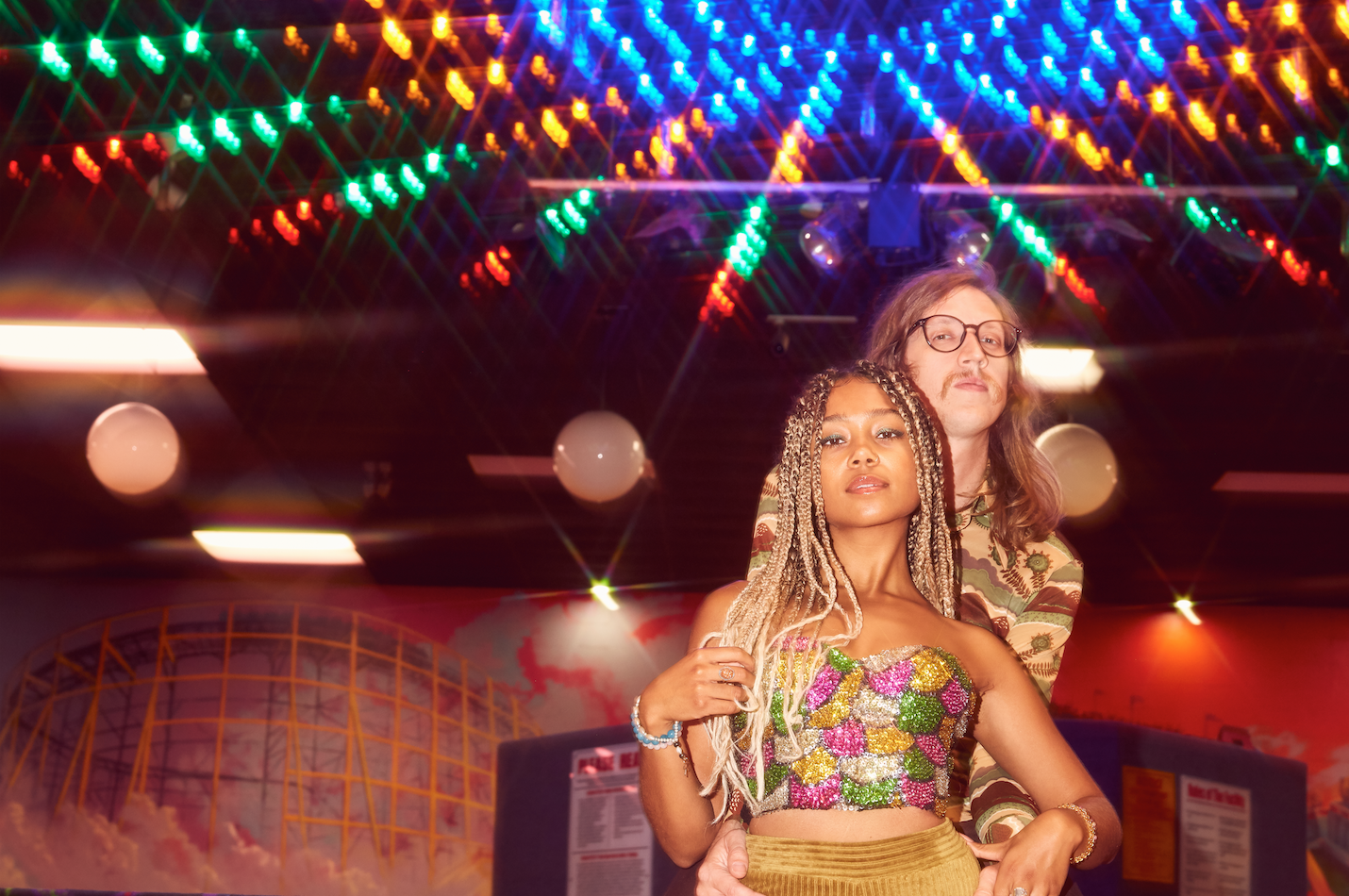 It’s the hippest trip in Columbus. With the Midwest being the rightful birthplace of funk, the four-part collective of 70s dance party Damn Girl is taking their celebration to the roller rink. With regular attendees dressed in floral and lamé threads, the monthly function is always themed, with more emphasis on fun than dramatic attire. After finding their groove at the now-defunct Circus bar in the Short North, Damn Girl became nomadic, continuing the festivities at multiple venues before finding their niche at Skully’s.

Raised in Minneapolis before assisting with indie rock events in Columbus, Damn Girl DJ Charles Erickson reflects on the event’s beginnings, recalling that it once had 1,000 attendees through the door at the rustic digs of Strongwater. “At the time, [Strongwater] didn’t even have half the infrastructure they do now. I mean, we used to have to get on a scissor lift every month to hang our own disco ball lights and video projector,” he says. “They weren’t able to manage that, plus they’re trying to turn it around and have a wedding there the next morning. It was just a nightmare for everybody.”

Hauling their strobe lights to Bluestone, the group realized they weren’t able to sustain drink sales for signature booze, as guests would regularly pregame before Damn Girl. Adding insult to injury, Bluestone couldn’t afford to pass on lucrative private bookings, as the building’s magnitude was surpassed by the quantity of the event’s guests, despite the event being fit for intimacy. While Erickson says that Bluestone is open to realigning with the group, these patchy circumstances left Damn Girl with one last resort.

“We ended up deciding on Skully’s, with it being a little bit smaller but most importantly just a lot more sustainable. There’s a vastly better integrated lighting and video system, so we just show up on stage and plug in,” Erickson says of their final venue. “That’s one of the big challenges of that kind of event, was finding the sweet spot.”

As the Short North changes, Damn Girl doesn’t have any plans to retreat just yet. With sounds ranging from Michael Jackson to Donna Summer, on every third Friday of the month, the event is the one-stop shop for nostalgic fanfare. Following their six-year anniversary in July, the collective’s first “Roll Bounce” is sure to bring high roller vibes.

“Ohio has always been a mecca for funk music. Our audience is the best, people come to dance and the percentage of the people who are on the dance floor is always high,” Erickson says. “The music that we play is chosen to be fun and uplifting and we’ve worked hard to build an inclusive culture around our night.”

While cinephiles may take rollerskating cues from Boogie Nights and Unholy Rollers, for Damn Girl DJ video and lighting coordinator Donnie Mossman, 2005 film Lords of Dogtown provided a hindsight on polyurethane wheels which changed skating and skateboarding drastically in the 70s. “Before [polyurethane], the ride was bumpy and not as fun. When the ride got smoother, combined with the disco and funk music of the time, a kind of magic happened,” Mossman says.

“There’s something so free about the feeling of your body coasting on wheels—that’s part of the reason we’ve been so excited to throw this party.” With Roll Bounce being held at Skate Zone 71, the Damn Girl crew is certain that fans from far and wide will attend, continuing the six-year anniversary bash and ringing in a new tradition on wheels. With residential spots like Oddfellows, Local Bar, and Flower Child that subtly pay homage to the 70s, Damn Girl has no gripes with continuing their vintage influence.

Columbus nightlife is growing exponentially, but Damn Girl welcomes the pressure. Though they’re just six years in, Damn Girl’s throwback to Ohio’s retro origins shows that they’re here for the long haul. “As Columbus has gotten bigger, people have a lot of choices. So we’re honored when people choose us,” Mossman says. “We love seeing our regulars every month and also meeting new people who’ve never been to Damn Girl. It feels really special to welcome new people who had a good time dancing with us.”