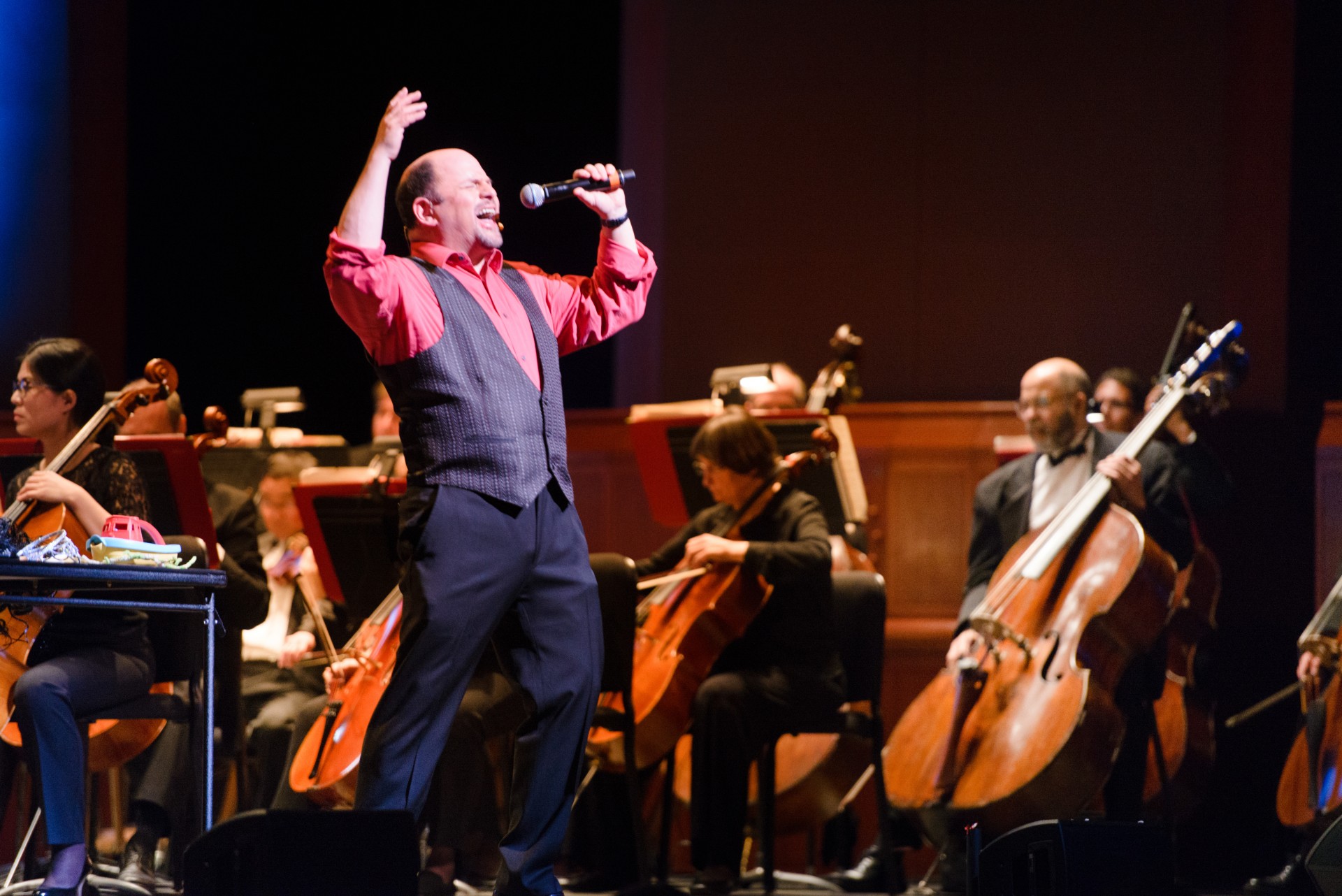 If you’re expecting a stand-up comedy routine from a frumpily-dressed Jason Alexander full of jokes about soup and shrinkage and Festivus, move on.

Alexander’s still getting laughs. But, they’re a different kind as he returns to his roots as a Broadway show performer, taking his singing, dancing, piano-playing, storytelling routine across the country with a pops-style show that will arrive in Columbus this month. Alexander will join the Columbus Symphony Orchestra to tell the story of his life on the screen and stage.

(614) recently had the delightful opportunity to speak with the Tony Award-winning actor about the show, his love of poker, and the influence of George Costanza on our culture in 2019.

(614): “An Evening With Jason Alexander” comes to the Ohio Theatre on April 27. What can our readers expect from
the performance?

JA: (Chuckling.) I’m only laughing because I’ve been doing this for about three years, and that’s always the first question! So “An Evening With” is a pop show that I’ve been doing for about three years all around the country. I know most people may not immediately think of me as a singer if they know me from my roles on television, but it is a more-or-less autobiographical journey through my love affair with music from the Broadway stage.

Some of it is things that I’ve performed on Broadway, some of it is not. A lot of it is very funny. A lot of it is just great music. It’s a slightly different show in that, although there’s a symphony orchestra up there, it does feel like an intimate evening. There’s lots of storytelling, and at one point in the show I bring about seven people up on the stage—and they are truly not plants, I pick them at random—and they wind up performing a number with me.

The preparation is all emotional. I went into performing because I was a really shy kid, so I was able to hide in plain sight. I could be with people, be out in front of people, and I was always more or less hiding behind some character. I’ve always said the five worst words for me in the English language are, “Ladies and gentlemen—Jason Alexander.” That usually scares the hell out of me! That means I have to go out there and be myself.

The beautiful thing about this show is the preparation was all in creating the show. If you’re going to go in front of people and take their time and present yourself as an entertainer, what story or stories do you want to share, and how do you want to play with an audience so they have a
very full and very rewarding time? That was all the hard part. In the actually getting up and doing it, I’ve been pretty lucky that I’ve been playing with some of the best orchestras in the country, so when I’m up there I’m generally having a pretty good time. If I’m not, something’s gone terribly wrong.

You’ve made a name for yourself in the competitive poker world, even appearing in the main event at the World Series of Poker. How did your interest in poker begin?

Almost everybody in my business bumps into poker at some point, because if you do theater and movies, there’s a lot of down time. More often than not, somebody will say, “Hey, let’s play some poker.” But it was around the time that the celebrity poker shows started in the early 2000’s that I remember being invited to be a player on a televised poker thing, and my publicist represented [professional Poker player] Phil Hellmuth at the time, and he said “Hey, I represent this professional poker player, would you like a lesson?” And I said, “What the hell. The guy calls himself a professional poker player. Let me go see who he is.” After about ten minutes my head was spinning. I realized there was so much about this game I did not understand, never knew, would never understand. But I became fascinated with it.

It is such a rich game in that there are so many ways you can play it. You can play it as a mathematical player, you can play it as an instinctual player. It is an actor’s game because you are always making impressions about yourself at the table, always trying to understand the impression other players are making. I’m so fascinated by the game, but my fascination does not, unfortunately, mean that I am good at it. I am entertaining at the table, I generally know right from wrong, but sometimes right doesn’t work, and even knowing wrong I have proceeded to do the wrong thing time and time again. It’s kind of like life, you never stop being surprised and learning more about it.

I also meet amazing people at the poker table, fascinating people that I would never otherwise meet. I’ve lived in Los Angeles for 30 years and I work in the entertainment business, so I don’t often meet guys who are driving buses in Cleveland, Ohio, or work in accounting firms in Wyoming, but at the poker table you meet people from every walk of life.

For nine seasons in the 90s, you played the iconic role of George Costanza on the classic sitcom Seinfeld. What lessons can George teach us in 2019, or where in our modern culture do you see the character’s influence?

Well, if I am to believe social media, the president is making a lot of George-isms. The one that keeps being tweeted at me is, people believe the president may be subscribing to the Costanza philosophy of “it’s not a lie if you believe it.” I am afraid, unfortunately if you want to be serious, that the sort of selfishness and short-sightedness and narcissism that George Costanza was certainly guilty of may have infected a lot of our modern culture right now, and to nobody’s good, I’m afraid.

Jason Alexander will perform at the Ohio Theater on April 27th at 8 p.m. For tickets information, visit columbussymphony.com/events.