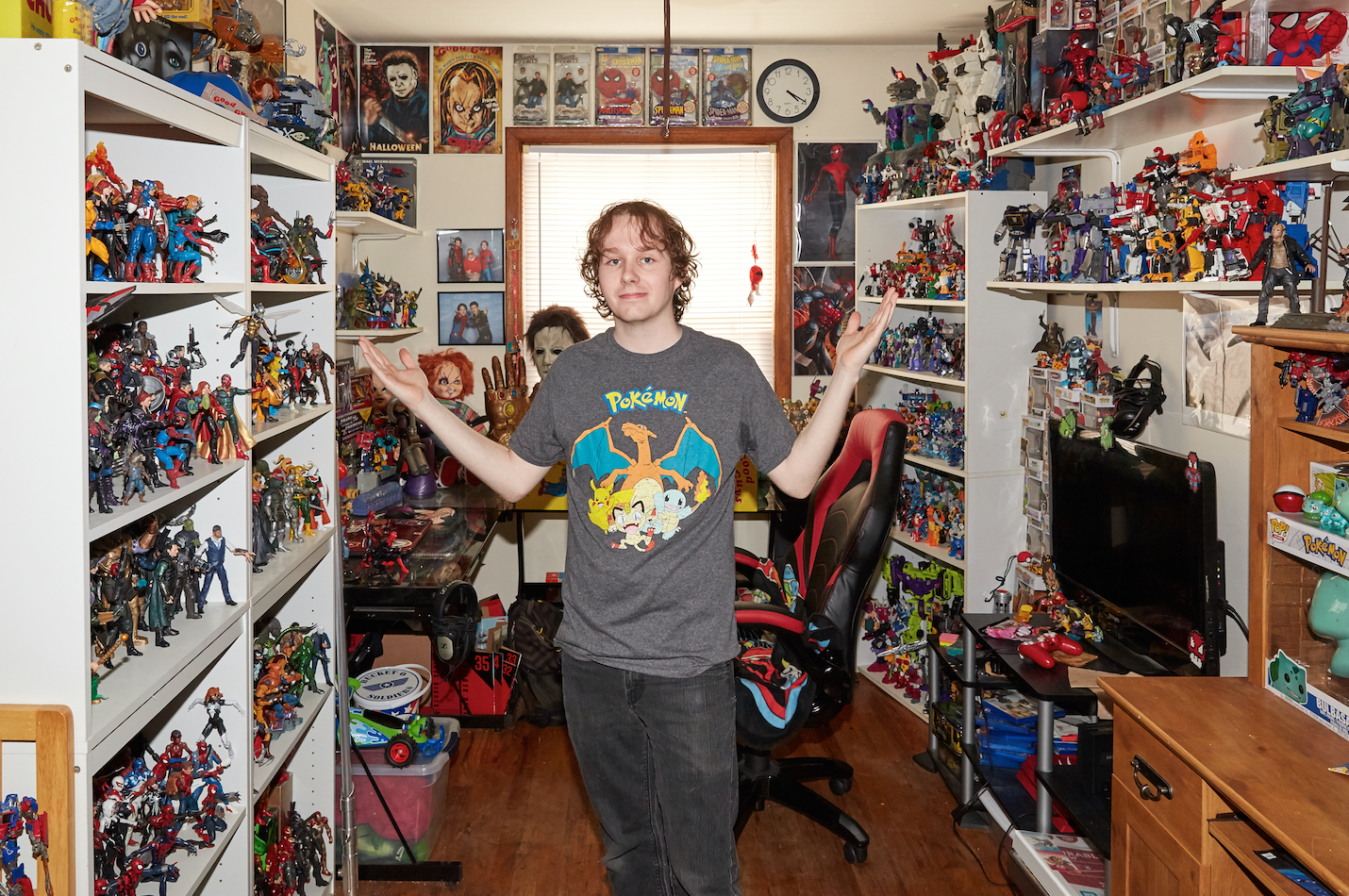 The Six Pack: The best local beers for your tailgating cooler

Known simply as “The Collector” to most, Taneleer Tivan is the Marvel Comics universe’s most prolific accumulator of stuff. In the Marvel Cinematic Universe films, where The Collector is played to perfection by Benicio del Toro in maximum weird mode, the character has everything from one of those now-famous infinity stones to a wisecracking anthropomorphic duck in his possession.

While he may lack talking waterfowl or a gem with the power to reshape reality as we know it, Wyatt Boggs has of one of the most impressive collections this side of the MCU. As a matter of fact, pieces from the Marvel universe account for around half of the collectables on display in Boggs’ office, which is practically bursting with pop culture goodness. Transformers, the classic vehicle-to-robot creations that have been a toy aisle staple since the 80s, make up most of the rest, along with various ephemera from classic horror films.

(614) spoke with Boggs about what he looks for in a collectable, and where the haters can (respectfully) stick it.

WB: At the age of 11 or 12, I was sort of waiting to stop watching cartoons and stop playing with toys. I was waiting to get into sports like all the other kids, and that just never happened. I realized that this is just what I’m into, and it sort of snowballed. It’s been about 11 years of collecting now.

How would you categorize the things that make up this collection? Action figures, toys of all kinds…?

I would just say “collectables,” because I like action figures, but I also like replicas, 1:1-scale things, and anything like that. But it does mainly consist of action figures.

What was the first piece of this collection?

What criteria do you consider when adding to the collection?

When it comes to Marvel, I try to keep it to [characters] I know. There are thousands upon thousands of Marvel characters out there, and I don’t know every single one of them. I try to keep it to the characters that I recognize and am invested in. When it comes to Transformers, there are figures that actually transform, there are high-end statues that don’t transform, and others. For myself, the non-transforming things—while I think they’re great pieces—I’m not into those, because I like the technical aspect of the transforming. If it’s a Transformer, I want it to actually transform.

What do you consider to be the “crown jewel” of the collection?

The crown jewel is my one-to-one scale “Good Guy” doll from Child’s Play. I’ve been a huge fan of Chucky for about 12 years now. I’d always wanted one of those, and a company finally made it available last year.

The thing that’s always confused me is that Chucky is a toy, but there’s never been a very good 1:1 scale replica—an “actual” Chucky doll. I always wanted one that was legitimate, that looked like it came out of the movie. That’s what this one finally is. It feels like a grail, to have finally tracked it down and to be able to put it on my shelf or hold it. There’s catharsis of finally owning that replica that I’ve been wanting for a really long time.

Do you ever come across haters with a collection like this? How do you respond to negativity?

If I’m in a toy store and someone walks past and scoffs, I don’t care. The way I look at it, at the end of the day—it’s not meth. I’m not hurting anybody, and it’s something that makes me happy. I buy merchandise the same way that others do with anything they’re into, be it movies or sports. That’s all I’m doing, investing into a hobby.

The thing that I would want people to know about me, or about anybody who’s into this sort of thing, is that people are into what they’re into. Just accept people for who they are and for what they enjoy. I think it’s important that people get out and express themselves, and have the freedom to do so. Let people be themselves—that’s all I’ve ever tried to do.