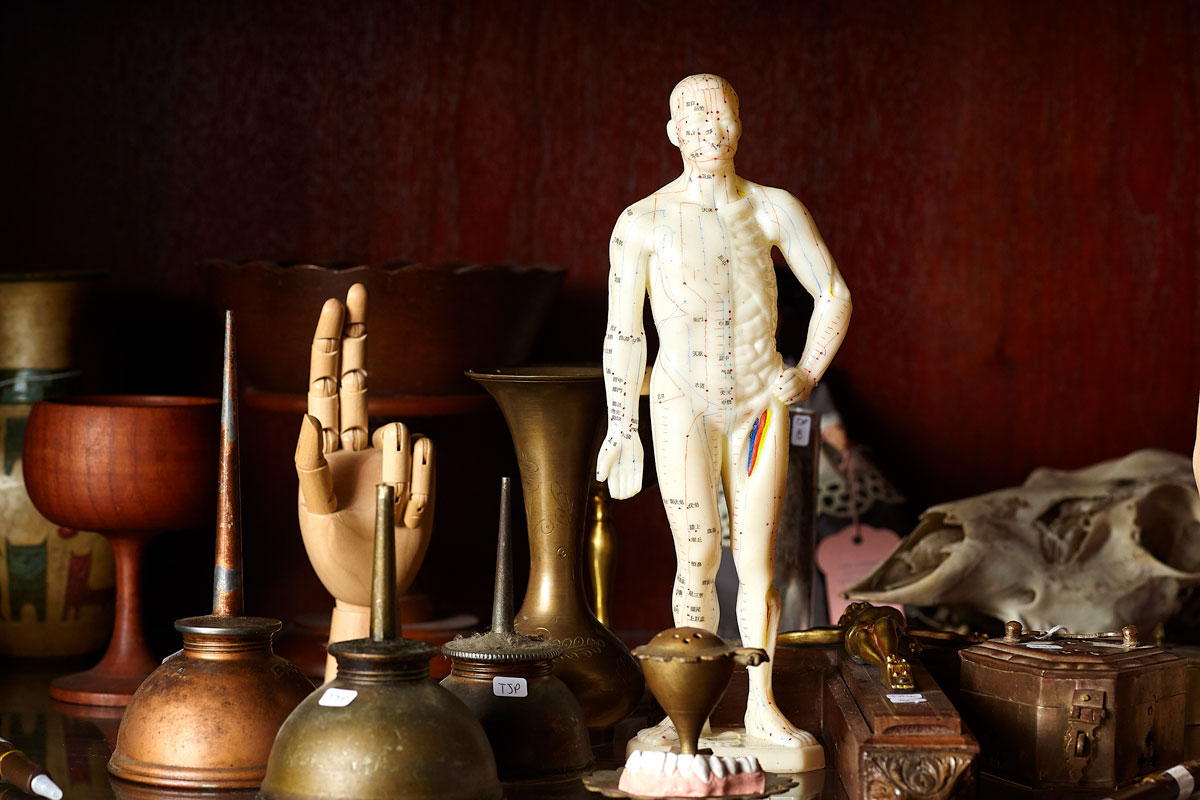 When it comes to weird, Austin (Texas) may market their offbeat brand, but Columbus quietly holds its own.

Despite a disparaging white bread reputation, we’ve secretly become a Midwest mecca for ideas that often seem at odds with the cows and corn fields that surround us. Which is why WitchLab, the occult emporium for oddities and macabre antiques, found Franklinton was the perfect fit.

“I seriously started to consider a retail space about a year ago. So we looked and spent a lot of time talking to building owners,” recalled Tiffany Boggins, founder of WitchLab. “But as soon as I mentioned what we were doing, suddenly the space wasn’t available, the rent quadrupled, or they just weren’t interested anymore.”

Boggins had been working out of her suburban basement for years with business partner Tona Pearson. Originally intended to become an online store for wholesale supplies, classes and community soon distinguished and defined the brand, providing the personal connection practitioners lacked most.

“I realized I missed being around other people—having coworkers, having people stop by, having a designated place that wasn’t my home started to become imperative,” she noted. “I put it on the back burner and focused on classes and ideas for building our product base. Then in June, we had the opportunity to look at this building, only because we knew the landlord, and it all went very smoothly.”

Finding the right space isn’t uncommon for small businesses, especially those that struggle with stereotypes and prejudice. Their biggest concern should be making sure customers can find their
spaces, though many often have a tough time finding a space themselves.

“Witchcraft is a word that can shut many doors, but it can also open a lot of doors,” Boggins revealed. “Once you start using the word publicly and with pride, people start coming out of the woodwork who have been looking for somewhere to go, to talk openly, to be themselves.”

Columbus’ West Side has evolved into a safe harbor for artists and entrepreneurs across all industries. From 400 West Rich to The Idea Foundry, the initial enclave of innovators and outsiders continues to expand its geographic and creative footprint.

“We’re both involved in the arts community here and everything is so grassroots. That’s why people love it,” explained Pearson. “It’s artists and makers running their own spaces. Not businesses selling things.”

Even areas as live-and-let-live as Franklinton aren’t always welcoming. Boggins and Pearson made of point of getting to know their neighbors at the mission down the block during construction, and hosted a winter solstice open house to help dispel any lingering concerns, to
shed some light into the shadows that tend to surround their craft.

“We were looking at parts of town that weren’t like the Short North. I used to be part owner of Piercology. Tattoo and piercing places also have a tough time with landlords,” Boggins recalled. “We actually moved from the Short North to Victorian Village to get away from what was going on there and the transformation to trendy. We just weren’t interested in being there anymore.”

Every aspiring chef who eventually escapes their home kitchen or artisan who outgrows a garage knows finding that first space isn’t easy—and finding the perfect space is nearly impossible. But WitchLab found the right fit in an empty storefront they could cast into whatever they wanted: a robust retail space, a dedicated classroom, a library open to the public, private reading rooms, and an enormous basement for production.

“All of the places I looked at before, I was picking and choosing what I’d have to give up. But here, I could do everything I wanted,” Boggins said. “It gave me all of the things I couldn’t find elsewhere. Plenty of space, parking is great, and I don’t have to sugar-coat anything or change the way I talk about what we do.”

Magic isn’t as maligned as it used to be, but is rarely represented faithfully on screen. Even Harry Potter still draws some ire and CBS sent the series Strange Angel straight to their streaming service. Both Boggins and Pearson admitted they’re fans of Sabrina the Teenage Witch. Despite its somewhat inaccurate depictions, it breaks down barriers and starts a conversation.

“Pop culture and the political climate are making witchcraft less obscure. We used to be all of the ‘weird kids’, but now we’re adults who are finding each other,” Pearson explained, revealing an unexpected clientele. “Christian parents bring in their weird kids in because they support their kids, because they want to learn.”

“They’ll come in and say, ‘I don’t know anything about this, but they’re really interested. How do I help them?’ ” Boggins added. “We didn’t realize that was going to happen. Since then, we’ve brought in a lot of material for those just starting out, at any age, books for beginners.”

Beyond the obvious intrigue of the two-headed calf and the human skeleton in the corner named Clay, it’s the more mundane supplies that attract fellow practitioners from far and wide. Their annual autumn event, The Dark Market, attracts vendors and patrons from across the country. But after a December opening to find their footing, spring is when WitchLab expects to hit its stride.

“All of the Pagan holidays are based on balance. So we have the extremes, the solstices with the longest and shortest days of the year, and the equinoxes, where the pendulum is in the middle,” noted Boggins. “That’s when, particularly in the spring, people are itching to start something new. It’s a season of awakening and perfect timing for us, to be open for a few months listening to our clientele and ready when they are.”

For details on events and classes, visit witchlab.com