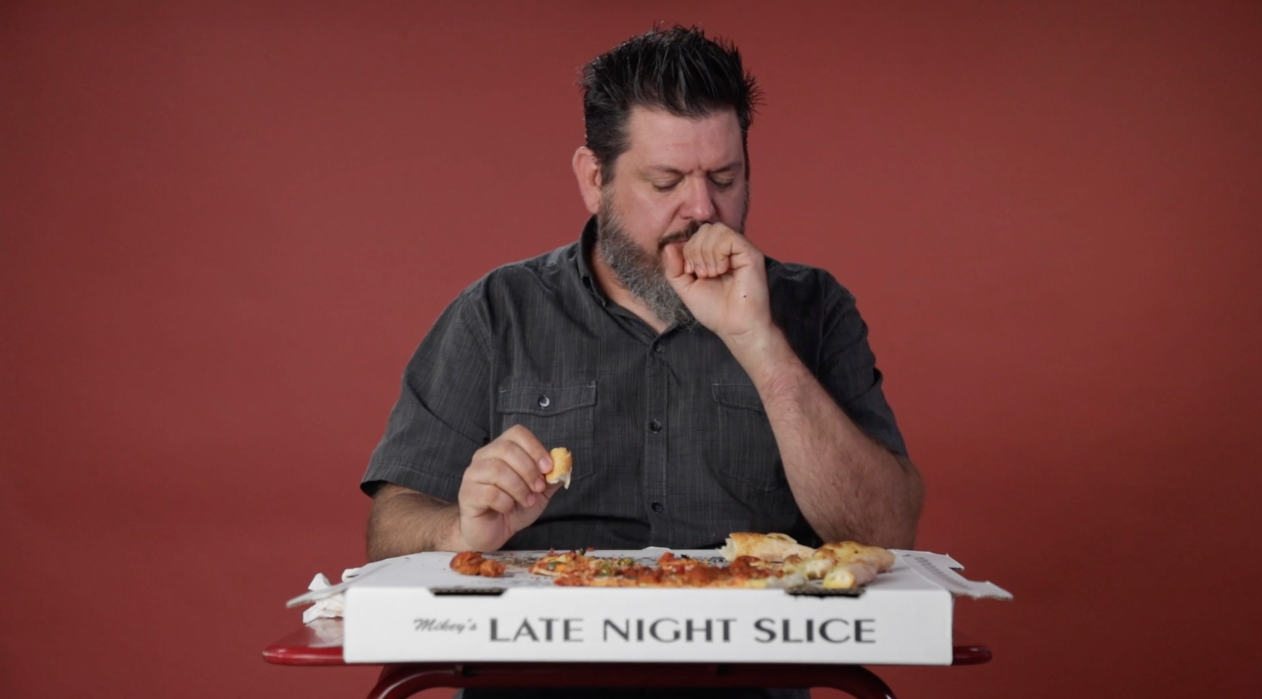 Are you someone who sees food as more of a challenge than a necessity to live? Do you like pushing your tastebuds to the breaking point? Do you support the #PizzaIsLife movement?

Then Mikey’s Late Night Slice’s Fiery Death w/ Hate Sausage is for you.

The pizza originated as a dare between regular customers and the owners of the shop, and has become a hotly anticipated special offering ever since.

We dared some (614) staffers to try the zesty ‘za—some crashed and burned while others made it out cool as a cucumber. Live vicariously through them in the video below:

The blazin’ creation will be available exclusively at Mikey’s Late Night Slice at 268 S. 4 St. Thursday October 17 through Sunday, October 20.

So, you can handle one slice of Fiery Death? In the words of the great Shania Twain, that don’t impress me much, despite the required waiver you must sign before consumption.

The Fiery Punishment Contest challenges only those with the toughest intestinal fortitude to devour not one, not two, but THREE slices of Fiery Death with Hate Sausage and a raw Carolina Reaper Pepper and remain seated for five minutes afterwards without additional food or drink.

The Fiery Punishment Contest will be held Thursday, October 17 at Mikey’s Late Night Slice flagship location at 268 S. 4 St. Eight contestants will face off at 8pm to race to the death, er…finish.

Not up to the challenge? Never fear—spectating the spicy spectacle with a slice of plain ol’ cheese pizza with ranch dipping sauce in hand is completely free of charge. If you can’t beat ’em, watch and laugh at ’em.