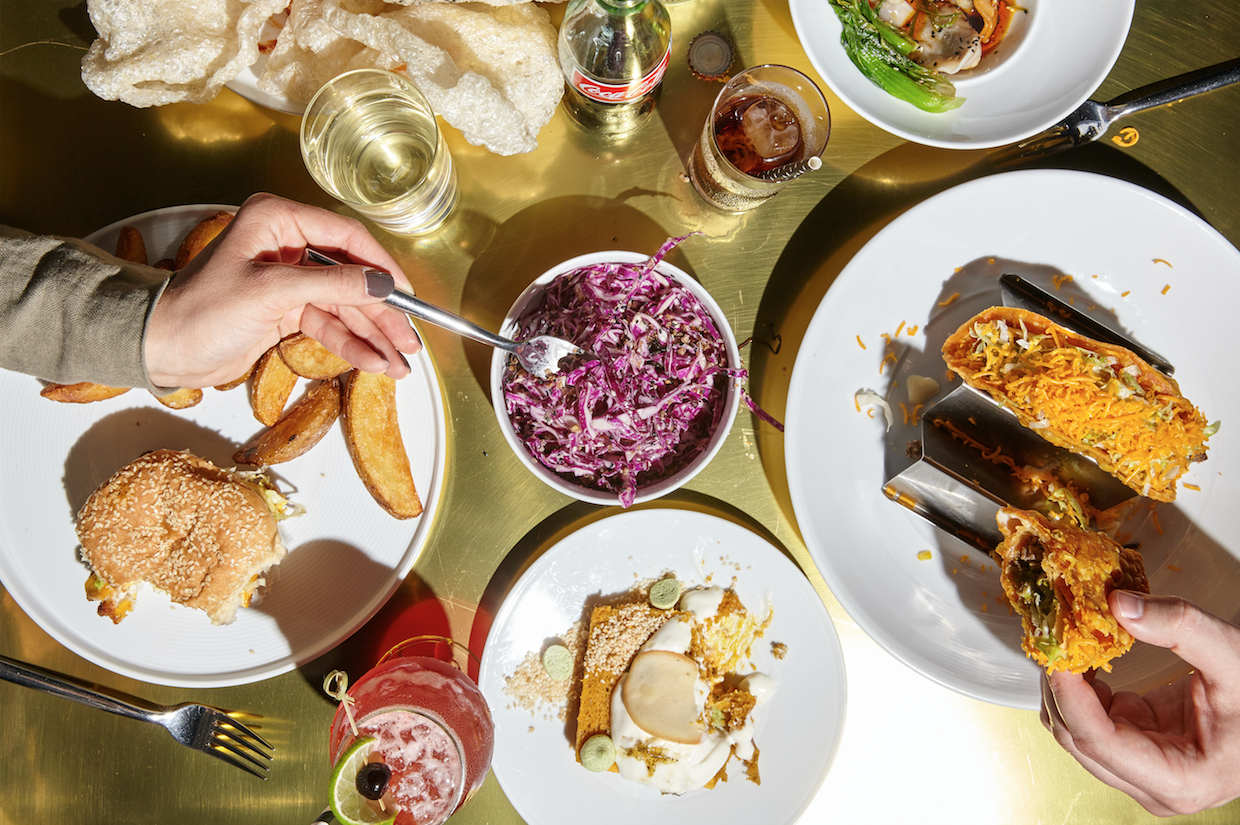 The evolution of eating in Columbus

The second decade of the new millennium marked some big changes for Central Ohio—especially when it came to the dining scene. Bigtime booms, heartbreaking busts, and some much-deserved national acclaim—the 2010s will always be remembered as a defining era for food and drink in the capital city.

When discussing the Columbus restaurant scene, it should come as no surprise that Cameron Mitchell is still the logical starting point. Expanding to include hit concepts like The Pearl, Del Mar, and Lincoln Social, Mitchell’s stable of offerings remained at the forefront of local food and drink in the 2010s. But this was also the decade that Cam had to make room at the table, as newcomers like Corso Ventures (Short North Pint House, Forno) and A&R Creative (Market Italian Village, The Crest) looked to carve out their own gastronomic kingdoms.

Separate from the upscale dining set, a bounty of homegrown fast- casual chains hit the ground running throughout the decade. From Korean- inspired Bibibop to a taste of Nashville from Hot Chicken Takeover, these brands now dot the landscape of our neighborhoods while proving that eating local can be fast, fun, and affordable.

Along with the emergence of many new and noteworthy food and drink brands over the past ten years, several beloved Central Ohio institutions also met their tragic ends. Whether it was banging your head at a punk show in Bernie’s basement, kicking back with a cold one at the Dube, or warming your belly with a nice big plate of pasta at Mamas, you’ll always have the memories from these dearly departed joints.

Through all the ups and downs, the 2010s were the decade in which the outside world began to take notice of our city’s growing dining scene. Watershed Distillery and Middle West Spirits both burst onto the scene in 2010, immediately putting Central Ohio on the map as a destination for craft spirits. The kitchens of each distillery also earned kudos from the national food and beverage press, thanks to first-rate culinary chops that matched their quality bottled goods.

Of course, Columbus isn’t just famous for the hard stuff.

Throughout the decade, brands like Seventh Son, Wolf ’s Ridge, and Land-Grant helped fuel the city’s craft beer boom, with creative brews and taprooms that serve as indispensable neighborhood hangs. While Four String Brewing came and went, flagship brew Hilltop Heritage Lager was quickly revived, and it seems as though it’s here to stay.

A true melting pot of cultures from across the globe, Columbus’ diverse international dining scene has continued to thrive. Opening in 2013, Saraga International Grocery shared new and exciting avors while giving members of diverse immigrant populations a taste of home. Momo Ghar, a Nepali dumpling stall that got its start inside, was even featured on the Food Network.

From fine dining to top brews and food with an international flair, the 2010s put Columbus on the map as a destination for food and drink.