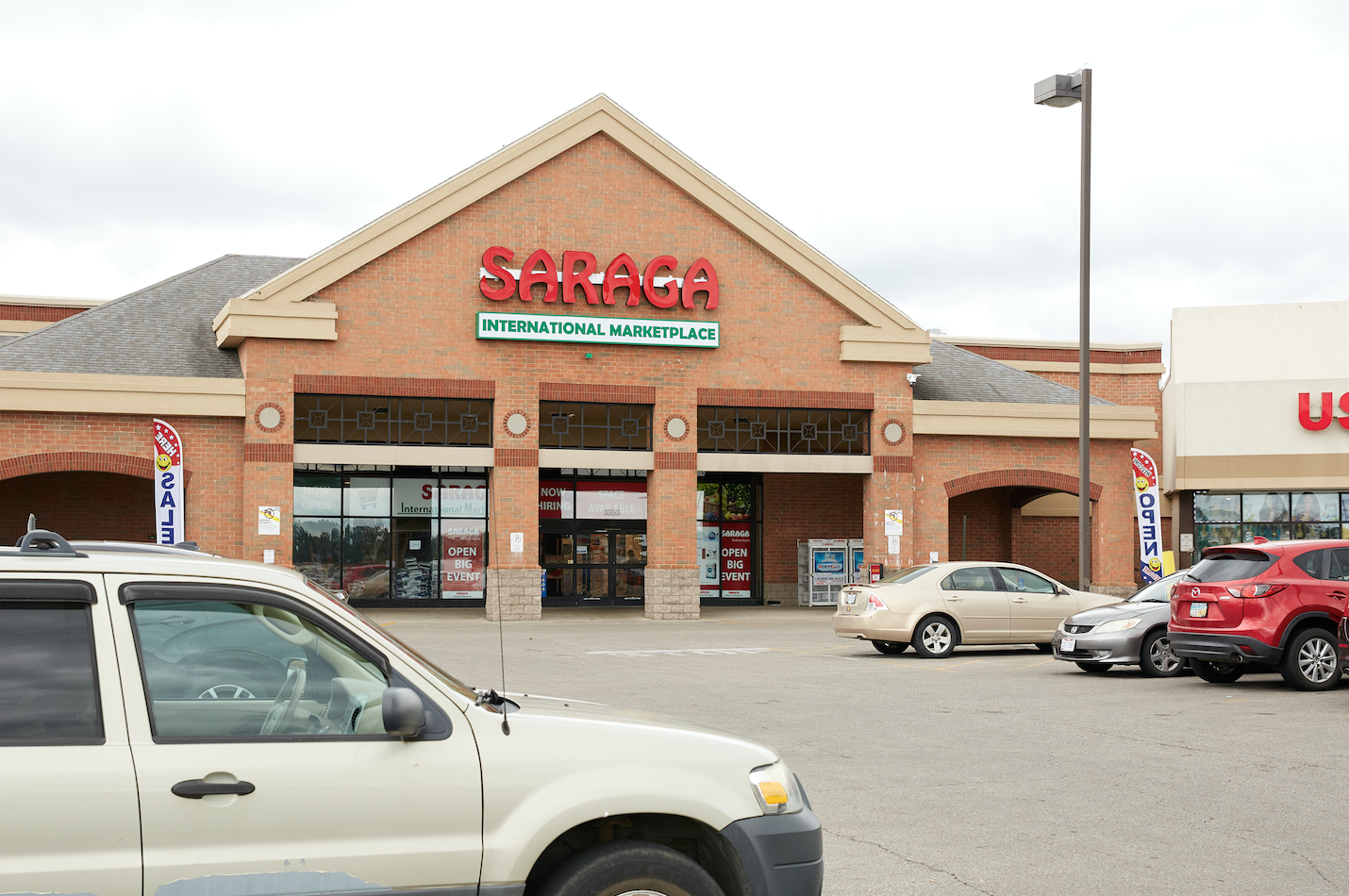 For years in Columbus and other Midwestern cities, if New Americans wanted to find the fixings for kimchi, the right brand of rice noodles, or some teff flour to bake a batch of homemade injera, they had to find and frequent small ethnic stores with a limited selection, make a substitution, or perhaps do without.

Saraga International Market opened in Indianapolis in 2005 and quickly changed that model by bringing the foods of multiple cultures to one large grocery store, providing a hub for newcomers who were longing for the flavors and textures of home. The store also became a homing beacon for foodies and experimental chefs looking to expand their palates, those who wanted to recreate the foods they had tried while visiting overseas, or those who simply find a food label written in Spanish, French, Arabic, or Mandarin to be an exciting find.

Six years ago, Saraga made its Columbus debut on Morse Road and is continuing to expand. At the end of this past May, its Cleveland Avenue store opened its doors. The new 59,000-square-foot location has everything Saraga shoppers have come to expect in quality and variety, with additional space to grow. A store on South Hamilton Road remains in the process of opening, hopefully soon ready to serve eager customers from Whitehall, Pickerington, and Canal Winchester.

When Sung says “community,” there’s the sense that the word refers to many groups: the Linden neighborhood, the immigrant community, and the number of people with a passion for world cuisine. Certainly, around the world, the marketplace is a gathering space, meant for more than just commerce. Marketplaces welcome and connect people. Saraga maintains that environment.

“I’m also an immigrant from South Korea. 30 years. I came here to the United States 30 years ago,” said Sung, describing the homesickness his family felt, the comfort that familiar food brought, and the experiences that drew him to the food industry. “We love to serve international food to everybody: Nepali, Somali, Hispanic, Central American, South American, African.”

And American. You’ll find Pringles and Coke, chicken wings, and T-bone steak among the aisles of at Saraga. In fact, domestic products are the base of Saraga’s staples, but customers from everywhere around the globe have contributed their knowledge and added to the store’s ever-growing international inventory.

The word “saraga” means “living” in Korean. “Living a life is a big challenge,” says Sung. “Immigrants come to the United States and need to find a job, make money, support a family. This is a big challenge.” Saraga the store supports people adapting to this challenge, providing food, jobs, and cultural understanding for newcomers.

In keeping with its support of the community, the new Saraga location will be home to several other vendors including a Mexican restaurant, a Paletería (ice cream parlor), a Puerto Rican bakery, and Khaja Ghar—a Nepali restaurant similar to Momo Ghar at the Morse Road location, known for its incredible traditional dumplings.

“We provide space for new entrepreneurs,” said Sung, explaining that it can be difficult for small immigrant-run businesses to get the exposure they need to develop a customer base, and the cross-pollination from the diverse clientele at Saraga helps those businesses thrive. (Indeed, Momo Ghar eventually found itself featured on the TV show Diners, Drive-Ins, and Dives.) “They get support from us, construction-wise, financial-wise, so they can start their business and they can grow.”

A grocery store is not an easy business. A large number of workers are needed and much of the stock is perishable. Saraga prefers to advertise with old-school flyers and face-to-face contact, a large business entity making itself personal and relatable to the customers who value it. But Sung’s experience seems to have been his best teacher, and he moves forward not only by a business plan, but also by a persistence that has guided him over the last 30 years, and his mission to serve.

“Every day is a challenge.”