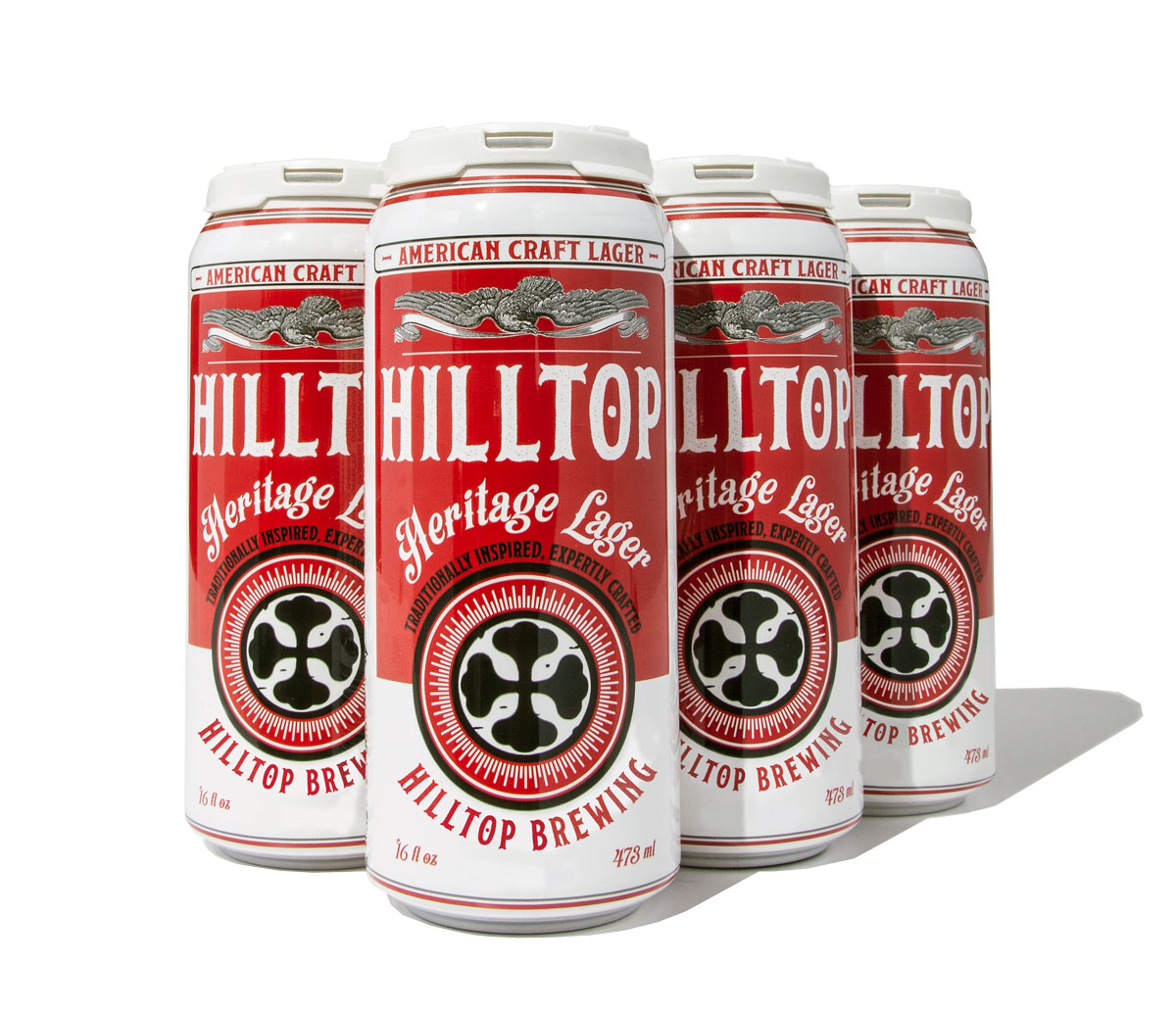 These days, Dan Cochran is busy meeting with distributors and getting marketing details ironed out for the launch of Hilltop Lager—again.

In the summer of 2018, his current situation would have seemed almost inconceivable. Hilltop Lager, a decidedly working-class brew crafted by Cochran’s Four String Brewing Company, was all but inescapable in Central Ohio. With vintage-inspired art splashed across its 16-ounce cans, Hilltop and its light counterpart quickly became fixtures in the local beer scene since launching the year before.

Originally intended to compete with the likes of PBR and Miller Lite in the crowded domestic lager category, Hilltop Lager bucked all of the trends established by the modern craft beer boom. In 2018, organizers of Columbus’ Community Festival announced that Hilltop and Hilltop Light would replace those aforementioned domestics as the fest’s only American lager options. It seemed Columbus finally had a stalwart hometown lager to call its own.

And then, without warning, it was gone.

In the fall of 2018, Four String Brewing closed its doors. For Columbus beer fans, the sudden closure of the brewery behind what was fast becoming one of the city’s most recognizable brands came as a shock. Hilltop Lager was an undeniable hit—how could have this happened? Answers were not immediately forthcoming. Cochran and Four String never issued a press release or spoke with media regarding the closure.

“I wasn’t going to let the blood get in the water, but the public were very surprised, especially with the growth of Hilltop Lager,” Cochran said. “It was just getting bigger and bigger every month. That was one of the biggest disappointments for me. We finally had this hit beer, but just a little too late.”

Months removed from what was undoubtedly one of the most painful chapters of his life, Cochran opened up about Four String’s sudden closure.

“It was really all about economics and finance,” he explained. “Our original model was to be in several states, and while we were out trying to build this business, local breweries in Columbus were doubling down and getting in deeper in this market. As a result, we weren’t selling the volume of beer that we wanted to be, and we started contracting to pay the bills. When that business went away, it was hard to replace, and frankly, we got to the point where I just had to shut the doors.”

But Cochran is not content to dwell on the past. On the contrary, since Four String’s closure, he has been working tirelessly to secure a future for Hilltop Lager.

First, Cochran reached out to his friend Blake Squires for advice. With experience in tech startups, Squires used business connections to gather a group of investors and secured the brand rights for Hilltop Lager from Four String’s lenders. It was the crucial first step in the brand’s latest chapter: a planned relaunch in the summer of 2019.

“I’m really excited that we were able to put this together as quickly as we have so we can make this summer [launch] happen. I know that the beer has been missed, and there’s just been this huge public outcry,” explained Cochran, who now serves as a consultant for the newly-founded Hilltop Brewing Company.

With the foundations of the business established, the focus shifted to establishing a plan for production. Rather than starting from scratch with a new facility, Hilltop decided that finding an established brewery to produce their products on contract would be the best course of action.

The search for a partner that could achieve the quality and volume that would be required started in Central Ohio, but the right fit could not be found. After expanding their search, Hilltop has found a home among the award-winning stable of beers at Brew Detroit in Detroit, Michigan. Brew Detroit is responsible for the modern incarnation of the heritage lager brand Stroh’s, which is in many ways a good example of what Cochran hopes Hilltop can be.

“Something I’ve said since we first started is, I want Hilltop to be the Old Style of Ohio,” Cochran explains, comparing his creation to the longstanding, culturally-ingrained brew from Chicago, Illinois.

To make Hilltop the semi-official beer of Columbus that it was born to be, Cochran recognizes the importance of bringing the brand home.

“As we grow this brand, at the top of our list is to bring production back to Columbus, Ohio. That’s important to me,” he explained.

Cochran also assures fans that the recipe of the original Hilltop Lager remains intact in its new incarnation. Hilltop is still a biscuity, easy-drinking, American-style lager packed with plenty of malted barley, incorporating adjuncts necessary for color and flavor, but never to cut costs.

Though some things remain the same, the relaunch means this brand will have to find its footing for the second time. While the future of Hilltop Lager has yet to be written, it’s hard to imagine the product that resonated so strongly with consumers will fail to find an audience following its brief departure from the market.

Speaking with Cochran, his enthusiasm for Hilltop Lager clearly runs deeper than mere business. The loss of the brand seemed to a effect him not only personally, but as someone who appreciates what a product like this can mean to a community—something for hardworking people to enjoy, identify with and depend on.

With the relaunch comes redemption. If successful, a return from the ashes of financial ruin will forever become part of the Hilltop story. It’s a brand that’s faced seemingly insurmountable hardships, and somehow overcame the odds to survive. In 2019, is there anything more American? Foreclosure couldn’t kill this beer— there’s something hopeful in that.