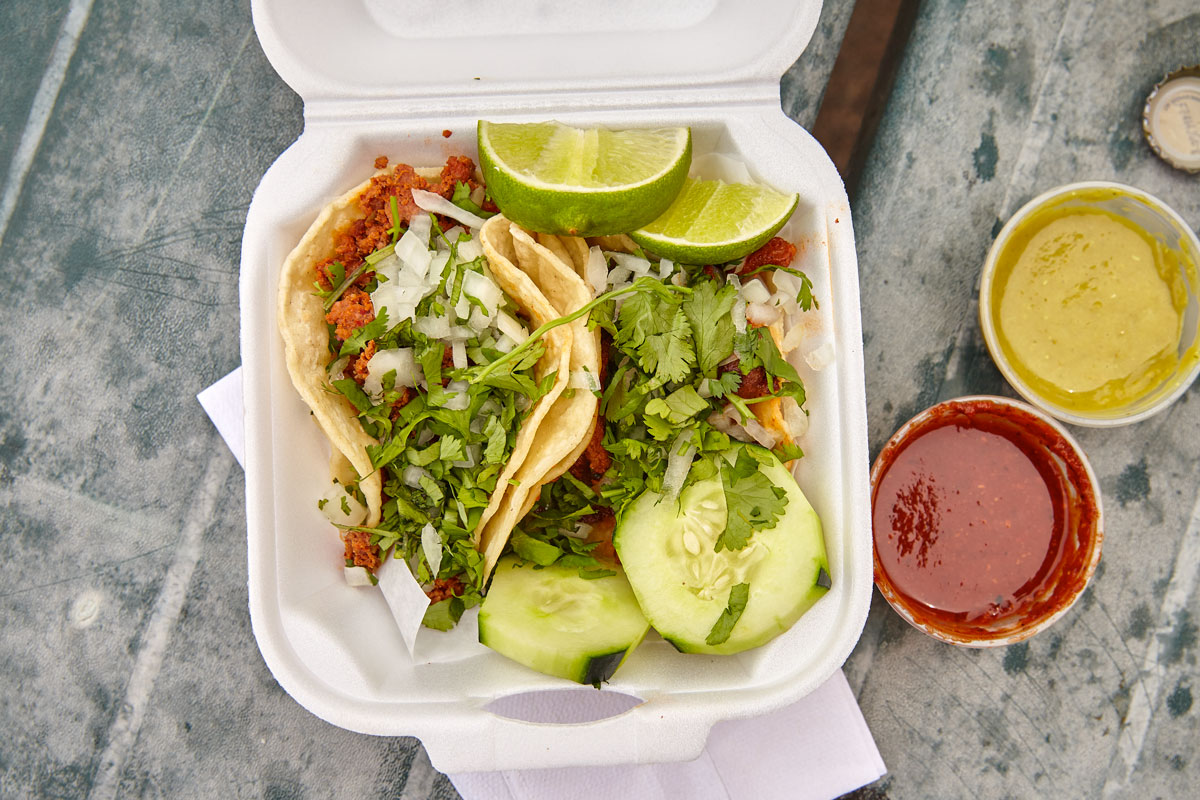 The Weekend Lookout: 9 events you need to know about

The secret is out: if you’re on the hunt for authentic, often- regional, and reliably delicious fare from south of the border, food trucks are your best bet.

Though they’re now a regular subject of thinkpieces, blog roundups, and even televised food competition shows, food trucks as we know them sprang forth from a culture of migrant groups serving and partaking of the unique flavors of a faraway home.

Since their early days, food trucks have become a familiar staple in the landscape of American food culture; finding one often takes little more than a stroll to a nearby office park around lunchtime. Like many past innovations from immigrant communities, a concept that started from necessity and convenience has been embraced by the mainstream and reworked to include food of all imaginable origins.

While attention today may fall on the hottest new chrome- spangled truck-slinging gourmet burgers or lobster rolls at $18 a go, there are still many purveyors of humble mobile eateries plugging away with the same affordable, Central-to-South American dishes that made the food truck concept a hit in the first place.

Like any locale with a sizable population of migrants from Latin-American nations, Columbus boasts an almost daunting array of traditional food trucks to choose from. As it was in the beginning, these trucks often feature cuisine from their proprietor’s hometown or region. In spite of the wheeled vehicles that house them, many of these operations can be found dependably at a fixed location that they never leave.

While Columbus is blessed with dozens of great brick-and- mortar spots serving up legit Hispanic food, OG-style taco trucks are still slinging some of the best food you’re likely to find in the area. Even if these ostensibly-mobile food vendors are out of your way, they are worth the seeking out.

You can try to Yelp your way through the taco truck tour of your dreams, but it might be easier to just get in the car and go. That’s what we did one afternoon, heading to the city’s west side where an established Hispanic community means a remarkable concentration of taco trucks-per-mile.

First up was Sabor Costeño Taqueria, a taco truck situated in the parking lot of a Shell gas station on Georgesville Rd. With an emphasis on coastal Oaxacan fare, this bright red truck featured a menu of special soups as part of their “weekend only” offerings (enticing weekend menus being a common sight at many trucks).

While the al pastor and chorizo tacos we picked up at this first stop resembled familiar onion-and-cilantro-adorned street tacos, the rich flavors of the pork placed these a cut above the ordinary. It was a sign of good things to come.

Just up the street on Georgesville was Taqueria El Buen Sabor. Deeply- ingrained fast-food impulses enticed us into trying the gorditas at this truck, but the delectable creation that passed through the window into our waiting hands bore little resemblance to the multi-tortilla’d cheese concoction at Taco Bell.

These gorditas were something like a tostada with an additional top shell. The crispy tortillas used in this preparation were made fresh on-site—a sure sign of next-level taco skills. In this dish was every texture you’d want, from the crispy- yet-delicate bite of the shell to the tender, succulent meat (chorizo again in this case). A strong undercurrent of fresh dairy from a splash of crema and queso fresco rounded out the gorditas’ exceptional avor, which at three for $10 almost demanded a second helping.

Directly following our meal, the staff at Taqueria El Buen Sabor treated our crew to a selection of fresh-squeezed tropical juices. Pulp- intact, these chilled beverages offered a refreshing come down from the hearty dishes that preceded them.

After an afternoon of pork-stuffed delights, the final stop on our taco truck trifecta offered a selection of vegetarian and vegan offerings to satisfy the veggie-inclined among us. A fairly new venture according to employees within, Arepa Picante on Sullivant Avenue is a sleek black truck specializing in Venezuelan and Mexican offerings.

As the name suggests, the arepas were the star ingredient in most of this truck’s dishes. A vegan arepa stuffed with plantains, spicy tofu, and avocado, as well as a simple black bean and cheese arepa, were among the creations we sampled that day. No matter what goes into them, these crispy, chewy, scratch- made arepas ensure that everyone leaves satisfied.

It’s worth mentioning that while each of these trucks featured its own unique flavors and vibe, the unifying factor among them was exceptionally friendly staff. Every person we spoke to on our taco tour was more than happy to answer our questions, usually with the kind of warm genuine smile that may be hard to find in the rush for lunch at your nearest fast-casual chain.

While some of the novelty may have worn off, food trucks remain a destination for those in search of authentic flavors and hard-to-find regional delights. Though our sample size was relatively small, there was still nothing we tried during our humble tour that was less than exceptional—and this was just one part of town. With countless trucks tucked away throughout the city, surely there are riches to be discovered just around the corner.